Disability and Health Stories from People Living with a Disability

Real Stories from People living with a Disability 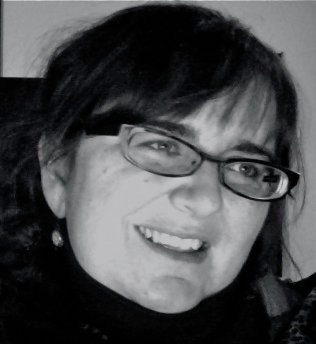 In 2008, a rare winter storm buried Portland, Oregon under more than a foot of snow. The city was gridlocked. Nickole Cheron was stuck in her home for eight days. Many people would consider that an inconvenience. For Nickole, whose muscles are too weak to support her body, those eight days were potentially life-threatening.

Born with spinal muscular atrophy, a genetic disease that progressively weakens the body’s muscles, Nickole is fully reliant on a wheelchair and full-time caregivers for most routine tasks. Being alone for eight days was not an option. So Nickole signed up for “Ready Now! pdf icon[PDF – 4.8MB]external icon ,” an emergency preparedness training program developed through the Oregon Office of Disability and Healthexternal icon.

“The most important thing I learned from ‘Ready Now!’ was to have a back-up plan in case of an emergency situation,” she said. “When I heard the snow storm was coming, I emailed all my caregivers to find out who lived close by and would be available. I made sure I had a generator, batteries for my wheelchair, and at least a week’s supply of food, water and prescription medication.”

Nickole said the training was empowering, and reinforced her ability to live independently with a disability. She felt better informed about the potential risks people with disabilities could encounter during a disaster. For example, clinics might close, streets and sidewalks might be impassable, or caregivers might be unable to travel.

Among the tips Nickole learned from Oregon’s “Ready Now!” training are:

CDC would like to thank Nikole and the Oregon Office of Disability and Healthexternal icon for sharing this personal story.

Learn about emergency preparedness for people with disabilities » 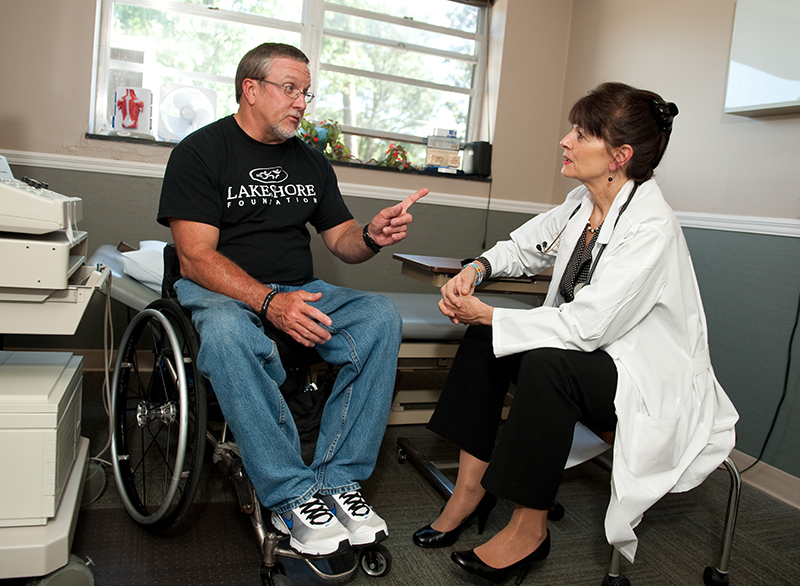 Jerry is a 53 year old father of four children. He’s independent, has a house, raised a family and his adult kids still look to him for support. Jerry recently retired as a computer programmer in 2009, and competes and coaches in several sports. This “healthy, everyday Joe, living a normal life” has even participated in the Boston Marathon.
Jerry also has had a disability for over 35 y ears. In 1976 on December 3 (the same day that International Persons with Disabilities Day is recognized) Jerry was hit by a drunk driver. The accident left him as a partial paraplegic.

Jerry’s life is not defined by his disability. He lives life just like anyone else without a disability would live their life. “There’s lots I can do, and there are some things that I can’t do,” said Jerry. “I drive, I invest money. I’m not rich, but I’m not poor. I enjoy being healthy, and being independent.”

As a person with a disability, however, Jerry has experienced many barriers. Recovering from recent rotator cuff surgery, his rehabilitation specialists “couldn’t see past his disability”, administering tests and delivering additional rehabilitation visits that a person without a disability wouldn’t receive. He once was being prepared for surgery when a nurse proclaimed “he doesn’t need an epidural, he’s a paraplegic.” Jerry had to inform the nurse that he was only a partial paraplegic and that he would indeed need an epidural.

Jerry was in line at an Alabama court house to renew his parking permit and also renew his son’s registration. He watched a worker walk down the line and ask people “what do you need?” When she got to Jerry and saw his wheelchair, he was asked “who are you here with?” And Jerry finds it difficult to go to concerts and baseball games with a large family or friends gathering, because rarely are handicap-accessible tickets available for more than two people.

Jerry has seen a lot in over 35 years as someone living with a disability. He’s seen many of the barriers and attitudes towards people with disabilities persist. But he’s also seen many positive changes to get people with disabilities physically active through recreational opportunities such as golf, fishing and even snow-skiing. There are now organizations such as Lakeshore Foundationexternal icon – where Jerry works part-time coaching youth basketball and track – that provide recreational opportunities.

Jerry states: “I don’t expect the world to revolve around us. I will adapt – just make it so I can adapt.” 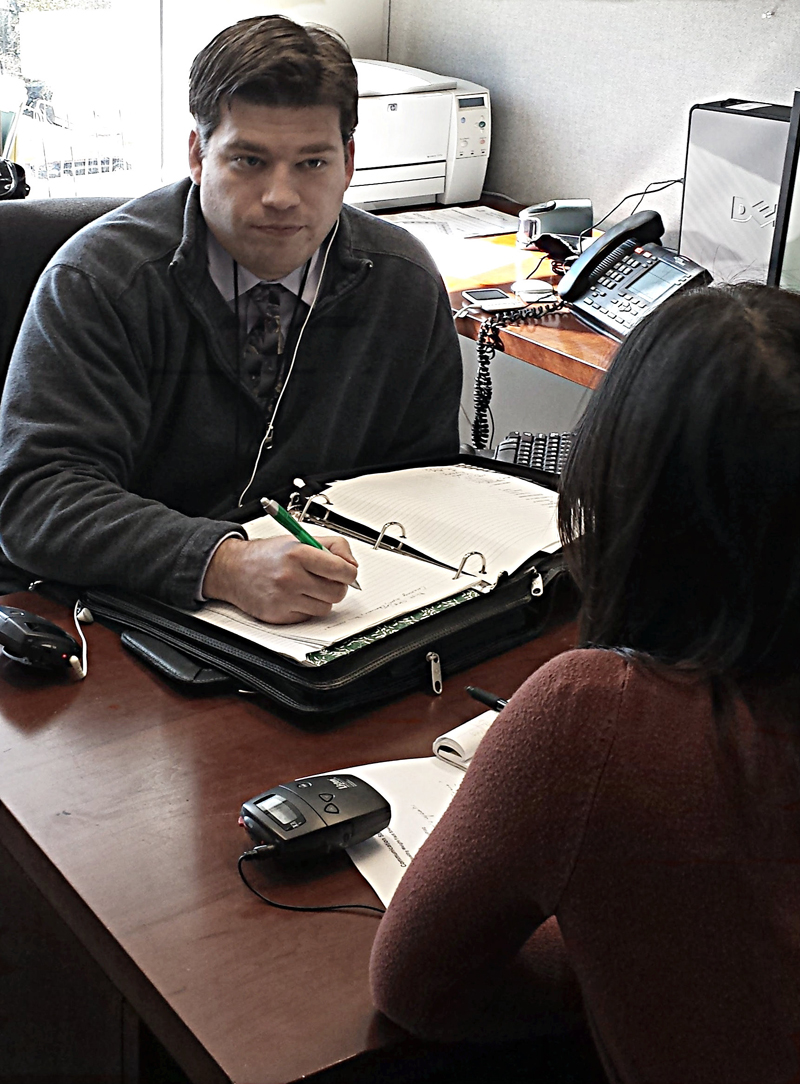 Justin was first diagnosed with a disability in the form of ADD (attention deficit disorder, now known as ADHD, or attention-deficit/hyperactivity disorder) at the age of 5 years. The diagnosis resulted in his removal from a regular classroom environment to special education courses. Justin’s parents were informed by Justin’s educators that he probably wouldn’t graduate high school, much less college.

Years later, as a young adult, Justin developed Meniere disease (an inner ear disorder), which affected his hearing and balance. The onset of the disorder left Justin with the scary reality that he could permanently lose his hearing at any time. Justin recalled a former supervisor taking advantage of this knowledge with an inappropriate prank: While speaking in a one-on-one meeting, the sound from the supervisor’s mouth abruptly halted, while his lips continued to move. Justin thought he had gone deaf – until the supervisor started laughing – which Justin could hear. Behaviors like the above took its toll on Justin’s confidence – yet, he knew he could contribute in society.

Spurred in part by adversity, Justin went back to school, earned a business degree, and shortly after, entered the commercial marketing industry. However, despite his education and experience, Justin was still regularly subject to the same stigma. Many of Justin’s work experiences over the course of his career left him feeling ashamed, guilty, offended, and sometimes, even intimidated. Rather than instilling confidence, it left him demoralized – simply because he was differently abled.

In July of 2013, everything changed for Justin. He joined the Centers for Disease Control and Prevention working as a contractor in the Division of Human Development and Disability at the National Center on Birth Defects and Developmental Disabilities. Justin’s colleagues put an emphasis on making him feel comfortable and respected as a member of a diverse and productive workforce. They welcomed Justin’s diversity, positively contributing to his overall health.

The mission of the Division of Human Development and Disability is to lead public health in preventing disease and promoting equity in health and development of children and adults with or at risk for disabilities. One in two adults with disabilities does not get enough aerobic physical activity1, and for Justin, regular physical activity is important to help him combat potentially lethal blood clots due to a genetic blood clotting disorder that he has. Every working hour, Justin walks for a few minutes, stretches, or uses his desk cycle. Justin also participates in walking meetings, which he believes leads to more creative and productive meetings.

Stories such as Justin’s are reminders that employment and health are connected. CDC is proud to support National Disability Employment Awareness Month every October. The awareness month aims to educate about disability employment issues and celebrate the many and varied contributions of America’s workers with disabilities.

Suhana has a sister, Shahrine, who is older by 18 months. While Shahrine’s mother was pregnant with Suhana, their uncle came to town for a visit. During the visit, their uncle was quick to notice that Shahrine did not seem to be talking at an age appropriate level or respond when called upon. Shahrine would also turn up the volume on the television and radio when others could hear it without difficulty. Shahrine’s parents thought that her speech development and behavior were normal for a toddler, but thanks to the uncle expressing his concerns, the family soon took action. A hearing test found that Shahrine was hard of hearing.

As a result of their early diagnoses, Suhana and Shahrine’s parents were able to gain the knowledge they needed to make sure both of their children could reach their full potential in life. They had access to early services from a team of physicians, speech therapists, counselors, and teachers.

Suhana credits her parents for her own successes, saying that she couldn’t have made it as far as she has without their support and patience. Today, Suhana is employed at the Centers for Disease Control and Prevention (CDC) as an epidemiologist with the agency’s Early Hearing Detection and Intervention (EHDI) program. All children who are deaf or hard of hearing receive critical services they need as a result of the EHDI program, which funds the development of data systems and provides technical assistance to help improve screening, diagnosis and early intervention for these infants. When children who are deaf or hard of hearing receive services early, they are more likely to reach their full potential and live a healthy, productive adult life.

CDC is proud to support National Disability Employment Awareness Month every October. The goals of the awareness month are to educate the public about disability employment issues and celebrate the many and varied contributions of America’s workers with disabilities.