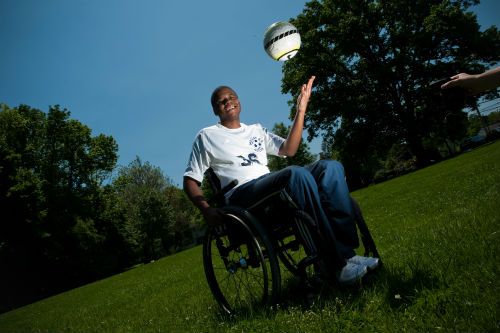 Adults with disabilities from some racial and ethnic groups are more likely to smoke and be obese. Income and education may also be related to these behaviors.

The Journal of Racial and Ethnic Health Disparities has published a new study looking at the relationship between income and education, and two health behaviors—smoking and obesity—among people with disabilities from different racial and ethnic groups. To conduct this study, CDC researchers used information reported by respondents to the 2007-2010 Behavioral Risk Factor Surveillance System surveys. Researchers found that the proportion of adults living with disabilities varies by race and ethnicity, with the highest among American Indian/Alaska native adults (3 in 10) and lowest among Asian adults (1 in 10). Similar to people without disabilities, people with disabilities with low levels of income or education are more likely to smoke or be obese. However, according to this study, how income and education relate with smoking and obesity differs by race and ethnicity.

Read a scientific summary of the article.external icon

The infographic below shows the percentage of people with disabilities in each racial and ethnic group who report that they are obese or that they smoke. 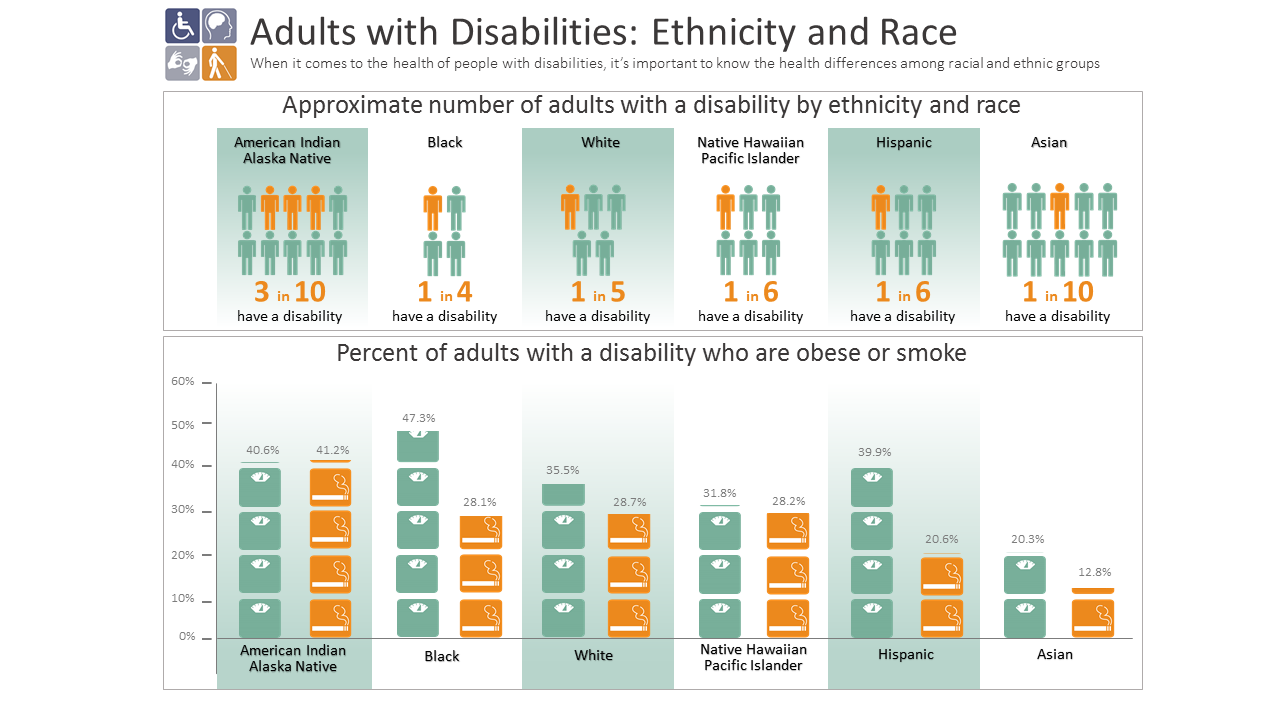 Health promotion and disease prevention programs focusing on smoking and obesity that are inclusive, not only of people from diverse racial and ethnic groups, but also inclusive of people with disabilities may help. This can be done by

CDC’s Disability and Health Branch monitors the health of people with and without disabilities, and supports the inclusion of people with disabilities in public health programs that prevent disease and promote healthy behaviors. In addition, CDC works to eliminate barriers to health care and improve access to routine preventive services.

CDC supports 19 state-based disability and health programs and two National Public Health Practice and Resource Centers, which promote healthy lifestyles and work to improve quality of life for people with disabilities. The primary goals of the state programs are to

CDC also maintains Disability and Health Data System (DHDS), an online interactive tool that provides instant access to state-level, disability-specific health data. Users can customize the disability and health data they view, making it easy to identify health differences between adults with and without disabilities.

Find out more about CDC’s Disability and Health at
https://www.cdc.gov/ncbddd/disabilityandhealth/index.html