Autism spectrum disorder (ASD) continues to affect many children and families. Services and support are critical now and as these children grow into adolescence and adulthood. More needs to be done to ensure that all children are evaluated as soon as possible after developmental concerns are identified. 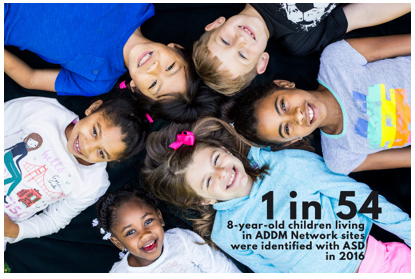 For more than two decades, findings from CDC’s Autism and Developmental Disabilities Monitoring (ADDM) Network have helped us understand more about the number and characteristics of children with ASD, as well as the age at which these children are first evaluated and diagnosed.

To learn more about these findings, read the 2020 Community Report on Autism or the scientific reports.

Knowing how many children have ASD is just part of the picture.

The ADDM Network also helps us understand more about the characteristics of children with ASD, such as age of diagnosis and intellectual ability. These findings help us identify ways in which we have been successful in supporting children and families and highlight areas where we need improvements.

For the first time, ADDM Network data found no overall difference in the number of black children identified with ASD compared to white children.

This is good news, and highlights the important work communities are doing to have all children screened for ASD. However, the data also found that some differences between groups still exist:

These differences mean that certain groups of children may not be getting the services they need to reach their full potential. More work is needed to improve identification of children with ASD within these communities.

Communities are improving on finding children with ASD at younger ages.

Service providers, such as healthcare organizations and school systems, researchers, and policymakers can use ADDM Network findings to

Together, those who work with or on behalf of children—from healthcare providers to educators to community advocates—can ensure that all children with ASD are identified and connected to the services they need as early as possible.

Parents should take two important steps if they suspect their child might have ASD: 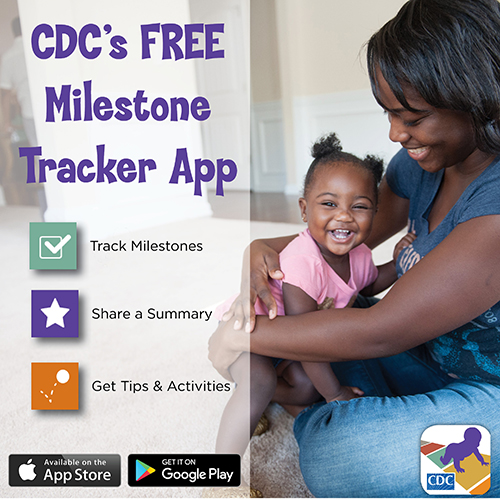 CDC’s FREE Milestone Tracker app makes it easy for parents to track, support, and discuss their young child’s development with their child’s healthcare provider. Many children with a developmental disability are not identified until after starting school. Early intervention (before school age) can not only have a significant impact on a child’s ability to learn new skills, but also reduces the need for costly interventions over time.

The app is available in both English and Spanish. Download it for FREE in the App Storeexternal icon and on Google Playexternal icon.

Parents should remember that it’s never too late to get help for their child, and an ASD diagnosis from a doctor is not necessary for a child to begin receiving some types of services. For more tips on what parents and others can do when there is a concern, visit CDC’s If You’re Concerned website.

**Data come from the Early ADDM Network, a subset of six communities from the broader ADDM Network of 11 communities that collect information about ASD prevalence and early identification among 4-year-old children.