Since CDC began funding Injury Control Research Centers (ICRCs) in 1987, the ICRCs have advanced the injury and violence prevention field. The following success stories detail the important work ICRC’s do to study injuries and violence and to put their research findings into action to save and protect lives. 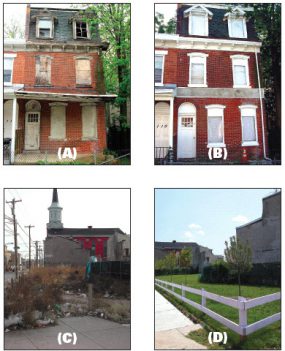 The recent economic downturn and job losses have left many U.S. cities with blighted neighborhoods full of abandoned lots and buildings. The University of Pennsylvania Injury Science Center (Penn Injury Science Center) conducted groundbreaking experimental research based on principles from Crime Prevention through Environmental Design. Penn Injury Science Center studied the impact of low-cost repairs to abandoned buildings and vacant lot greening on residents’ health, safety, and quality of life. For the past decade, they partnered with Philadelphia and a half dozen other cities around the United States to study what happened when these cities used inexpensive, readily implemented interventions to clean, repair, and green nearly 10,000 abandoned buildings and vacant lots. These blight remediation programs are straightforward and quickly implemented—graffiti and trash removal, simple installation of new windows and doors, planting grass and trees, and installing basic wooden fences—yet immediately evident to grateful city residents. These interventions are easy to scale and adapt to many different urban environments. Penn Injury Science Center completed large, randomized controlled trials of these same abandoned building and vacant lot remediation strategies in other communities, even beyond Philadelphia, with additional federal and private funds.

The impact of these simple improvements is remarkable. City-wide, areas around remediated abandoned buildings had a 39 percent drop in gun assaults, 19 percent drop in other assaults, and a 16 percent drop in nuisance crimes. Vacant lot greening also led to significant, long-term reductions in gun violence (8 percent drop) and vandalism, and residents’ reporting less stress and more exercise. Every dollar invested in these remediation programs returned anywhere from $5–$333 in violence related-costs that were averted. Word of the projects’ successes has also spread, leading the Penn Injury Science Center to now link with partners in Louisiana, Michigan, New Jersey, Ohio, Virginia, and other states in remediating hundreds of additional blighted spaces in new cities and evaluating the impact.

In 2015, one of every 10 U.S. high school students reported being sexually or physically victimized during a date in the last year. To address this issue, researchers at the University of North Carolina Injury Prevention Research Center (UNC IPRC) designed Safe Dates, a teen dating violence prevention program for middle and high school students. Safe Dates is highly engaging and interactive and helps teens recognize the difference between caring, supportive relationships and controlling, manipulative, or abusive dating relationships. 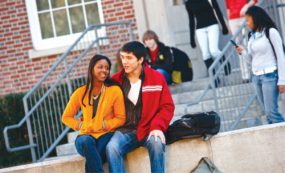 As a result of the program’s proven success, Safe Dates has become one of the most extensively used and endorsed teen dating violence programs. It is designated as a Model Program by the Substance Abuse and Mental Health Services Administration and was selected for the National Registry of Evidence-based Programs and Practices (NREPP)external icon, a prestigious national registry that promotes the adoption of scientifically proven behavioral health interventions. This highly rated model has been adopted in more than 20,000 locations and has reached more than 1.68 million youth in the United States, Canada, Chile, Greece, Iceland, Ireland, Japan, the Netherlands, Switzerland, Taiwan, Thailand, and the United Kingdom. In addition, Safe Dates has been added to CDC’s 2016 STOP SV: Technical Package to Prevent Sexual Violence pdf icon[PDF – 3 MB],  which helps communities and states design effective prevention activities and represents a select group of strategies with the greatest potential to reduce sexual violence and its consequences. 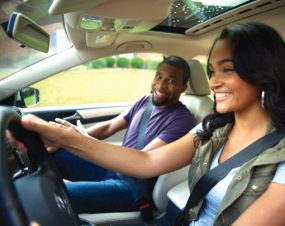 The University of Iowa Injury Prevention Research Center (UI IPRC) brings together experts in many different fields to discover ways to prevent injuries and violence in rural communities. UI IPRC partnered with Blank Children’s Hospital and the Public Policy Center to evaluate an intervention for parents to improve communication with and supervision of their teens who were learning to drive—particularly in rural settings. Participating teens reported a 21 percent decrease in risky driving. The program is now being translated into workplace wellness programs of three Iowa companies and has garnered $3.5 million in additional funding.

In addition, road traffic safety team efforts have led to safer roadways locally, nationally, and internationally. The UI IPRC conducts the Iowa Child Passenger Safety Seat Survey, funded through the Governor’s Highway Traffic Safety Bureau, and has leveraged this design to conduct child passenger occupant surveys in other communities internationally, some of which have led to hospital-based programs to increase child restraint use. This example highlights how the wide-reaching impact that ICRC research conducted in local settings can have an impact nationally and internationally.

The Mount Sinai Injury Control Research Center at the Icahn School of Medicine is working with the Texas Juvenile Justice Department to reduce criminal offenses and violent crimes among youth offenders with and without traumatic brain injury (TBI). They adapted their evidence-based cognitive rehabilitation intervention originally developed for adults with TBI to a youth population. The Youth Short-term Executive Plus (Y-STEP) intervention, which focuses on improving cognitive processing and emotional self-regulation, is being implemented and evaluated in the El Paso Juvenile Justice Center. To date, interim analysis indicates that youth participating in Y-STEP had a 44% reduction in recidivism (person’s relapse into criminal behavior). Recidivism is measured by criminal acts that resulted in re-arrest, reconviction or return to prison with or without a new sentence during a three-year period following the prisoner’s release.