Group B strep (GBS) bacteria can cause severe infection in people of all ages. However, certain people are at increased risk. Early-onset GBS disease can be prevented through intrapartum antibiotic prophylaxis. No effective strategy has yet been identified for how to prevent late-onset disease or adult disease. 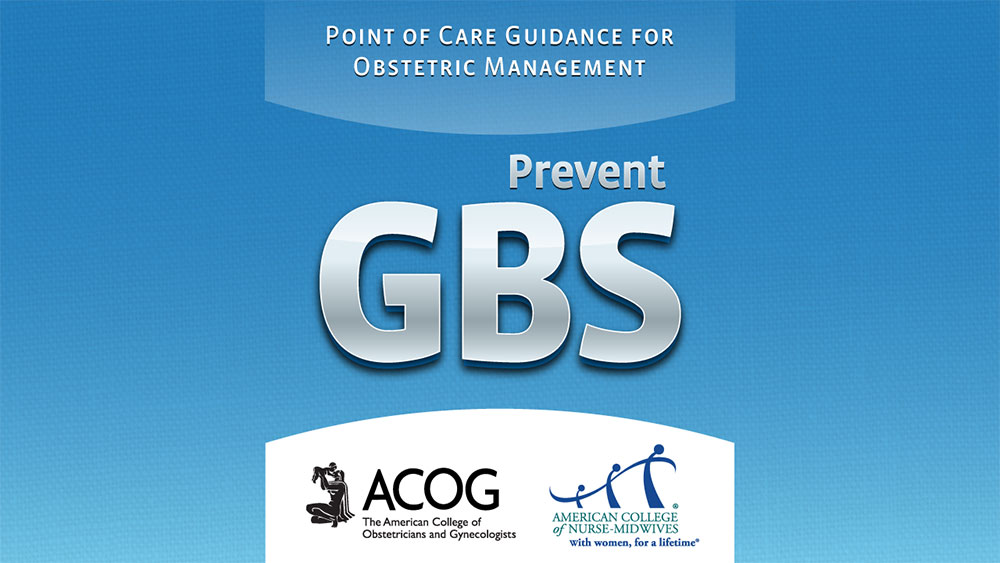 Prevent GBS is a free app available for iOS and Android devices. The app allows prenatal care providers to easily access patient- and scenario-specific GBS guidance from anywhere and at any time.

Learn more about the app.

Both can manifest as bacteremia, sepsis, pneumonia, and meningitis.

In adults, severe infections most commonly manifest as bacteremia (including sepsis) and skin and soft tissue infections.

Pregnancy-related infections and complications include:

Approximately 28,010 cases of invasive GBS disease occur annually in the United States in all age groups. This number includes invasive disease that manifests most commonly as bloodstream infections. In newborns, approximately 7,600 cases occurred before widespread adoption of prevention guidelines. The rate of early-onset infection decreased from 1.7 cases per 1,000 live births (1993) to 0.2 cases per 1,000 live births (2020). Racial disparities in disease persist with the incidence higher among African American persons for all age groups. Learn more about GBS trends.

Neurologic sequelae include sight or hearing loss and cerebral palsy. Death occurs in about 5% of infants and adults.

Asymptomatic carriage in gastrointestinal and genital tracts is common. Intrapartum transmission via ascending spread from the vagina occurs. Mode of transmission of disease in non-pregnant adults is not completely known.

Adults with chronic illnesses (e.g., diabetes mellitus, obesity, cardiovascular disease), pregnant and postpartum women, the fetus, and the newborn are at risk for GBS disease.

For neonatal disease, risk is higher among infants born to women with

Early-onset GBS disease can be prevented through intrapartum antibiotic prophylaxis. However, no effective strategy has yet been identified for how to prevent late-onset disease or adult disease.

Public health experts are working to

The widespread use of intrapartum antibiotic prophylaxis to prevent early-onset GBS disease has raised concern about the development of antibiotic resistance among GBS isolates.