Welcome to Poliopolis! You’ll spend the next 28 days in a container village to help us test a new polio vaccine. Poliopolis is equipped with all the amenities to make your stay comfortable: air-conditioned private rooms with workstations and sinks, a lounge area with a flat screen TV and foosball table, a fitness room with a variety of exercise equipment, and a bright, sunny dining area. Enjoy your stay!

Sounds like a scene from a science fiction story, right? But this is a real polio vaccine trial that took place in a parking lot at the University of Antwerp, Belgium in mid-2017. The study, funded by the Bill and Melinda Gates Foundation, evaluated two novel oral polio vaccine candidates. These vaccine candidates were developed by scientists from CDC’s polio laboratory, the National Institute for Biological Standards and Control, United Kingdom, and University of California, San Francisco, with support from the U.S. Food and Drug Administration.

Polio, or poliomyelitis, is a highly infectious disease caused by poliovirus. It can cause lifelong paralysis and can be deadly. There are two kinds of polio vaccine: inactivated poliovirus vaccine (IPV, which is given as a shot) introduced in 1955, and oral poliovirus vaccine (OPV) introduced in 1963. Originally, these vaccines both contained the three types of polioviruses: types 1, 2, and 3. IPV still contains all three types; OPV now contains types 1 and 3 (see sidebox “Global switch to bivalent OPV”). 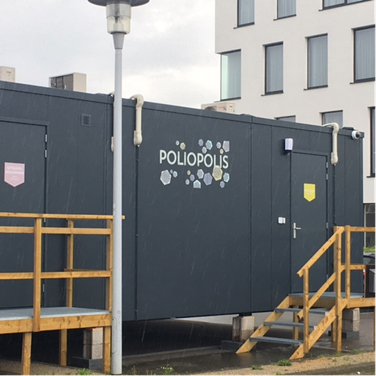 Thanks to these effective vaccines and dedicated healthcare professionals and public health officials, the world is closer than ever to eradicating polio. Both IPV and OPV are used globally and both protect individuals from polio disease. Unlike IPV, OPV consists of live attenuated (weakened) viruses. Historically, OPV has been used for mass vaccination campaigns to prevent the spread of poliovirus. OPV induces gut immunity, which reduces shedding of poliovirus in stool and thus limits virus spread from person to person. Unfortunately, there is a small risk that traditional OPV can mutate, and if there is poor vaccination coverage, the vaccine virus can spread from person to person. Over long periods of time, mutations can on rare occasions lead to the OPV vaccine strain becoming harmful and causing cases and outbreaks of polio.

“Polio vaccines have brought polio to the threshold of eradication. Wild polioviruses have been nearly knocked out worldwide, but the normally highly safe and effective OPV has ‘gone feral’ [genetically reverted] in a few countries, which indicates the need for new, more genetically stable OPV strains for use in vaccine stockpiles for outbreak response,” says Cara C. Burns, PhD, team leader for the Molecular Epidemiology and Surveillance Lab, and Deputy Branch Chief, Polio and Picornavirus Laboratory Branch (PPLB), Division of Viral Diseases (DVD).

For this reason, two novel type 2 oral polio vaccine (nOPV2) candidates are being evaluated in the study at the University of Antwerp, one of which was developed by scientists in PPLB. The nOPV2 candidates protect against type 2 poliovirus. Scientists believe these vaccines will provide the same protection against polio as the currently available OPV but without the risk of spawning and spreading vaccine-derived poliovirus (VDPV). The poliovirus type 2 component of trivalent OPV used until recently accounts for most VDPV cases worldwide. These two nOPV2 candidate vaccines are the first new oral polio vaccines administered to humans since the 1960s.

To house the study participants, the University of Antwerp built a village made of 66 shipping containers in their parking lot. The 20-bed container village, dubbed Poliopolis, held two groups of fifteen participants to evaluate the nOPV2 candidates. All the participants had received IPV as children, and therefore, were not at risk of contracting polio. Participants stayed in Poliopolis up to 28 days, or until no poliovirus was detected in any of their stool samples. After vaccination with OPV, it is normal for poliovirus to be detected in stool (viral shedding). However, scientists hope that with the nOPV2, less virus will be shed into the stool and the virus will be more genetically stable, compared with traditional OPV.

PPLB has led the testing of trial samples for immunogenicity (activation of the immune response) and measuring the amount of virus shed in stool. The container village included clinic rooms for collecting samples and laboratory rooms for processing samples before shipment to PPLB. The polio laboratory tested the samples to assess whether the vaccines induce protective antibodies like the currently available vaccines. PPLB scientists are also conducting a shedding analysis to measure the amount of virus shed in stool and how long virus is shed.

The world is closer than ever to eradicating polio. The last case of wild poliovirus (WPV) type 2 was seen in 1999, and the virus was declared eradicated in 2015. The last case of WPV type 3 was reported in Nigeria in 2012; WPV type 1 still circulates in three countries (Pakistan, Afghanistan, and Nigeria), with only 16 cases globally, in Pakistan and Afghanistan, to date in 2017.

The global eradication of polio requires the cessation of all OPV use in routine immunization schedules, as soon as possible after the eradication of WPV transmission. In April 2016, WHO coordinated global cessation of all use of trivalent OPV, containing types 1, 2, and 3, and replacement of this vaccine with bivalent OPV, containing types 1 and 3.

For more information and updates about the global switch from tOPV to bOPV, visit WHO’s Immunization, Vaccines, and Biologicalsexternal icon Department webpage.

Because CDC has been involved in both the development and testing phases, these two phases have been kept separate throughout the vaccine trial. The identity of each vaccine candidate was not revealed until after testing was completed, to prevent bias.

“None of this would be possible without the dedicated laboratorians who put in long hours and work on nights and weekends to ensure the testing was completed on-time. A short turn-around times for reporting test results was necessary in order to verify that shedding of vaccine virus had stopped,” says Will Weldon, PhD, team leader for the Population Immunity Lab, PPLB. “CDC has one of the only labs in the world with the capacity to handle both the large number of specimens and the short turn-around-time time needed.”

Several teams within PPLB have been involved in the study from development to testing, including the Vaccine Development Team, Molecular Epidemiology and Surveillance Team, and Population Immunity Team. The Picornavirus Team also played a role by developing assays used in the study.

“It’s quite a unique and rare experience as a research scientist to see something developed at the laboratory bench progress to the clinic or field. The Vaccine Development Team, as well as many others in PPLB who have contributed to the nOPV project for nearly two decades, are thrilled for the opportunity to see our nOPV2 candidate vaccine progress from idea to development to now clinical testing. Our hope is that nOPV will serve as an important tool in the final push toward a polio-free world,” says Jennifer Anstadt, PhD, team leader for the Vaccine Development Lab, PPLB.

Eradication of polio is a priority for CDC and its global partners. While we are closer than ever to eradicating polio, the disease remains a threat in some countries. Strong polio vaccination efforts must continue globally. The new, more genetically-stable, live, attenuated vaccines will provide another critical resource for global polio eradication. Additional new OPV candidates that protect against poliovirus types 1 and 3 are also being developed with support from CDC. If these vaccines are successful, they will be held in a global stockpile for outbreak response use.

“A new oral polio vaccine could be the final element in the polio eradication puzzle,” states Dr. Burns. “It could be used as a backup plan for outbreak response, if VDPVis still circulating after all wild poliovirus has been eradicated.” 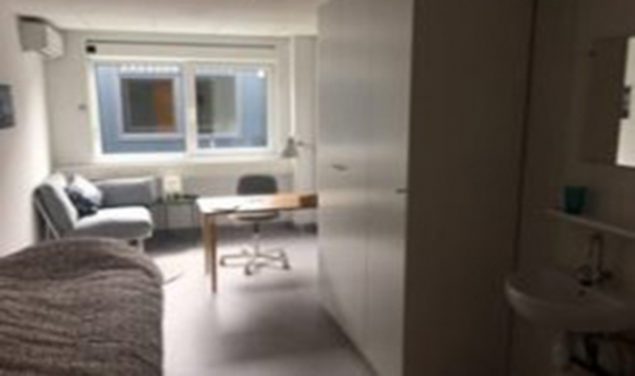