Meet flu fighter Madi Allen from Jacksonville, Illinois. Madi is a junior board member for Families Fighting Flu, a nonprofit organization dedicate to protecting children, families, and communities against the flu. Madi promotes the importance of getting a flu vaccine by sharing her story about being hospitalized with flu at age 12. 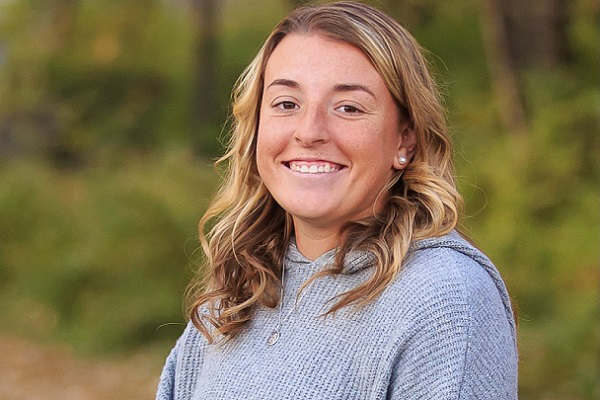 1. Why is fighting flu important to you, and how has it impacted you personally?

In February of 2011, when I was 12 years old, I contracted flu and became extremely ill. I had not received the flu shot that season. My parents had to rush me to our city’s local hospital, where I was diagnosed with double pneumonia. It was so severe I had to be transported by helicopter to another hospital that could treat my illness. There I was intubated and placed in a coma for five weeks. In total, I was hospitalized for 93 days. Once I had recovered and was discharged, I had to go through several months of physical therapy. Fortunately, I was healthy enough to play soccer that fall as a goalie for my team. I even recovered well enough so that when I went to college, I was able to play soccer throughout all four years.

In January of this year, 10 years after my flu hospitalization, I had to have half of my lung removed because of the damage from the initial flu infection. The hope is that by having this surgery it will protect my other lung, so I will never have to go on a lung transplant list. I take 5-7 medications a day, plus a nebulizer treatment and vest therapy treatments twice a day to keep my lungs healthy.

2. What would you say to others who are hesitant to get a flu vaccine?

I would recommend having them reach out to their health care providers about flu vaccines since they are knowledgeable about the vaccine and how it protects you from the virus. For me, I find that telling my story educates people about how serious the flu can be, and in response, it makes them want to get vaccinated. Families Fighting Flu stories like mine can help combat flu vaccination hesitancy. Nowadays, people often trust what they see online and personal stories feel more real.

3. What lead you to be involved in Families Fighting Flu?

I started working with Families Fighting Flu when I was a sophomore in high school because personal stories are an important way to get people to take the flu seriously. I am a member of the Families Fighting Flu junior board, a group of young adults who work to spread the word about flu and flu vaccination to a younger audience. People our age are more likely to listen to their peers than to people older than them, so we use our networks to educate.

4. How are you taking a stance to fight flu?

I use my story to motivate people to get vaccinated so that they don’t have a story like mine. My outreach has helped increase vaccination amongst members of the public that have heard my story.