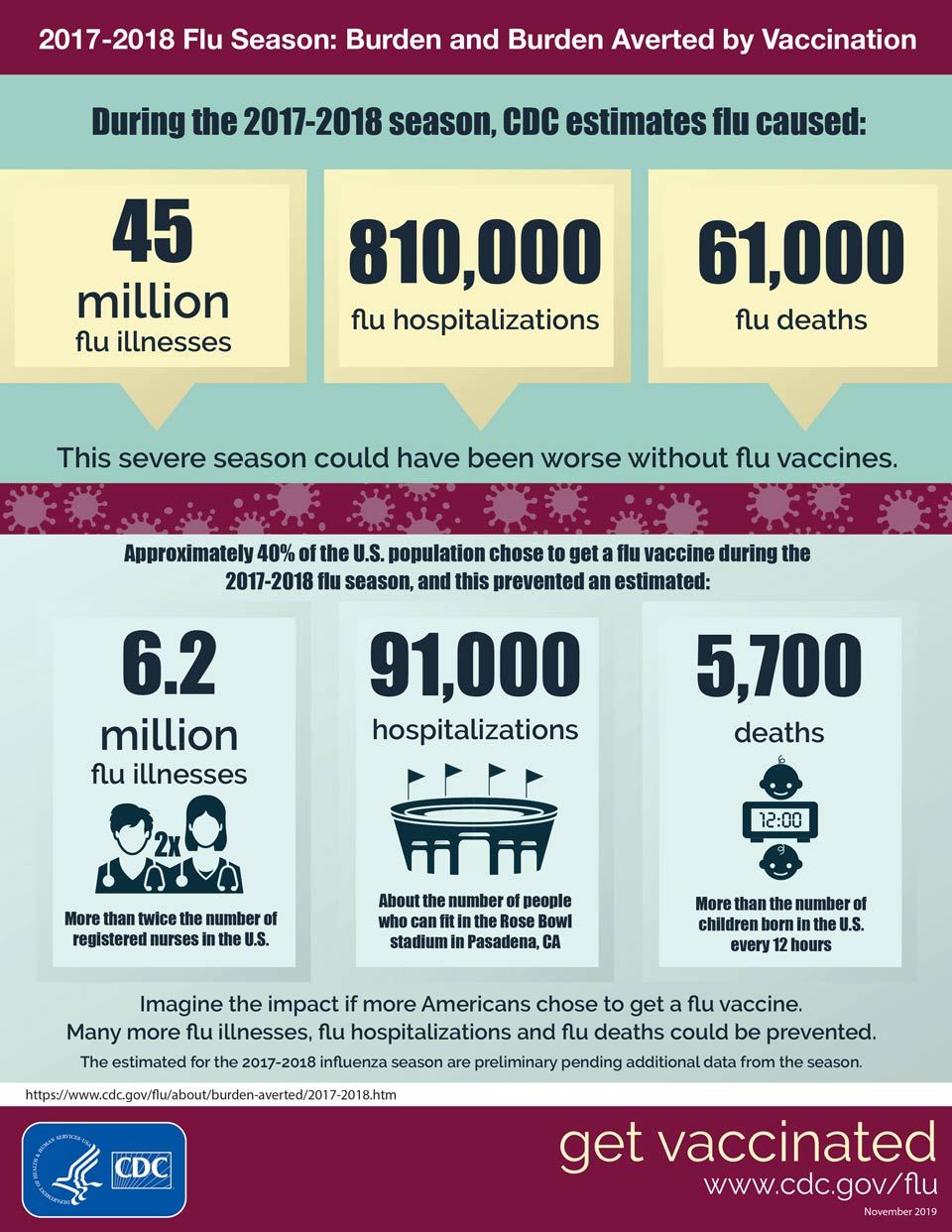 This severe season could have been worse without flu vaccines.

Approximately 40% if the U.S. population chose to get a flu vaccine during the 2017-2018 flu season, and this prevented an estimated:

6.2 million flu illnesses, more than twice the number of registered nurses in the U.S.

91,000 hospitalizations, about the number of people who can fit in the Rose Bowl stadium in Pasadena, CA

Imagine the impact if more Americans chose to get a flu vaccine.

Many more flu illnesses, flu hospitalizations and flu deaths could be prevented.