Division for Heart Disease and Stroke Prevention At A Glance

The leading preventable risk factors for heart disease and stroke are high blood pressure, high LDL (bad) cholesterol, smoking, poor nutrition, lack of physical activity, type 2 diabetes, and obesity. With an FY 2019 budget of $165 million, CDC’s Division for Heart Disease and Stroke Prevention works to reduce these risk factors, especially for groups affected by health disparities, which are differences in health across different geographic, racial, ethnic, and socioeconomic groups. To meet this goal, CDC works to: Measure how many Americans live with, are treated for, or die from heart disease and stroke. Study interventions to find out what works best to prevent heart disease and stroke and to develop tools for partners to use. Fund and guide states, cities, tribes, and territories to use interventions to prevent and manage heart disease
and stroke. Share information to help all Americans understand the risk factors for heart disease and stroke and how to prevent and reduce them.

Nothing kills more Americans than heart disease and stroke. More than 868,000 Americans die of heart disease, stroke, or other cardiovascular diseases every year—that’s one-third of all US deaths. These diseases also take an economic toll, costing $214 billion a year to our health care system and causing $138 billion in lost productivity from premature death alone. One hundred and eight million people have high blood pressure (defined as having blood pressure of 130/80 mm HG or higher or taking medicine to control blood pressure), a key risk factor for heart disease and stroke. 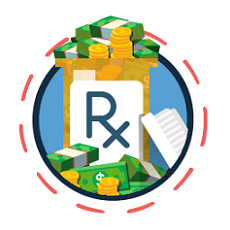 in lost productivity
from premature death CDC funds heart disease and stroke prevention and management activities and interventions in states, local areas, tribes, and US territories through several cooperative agreements. In FY 2019, CDC used these cooperative agreements to award about $82 million to all 50 states, the District of Columbia, 12 tribes, 23 tribal-serving organizations, 5 large cities or counties, and 2 groups of city and county health departments to: CDC provides funding and guidance to nine states to collect and study data on the quality of acute stroke care through the Paul Coverdell National Acute Stroke Program. This information is used to identify gaps in care.

CDC then works with funded states to develop and improve care—from the onset of stroke symptoms through ambulance transport, hospitalization, and discharge to home—and to increase awareness of the signs and symptoms of stroke.

Since the 1970s, death rates for cardiovascular disease have gone down by more than half, and stroke has dropped from the third to fifth leading cause of death. Since 2005, Coverdell Program has improved the quality of stroke care for more than 1 million stroke patients across 13 states and 794 hospitals. 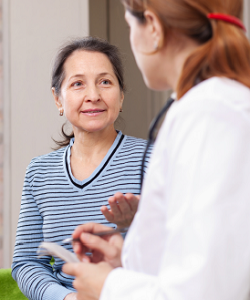 The WISEWOMAN (Well-Integrated Screening and Evaluation for WOMen Across the Nation) program works to reduce heart disease and stroke risk factors for low-income women aged 40 to 64 who have little or no health insurance.

WISEWOMAN consists of 24 programs in 21 states and 3 tribal organizations that offer preventive health services to women who participate in the National Breast and Cervical Cancer Early Detection Program. It promotes a team-based approach to medical care, where patients and their doctors work with nurses, pharmacists, and community health workers.

The program’s preventive services include blood pressure, cholesterol, and diabetes screenings. Women are counseled about their risk of heart disease and stroke and referred to lifestyle programs and other community resources that can help them control their blood pressure, eat a healthier diet, be physically active, and quit smoking. 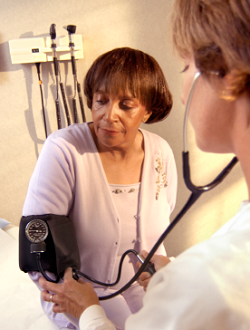 Million Heartsexternal icon® 2022 is a national initiative co-led by CDC and the Centers for Medicare & Medicaid Services to prevent 1 million heart attacks and strokes within 5 years. It focuses on a small set of priorities selected for their ability to reduce heart disease, stroke, and related conditions. CDC works with other federal agencies and private partners to:

Million Hearts® 2022 focuses additional attention and action on improving outcomes for the following priority populations: African Americans with high blood pressure, people who have already had a heart attack or stroke, people with mental or substance use disorders who smoke, and people aged 35 to 64 with heart disease and stroke risk factors. High sodium intake can lead to high blood pressure, which is a major risk factor for heart disease and stroke. CDC strongly supports sodium reduction as an achievable and effective public health strategy to reduce blood pressure and prevent heart attacks and strokes. Reducing sodium intake to 2,300 mg a day, as recommended by the Dietary Guidelines for Americans, could save 280,000 to 500,000 lives and nearly $100 billion in health care costs over the next 10 years.

Because most of the sodium that people eat is already in the foods they buy, the focus is on working with food manufacturers and food buyers, including restaurants, to serve more lower-sodium items.