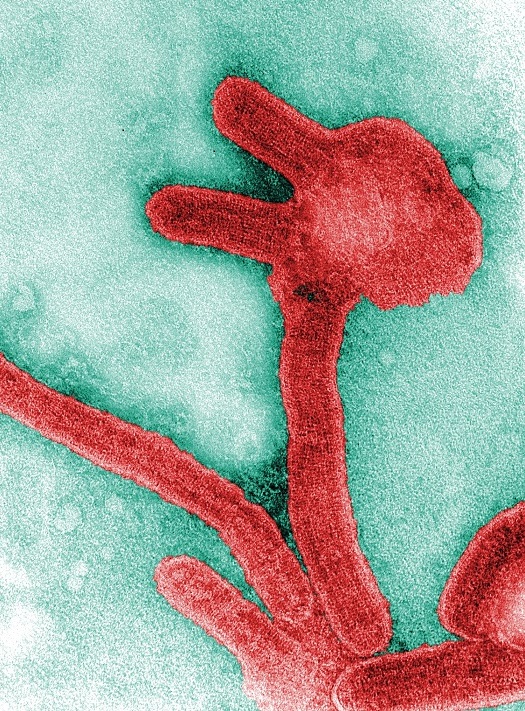 Marburg virus was first recognized in 1967, when outbreaks of hemorrhagic fever occurred simultaneously in laboratories in Marburg and Frankfurt, Germany and in Belgrade, Yugoslavia (now Serbia). Thirty-one people became ill, initially laboratory workers followed by several medical personnel and family members who had cared for them. Seven deaths were reported. The first people infected had been exposed to Ugandan imported African green monkeys or their tissues while conducting research. One additional case was diagnosed retrospectively.

This Rousettus bat is a sighted, cave-dwelling bat widely distributed across Africa. Given the fruit bat’s wide distribution, more areas are potentially at risk for outbreaks of MVD than previously suspected. The virus is not known to be native to other continents, such as North America.

MVD typically appears in sporadic outbreaks throughout Africa. Laboratory confirmed cases in people have been reported in Uganda, Zimbabwe, the Democratic Republic of the Congo, Kenya, Angola, and South Africa. Many of the outbreaks started with male mine workers in bat-infested mines. The virus then spreads within their communities through cultural practices, under-protected family care settings, and under-protected health care staff. It is possible that sporadic, isolated cases occur as well, but go unrecognized.

Human cases of MVD have occurred outside Africa, such as during the 1967 outbreak, but are infrequent. In 2008, a Dutch tourist developed MVD after returning to the Netherlands from Uganda, and subsequently died. Also, in 2008, an American traveler developed MVD after returning to the US from Uganda and recovered. Both travelers had visited a well-known cave inhabited by fruit bats in a national park. See the History of Outbreaks table for a chronological list of known cases and outbreaks.