minus icon
Tickborne Diseases of the United States
Related Pages 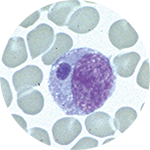 E. chaffeensis can cause fatal illness, whereas no deaths have been reported for E. ewingii or E. muris euclairensis ehrlichiosis.

Ehrlichiosis is most frequently reported from the southeastern and south-central United States, from the East Coast extending westward to Texas. The areas from which most cases are reported correspond with the known geographic distribution of the lone star tick (Amblyomma americanum), which is associated with transmission of both E. chaffeensis and E. ewingii. Three states (Oklahoma, Missouri, Arkansas) account for 35% of all reported E. chaffeensis infections. Since 2009, >115 cases of ehrlichiosis caused by E. muris eauclairensis have been identiﬁed in patients in the Upper Midwest. The tick responsible for transmitting this new subspecies of Ehrlichia is Ixodes scapularis, and the clinical presentation is generally similar to those associated with infections caused by E. chaffeensis and E. ewingii.

The Signs and Symptoms list presents symptoms commonly seen with ehrlichiosis. However, it is important to note that few people will develop all symptoms, and the number and combination of symptoms varies greatly from person to person.

CONFIRMATION OF THE DIAGNOSIS IS BASED ON LABORATORY TESTING, BUT ANTIBIOTIC THERAPY SHOULD NOT BE DELAYED IN A PATIENT WITH A SUGGESTIVE CLINICAL PRESENTATION.

Typically observed during the first week of clinical disease:

During the acute stage of illness, morulae can be detected in about 20% of patients. E. chaffeensis most commonly infects monocytes, whereas E. ewingii more commonly infects granulocytes. The target cell of E. muris eauclairensis has not yet been identified.

NOTE: Antibody titers are frequently negative in the first 7–10 days of illness. Acute antibody results cannot independently be relied upon for confirmation.

NOTE: IgM antibodies are less specific than IgG antibodies and are more likely to generate false positives. IgM results alone should not be used for laboratory diagnosis.

Anaplasmosis, ehrlichiosis, and spotted fever group rickettsioses are treated with doxycycline. Clinical suspicion of any of these diseases is sufficient to begin treatment. Delay in treatment may result in severe illness and death. These regimens may need to be adjusted depending on a person’s age, medical history, underlying health conditions, pregnancy status, or allergies. Consult an infectious disease specialist in cases of pregnancy or life-threatening allergy to doxycycline.

NOTE: Use doxycycline as first-line treatment for suspected ehrlichiosis in patients of all ages. The use of doxycycline to treat suspected ehrlichiosis in children is recommended by both the CDC and the American Academy of Pediatrics Committee on Infectious Diseases. Use of antibiotics other than doxycycline increases the risk of patient death. At the recommended dose and duration needed to treat ehrlichiosis, no evidence has been shown to cause staining of permanent teeth, even when multiple courses are given before the age of eight.