Population of Focus: middle-aged and older adults, particularly those who have lower incomes or live in communities with fewer health care resources (or both) and are more likely to experience health disparities

The University of Washington Health Promotion Research Center (UW HPRC) is one of 26 Prevention Research Centers (PRCs) supported by the US Centers for Disease Control and Prevention (CDC) for the 2019–2024 funding cycle. Each PRC is funded to establish and maintain their center and conduct a core research project. PRCs may receive supplemental funding to conduct additional research projects and activities.

UW HPRC is located in the University of Washington Department of Health Systems and Population Health within the School of Public Health.

The center and its team strive to promote health equity in all the work they do by collaborating with partners in diverse communities and settings. With their partners, UW HPRC develops, tests, and disseminates evidence-based health promotion strategies.

Mission: Partner with communities to conduct prevention research that promotes healthy aging and is incorporated into community practice. 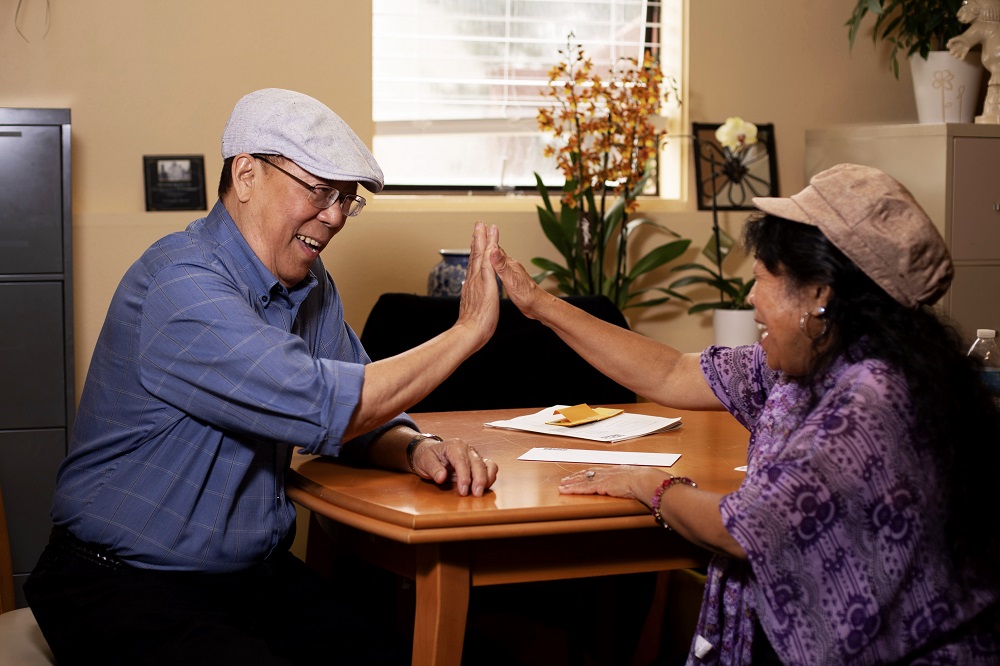 Each PRC uses a community-engaged approach to conduct one primary applied public health prevention research project called a core research project. Project activities include design, development, implementation, evaluation, and dissemination. PRCs use at least 50% of their CDC funding to conduct the project in partnership with communities.

UW HPRC’s core research project for the 2019–2024 funding cycle expands access to depression care for older adults in underserved communities through the Program to Encourage Active, Rewarding Lives (PEARLS) by partnering with organizations that are already working in these communities. The goal is to ensure equitable access to depression care.  Priority populations for this project include older adults who are experiencing poverty, are community members of color, have limited English proficiency, or live in rural areas.

PRCs may receive supplemental funding to work on additional research projects each funding cycle. These Special Interest Projects (SIPs) focus on a variety of health topics or gaps in scientific evidence. PRCs can also conduct additional research as part of SIP Thematic Research Networks, which are groups of PRCs working together on related health topics.

In April 2021, CDC funded a 12-month award to all 26 PRCs to form the PRC VCN in support of the agency’s Vaccinate with Confidence strategy for COVID-19. As part of this network, UW HPRC developed the Partnership for Vaccine Confidence project to collaborate with community members and organizations to increase vaccination rates in communities with less access to health care services. It is focusing on Latino, Black, and immigrant multigenerational households with adults who work in essential industries.

The project team and its partners are also focusing on communities that have high infection and death rates and barriers to accessing COVID-19 vaccines.

For this SIP, UW HPRC seeks to reduce barriers to physical exercise for people with arthritis by evaluating the effectiveness of online delivery for Enhance®Fitness, a community-based group exercise program for older adults. The project is called Delivery of Enhance®Fitness Trial (DEFT). UW HPRC’s partners in this effort are the YMCA of the USA, Sound Generations, and the National Digital Equity Center.

Improving Cognitive Impairment Detection and Referral to Resources Among Older Adults: Applying the KAER Model to Primary Care Within a Health Care System

This SIP seeks to improve early detection of cognitive impairment (such as dementia) by reviewing, refining, testing, and evaluating components of the KAER (Kickstart the cognition conversation, Assess for cognitive impairment, Evaluate for dementia, Refer for community resources) model used by primary care providers. The KAER model is a four-step process developed by The Gerontological Society of America to detect cognitive impairment and diagnose dementia earlier.

Researchers will use results from this project to recommend practical ways to apply the KAER model.

UW HPRC’s work for this project is called Enhancing Early Detection of Cognitive Impairment With the KAER Model.

Project findings could improve population health by increasing early detection and timely treatment of colorectal cancer and other hereditary cancers, which could reduce disease and death.

This SIP seeks to support cancer screening efforts by testing the validity and reliability of cancer screening questions that the US Department of Health and Human Services uses to measure the nation’s progress toward screening goals for cervical, breast, and colorectal cancers. Researchers will also evaluate questions about cancer screening history in CDC’s National Health Interview Survey.

Multiple studies have shown that timely and appropriate cancer screening reduces disease and death from some cancers. Knowing whether national screening goals are being met could help save lives by helping the government redirect resources to populations with the greatest need.

UW HPRC’s work for this project is called Validity and Reliability of the Redesigned National Health Interview Survey.

UW HPRC contributes to CPCRN through a regional collaboration called the Alliance for Reducing Cancer, Northwest. The goal is to reduce cancer rates across the country, particularly among people who have low incomes and less access to health care services because they are more likely to experience health disparities.