Despite its name, Dientamoeba fragilis is not an ameba but an intestinal flagellate, most closely related to trichomonads. In human stool specimens, D. fragilis is almost always found solely as a trophozoite. However, the rare presence of putative cyst and precyst forms in clinical specimens has been reported; their transmission potential is being investigated. Other aspects of the transmission and pathogenicity of D. fragilis also are poorly understood. 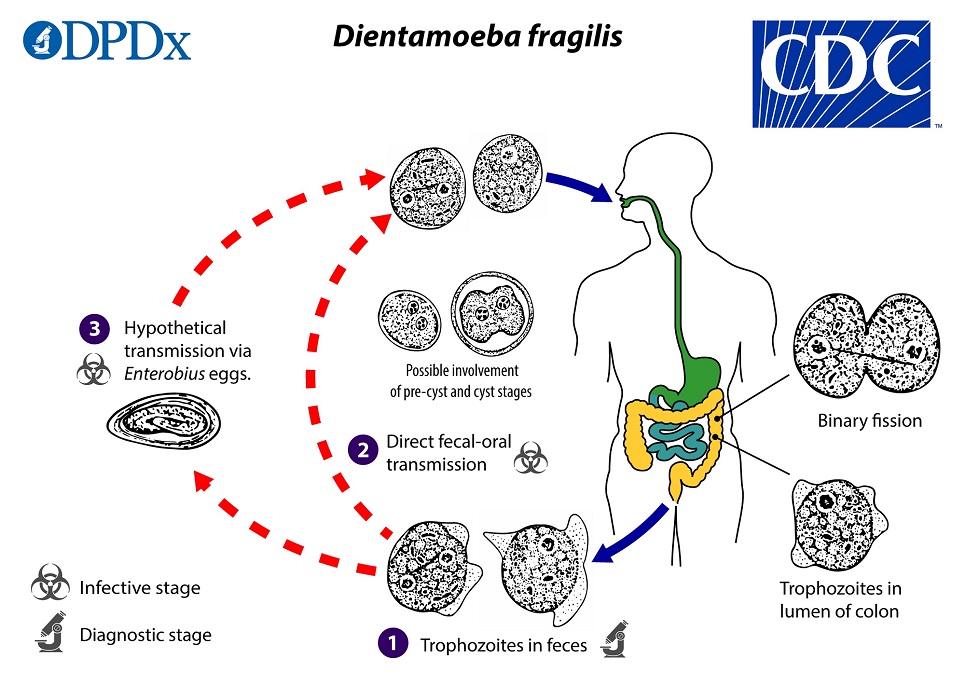 The complete life cycle of Dientamoeba fragilis has not yet been elucidated; assumptions have been made on the basis of clinical observations and the biology of related species (in particular, Histomonas meleagridis, a parasite of galliform birds). Trophozoites are found in the lumen of the large intestine, where they multiply via binary fission, and are shed in the stool

. Historically, only the trophozoite stage of D. fragilis had been detected. However, rare putative cyst and precyst forms have been described in human clinical specimens; whether and in what settings transmission to humans occurs via ingestion of such forms in contrast or in addition to other fecal-oral transmission routes is not yet known

. Transmission via helminth eggs (e.g., via Enterobius vermicularis eggs) has been postulated