Influenza and Zoonoses Education among Youth in Agriculture 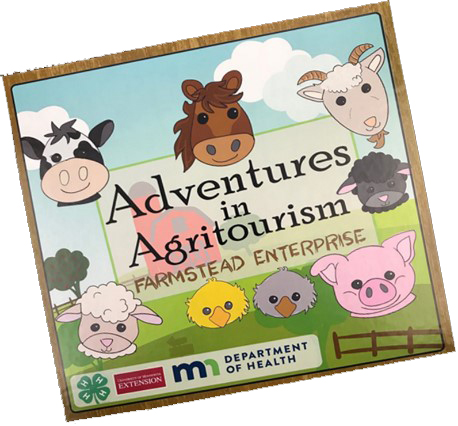 An educational board game developed by Minnesota.

In 2011, when an outbreak of variant virus infections* in people was linked to exposure to pigs at agricultural fairs, public health officials quickly recognized the need to support states in using a One Health approach to respond effectively to novel influenza A and other zoonotic disease outbreaks in rural areas. The approach would need to involve organizations focused in animal and human health, as well as members of the communities most at risk. In the United States, there are around 7.2 million youth actively involved in 4-H and FFA combined1. CDC and USDA saw that working with these youth groups could be an effective way to reach rural Americans with important influenza and zoonoses prevention education to protect the 150 million people who visit agricultural fairs each year, as well as the animals shown and exhibited in these venues2.

To improve influenza education and communication efforts around youth in agriculture, several government and non-governmental organizations partnered to launch a pilot program called Influenza Education among Youth in Agriculture. The program has since taken off, reaching hundreds of thousands of youth and their families across rural America and has expanded to include other zoonotic diseases caused by infections such as E. coli and Salmonella. The program is a joint effort of federal government (CDC and USDA), the Council for State and Territorial Epidemiologists (CSTE), several state health departments, land-grant universities and the 4-H programs run out of them, and state departments of agriculture. These One Health partners work together to develop hands-on activities for youth, zoonotic disease curricula and lesson plans, educational workshops, biosecurity and handwashing posters, and also hold meetings to foster relationships, build networks, and achieve project goals to protect human and animal health. 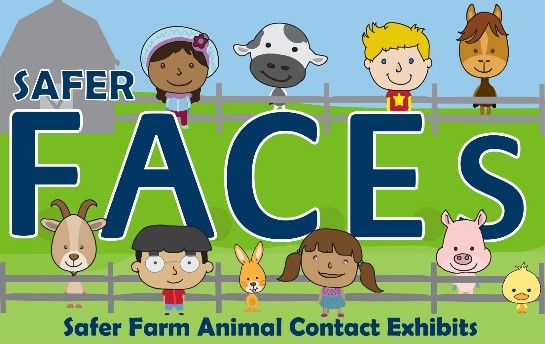 Safer FACEs is an online training for 4-H participants, county fairs, and others on staying healthy in public animal contact venues in Minnesota.

Since its inception, the Youth in Agriculture program has provided funding to 14 states and jurisdictions, some for multiple funding cycles. The program aims to: improve awareness and knowledge of influenza and other zoonotic diseases among rural youth; motivate them to take steps to prevent the spread of flu  and other zoonoses (both swine to human and human to swine); help them understand the roles of public and animal health in disease prevention; and increase their awareness of careers in public and animal health. In addition, the program helps to develop relationships among stakeholders to improve responses to important public and animal health issues, such as outbreak responses. States can also leverage the program to strengthen inter-state collaboration around youth zoonotic disease education and outbreak response efforts, ultimately creating a sustainable regional and national partnership network to implement this work.

Minnesota, now in its second grant cycle, has been heavily involved in the Youth in Agriculture program. Minnesota state grantees used the program’s funding to create an agritourism board game, “Farmstead Enterprise: Adventures in Agritourism,” which has been distributed to all county and regional 4-H offices in Minnesota amounting to 1,500 clubs in 87 counties reaching more than 33,000 youth. The state grantees also hold an emerging issues breakfast, which for the past 2 years has brought together more than 60 people representing 31 different organizations spanning government, non-profits, and commodity groups. Meetings such as this help encourage and improve communication between groups to achieve common goals such as keeping people and animals healthy at the fair through prevention of zoonotic diseases.

The Youth in Agriculture program’s ongoing work focuses on strengthening evaluation efforts, as well as identifying ways to share tools and resources developed through the program to other public health and animal health partners and the public.  By leveraging unique partnerships and using the expertise of multidisciplinary and multisector One Health teams, grantees of this program have been able to reach thousands of participants in rural communities. Not only does this work have the potential to reach millions of youth involved in 4-H and FFA, but also their families, mentors, friends, agricultural producers, and fair attendees across the United States. The Youth in Agriculture program provides a sustainable and adaptable model in public health education that can be used in local, state, regional, or national initiatives.