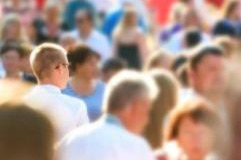 When large gatherings of people occur, the planning and response resources of the host state can become strained. West Virginia hosted a 10-day national youth event with more than 30,000 attendees descending on the southeastern part of the state in July 2017. The West Virginia Department of Health and Human Resources needed to monitor the event for injuries and outbreaks. They turned to syndromic surveillance to capture data from both on-site health clinics and hospitals.

The team used tools provided on the CDC National Syndromic Surveillance Program to conduct near real-time event surveillance to provide daily situational awareness reports and to measure burden on the healthcare system. This was the first time public health officials in West Virginia used syndromic surveillance at this event. They ran reports for event organizers, the Department of Homeland Security, the National Guard, and the governor’s office.

Mass gatherings—defined as events attended by a sufficient number of people to strain the planning and response resources of the host state—pose unique surveillance challenges. Attendees can be at greater (or high) risk for injuries due to event activities or volume of people in an unstructured setting. Surveillance can help detect early signs of outbreaks associated with crowding and compromised sanitation. Public health officials must be prepared to enhance their surveillance capacity to detect and investigate an outbreak, mass exposure, or injury cluster that could damage the credibility of an event or exert a substantial human or economic impact.

Syndromic surveillance (SyS) is essential for monitoring the state’s health response capacity for mass gatherings. During this event, 75 people visited the primary care facility. Of these, 49 (67%) were discharged and returned on-site the same day. At least 29 visits (39%) were injury related (sprains, fractures, contusion), and 29 visits (39%) were classified as other (dehydration, heart attack, low blood pressure). Injury related and other were the most common reasons for visits. Off-site visits for injury and respiratory distress increased, peaking midway (day 5), when 11 patients (15%) were transported off-site and 6 patients (55%) were admitted for issues classified as other.

*Electronic Surveillance System for the Early Notification of Community-based Epidemics