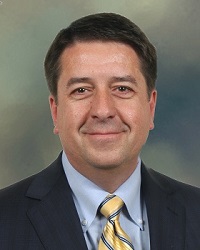 National Institute for Occupational Safety and Health (NIOSH) safety engineer, James Green, received a merit award this month from the Health Information Resource Center for his 7-part video series on ambulance crash test methods. This award is the fourth received for work that aims to help emergency medical services workers stay safe during a crash.

The research, including production of the videos, was jointly funded by the Department of Homeland Security’s (DHS) Science and Technology Directorate under a pair of Interagency Agreements between NIOSH and DHS.

The Digital Health Awards were created by the Health Information Resource Center, a national clearinghouse for professionals who work in consumer health fields, in order to recognize digital health resources and entries that are web-based, mobile, wearable devices, media publications, or social media. The video series, which was released earlier this year, highlights NIOSH research that contributed to new crash test methods, demos of crash-tested products, and improvements to the design of the ambulance patient compartment.

“With these new crash test methods, the patient compartment of an ambulance can become increasingly safer for both the patient and the worker,” said Green. “I am pleased that this work is being recognized and that EMS workers might now be better positioned to do the work they were trained to do, while still remaining properly belted in a moving ambulance. These new test methods also greatly reduce the risk of patient or work injury resulting from flying equipment and supplies.”

The Digital Health Awards are given out twice a year, in the spring and fall seasons, and entries are evaluated for content and design, creativity and user experience. The NIOSH ambulance video series, Improving EMS Worker Safety Through Ambulance Design and Testing, also provides viewers with an overview of the many changes impacting ambulance design, testing, and manufacture.

Green has also recently received the 2017 Person of the Year Award presented by Automotive Testing Technology International and the 2017 EMS Partnership of the Year Award from the American Ambulance Association for his role and partnerships with the ambulance industry. Additionally, he was recognized by the Ambulance Manufacturers Division of the National Truck Equipment Association as a major contributor to the advancement of the North American ambulance industry.

NIOSH is the federal institute that conducts research and makes recommendations for preventing work-related injuries, illnesses, and deaths. For more information about NIOSH visit www.cdc.gov/niosh/.