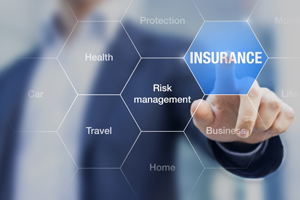 Lack of health insurance has been associated with poorer health status and with difficulties accessing preventive health services and obtaining medical care, especially for chronic diseases. In January 2014, during this study period, the federal requirement to obtain qualifying health insurance began. In order to observe differences in health insurance coverage by occupation, researchers grouped workers into 22 broad occupational categories and looked at survey responses from 17 states. (Findings from 17 states may not necessarily be nationally representative.)

The study delineates lowest and highest percentages of being uninsured in 2014 by workers’ occupations:

There can be several reasons why workers in specific occupations remain uninsured, including not being able to qualify for Medicaid and/or living in a state that did not expand Medicaid eligibility, not being able to afford coverage, and not having employers who provide health insurance.

NIOSH is the federal institute that conducts research and makes recommendations for preventing work-related injuries, illnesses, and deaths. For more information about NIOSH visit www.cdc.gov/niosh.