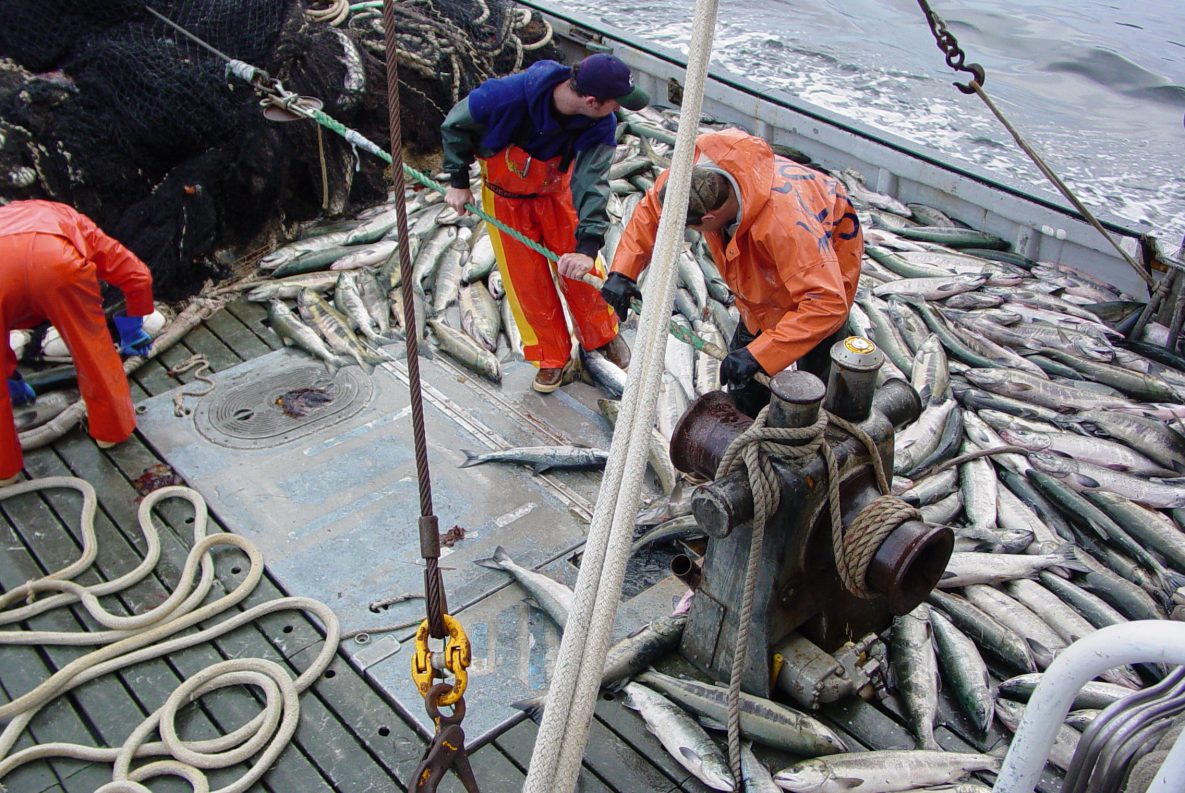 Commercial fishing involves the harvest of fish and other seafood from their natural habitats. These industries are dependent on a continued supply of the natural resource and require the use of specialized vessels. In 2017, over 9.9 billion pounds of seafood was harvested in the United States earning over $5.4 billion. Species that contributed the most to this revenue include Pacific salmon, crab, lobster, shrimp, and scallop.1 There are approximately 39,000 commercial fishermen in the United States2 using a variety of fishing gear and vessels to harvest the catch.

Commercial fishing is one of the most dangerous occupations in the United States. During 2000–2017, commercial fishermen experienced a fatality rate of 114 deaths per 100,000 full-time equivalent (FTE) workers, compared with an average of 4 deaths per 100,000 FTE workers among all U.S. workers.3 Many commercial fishing operations are characterized by hazardous working conditions, strenuous labor, long work hours, and harsh weather. Common hazards include vessel disasters, falls overboard, and a variety of gear and equipment onboard.

NIOSH maintains the Commercial Fishing Incident Database (CFID), a surveillance system for workplace fatalities in the commercial fishing industry in the United States. A review of the data from 2000–2017 found that 791 commercial fishermen died while fishing in the United States. Nearly half of these fatalities (381, 48%) occurred after a vessel disaster, 30% (237) occurred when a fisherman fell overboard, and 13% (102) resulted from an injury sustained onboard. The remaining 71 (9%) fatalities occurred either while diving or from onshore injuries. For more information on this industry, visit the NIOSH Commercial Fishing Safety Topic Page.