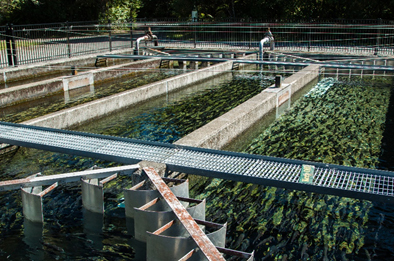 Workers in aquaculture may be exposed to a variety of hazards on the job. Aquaculture workers use not only waterborne vessels, but also tractors or other all-terrain vehicles which have their own unique hazards. Extreme temperatures, bacterial pathogens, heavy lifting, repetitive motions, noise, long hours and shift work, chemical exposures, hazardous machinery, and use of a variety of vehicles all contribute to the risk of injury or illness in these workers.

In 2011–2017, there were an average of 6,627 workers employed in the aquaculture industry.2 These workers suffer fatal injuries at a rate of 18.9 per 100,000.3 Additionally, occupational injuries and illnesses occur in this worker population at a rate of 5,237 per 100,000. This is approximately  twice the rate of injury/illness among all U.S. workers.4