On October 17, 2013, a 28-year-old male volunteer probationary member lost his life after the pumper/tanker he was operating left the roadway and overturned. The probationary member called 9-1-1 to report a structure fire in another house behind his residence. He donned his structural firefighting gear and waited for his department to arrive at the fire. After making an initial fire attack with other fire fighters, he left the hoseline and went to his department’s engine to change the bottle of his self-contained breathing apparatus (SCBA). The pump operator stated she didn’t know where spare bottles were on that apparatus. While still wearing his structural firefighting gear, he left the incident scene in his personal vehicle and responded to his department’s nearby substation. He left the substation driving Engine 2, a 2,500-gallon pumper/tanker. While returning to the incident scene, Engine 2 left the roadway in a curve and overturned. The probationary member received fatal injuries during the rollover and was pronounced dead on the scene. He was not wearing a seat belt. 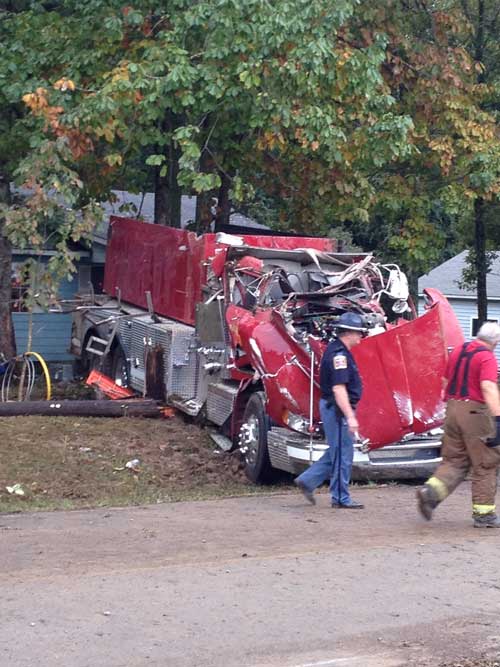