On April 24, 2013, a 24-year-old male volunteer fire fighter sustained injuries at a residential structure fire and died eight days later at a metropolitan trauma center. At 0109 hours, Special Unit 418 (SU418) responded with two fire fighters from the first-due volunteer fire station. SU418 was the first unit on scene receiving reports of occupants trapped in the building from police and occupants screaming that a man was trapped on the second floor. The two fire fighters donned their personal protective equipment and made entry. Engine 56 (E56) arrived with a captain and 3 fire fighters. The captain assumed command, conducted a size-up, and struck a 2nd alarm due to heavy fire in the rear of the structure. Truck 404 arrived and was instructed to start rescue and ventilation operations. E56’s crew stretched a 1 ¾-inch hoseline to the front door and met one of the fire fighters (the victim) from SU418. The SU418 fire fighter stated that there was an occupant trapped somewhere on the second floor. E56’s nozzleman noticed the 1st floor hallway access was severely limited, due to the hoarding of objects along the walls and on the floor, so they took the stairs to the second floor landing where it was very hot and smokey. When E56 and SU418 reached the 2nd floor, the nozzleman opened the nozzle in short bursts (penciling) to cool down the 2nd floor. The nozzleman radioed Command to get the 2nd floor ventilated. Hearing a personal alert safety system (PASS) alarm, the nozzleman called out to the SU418 crew with no response, and then called a “Mayday.” E56’s backup man went around the nozzleman towards the sound of the PASS alarm. After pushing the door open to a bedroom located on the “B/C” corner of the house, he crawled into the bedroom and found a fire fighter standing and pointing to a second fire fighter on the floor behind the door. The downed fire fighter was found with his gloves, helmet, hood, and facepiece removed. With the help of the nozzleman, they got the unresponsive fire fighter down the stairs and onto the front porch. The downed fire fighter was put on a backboard and taken to Medic 56. Paramedics were able to re-establish a pulse and respiration. The fire fighter was transported to a local hospital and then transferred to a metropolitan trauma center. Unfortunately, the fire fighter passed away from his injuries eight days later. 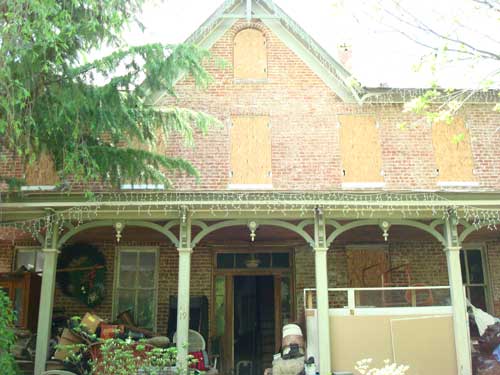