A 38-year-old male supervisor (the victim) at a plastics molding company died when his head was crushed between moving parts of an injection molding machine. The incident occurred at one of three plants operated by the company, whose central office was in another state. The plant maintenance and repair person quit the company about a month before the incident, and a replacement had not been hired. About two weeks before the incident, a machine guard had been removed from the molding machine in preparation for a visit from a maintenance worker from another company plant. At the time of the incident, the victim (shift supervisor) and a co-worker were examining the machine to determine the location of a hydraulic fluid leak. The molding machine was operating while the victim and co-worker peered into it so they could see the location of the leaks with the hydraulic hoses under pressure. The victim was bending forward into the back of the machine, with his head positioned next to a fixed metal bracket. The machine cycled automatically, causing a metal tie bar to move back and pinch his head against the bracket with about 500 pounds of pressure. The co-worker heard a sound, looked in the direction where the victim had been working, and saw the victim’s head pinned in the machine. The co-worker called for help, the machine was turned off, and the victim was released. EMS workers arrived within four minutes., and transported the victim to the hospital where he was pronounced dead.

To prevent future fatalities of this type, the FACE investigator recommends employers should:

On January 26, 1999, a 38-year-old male shift supervisor died when his head was pinned between a moving tie rod and a fixed metal bracket on a plastics injection molding machine. The Wisconsin FACE field investigator was notified by the OSHA Area Office on January 28, 1999. On February 16, 1999, the field investigator conducted an on-site visit, accompanying an OSHA inspector. The investigator obtained the death certificate and the medical examiner’s report.

The company in this case was in the business of manufacturing plastic beverage service items used by taverns and eating establishments. While the company has been in business for over 18 years, it has had at least five owners in that time. The current owners assumed management of the company about 14 months before the incident. Corporate offices were located in another state, and machine maintenance and repair services were being provided by employees of a plant in that state until the local plant could recruit a maintenance worker. Thirteen employees were employed by the company at the site at the time of the incident. The plant ran three shifts a day, five days a week.

The victim worked for the company for a total of sixteen years; for the first thirteen years, he worked with molding machine setup and operation. About three years ago, he became first shift supervisor. He was characterized by co-workers as a worker who would perform work outside of his assigned duties to keep production on target. At this company, workers received classroom and on-the-job training for safety aspects of their assigned jobs. There was no comprehensive safety program to address hazards in the workplace, and the lockout/tagout program lacked specific procedures to cover all of the machines in the plant.

The plant was arranged with four injection molding machines in one large room. Not all of the machines were usable on the day of the incident, due to breakdown and maintenance problems. An experienced maintenance worker quit the company several weeks before the incident, and the company had not found a replacement for him. On-site employees attempted to maintain production levels by choosing work orders that could be accomplished by the functional machines, and by performing temporary or minor repairs themselves. Complex repair needs were set aside until a maintenance person from another plant could arrive to assist the local plant. The company had a lockout/tagout (LOTO) policy and procedure, but it was not specific for each machine.

The horizontal injection molding machine involved in the incident was manufactured in 1972, and had been used at this plant since the early 1980’s. It had not been overhauled since being installed at this plant, but had undergone repairs as breakdowns occurred. The machine was used to run production jobs from contracts developed by the main office. It required setup by a skilled worker when the jobs changed, but a maintenance person was required whenever complex repairs were needed. About two weeks before the incident, the victim assisted the setup worker in removing guards from the back of the machine. This was done to prepare for an anticipated visit from the substitute maintenance person. The plattens on the machine were too worn to be adjusted for jobs needing precise mold fits, so the operations manager from the corporate office directed the plant manager to run the machine with molds for a job that required less tolerance on the plattens. When running this job, the machine cycled automatically every 18 seconds. The guards were left off while plant workers awaited the maintenance person.

On the day of the incident, plant employees saw evidence of hydraulic fluid leaking from the machine during operation, and brought this to the attention of the setup worker and the supervisor. They went to the machine to view the problem while the machine was running. If the machine was shut down while running a job (when the hot thermoplastic material was in the line) about 30 minutes of purge time was needed before production could be resumed. The setup worker was positioned at the back of the machine on the operator’s side, while the victim was on the other side trying to see the location of the fluid leak. The victim apparently bent forward, looked into the machine then said he found the leak. Immediately after hearing that statement, the co-worker heard the machine cycle to its recoil phase. This phase brought the tie bar back to within three inches of the metal bracket where the victim’s head was positioned. The setup worker heard a sound, then saw the victim’s head pinned in the machine. The co-worker called for help, the machine was turned off, and the victim was released. EMS workers arrived within four minutes, and transported the victim to the hospital where he was pronounced dead. EMS responders were on the scene within four minutes. The victim was transported to the hospital, where he was pronounced dead.

The medical examiner’s report listed the cause of death as traumatic head injury.

Recommendation #1: Employers should maintain guards in place over machine pinch points when machines are operating.

Discussion: Machine guards are necessary where pinch points are creating by moving machinery parts. Guards had been removed and not replaced on the machine several weeks prior to the incident, while the company waited for an off-site maintenance worker. In the interim, the company ran the machine for jobs that could be performed without repairs. The incident would have been prevented if the guards were in place while the machine was running.

Discussion: The company’s LOTO policy was not specific for each molding machine, and was not applied to all situations where hazardous energy could be unexpectedly released. At the time of the incident, the victim was performing inspection activities that were out of his role of shift supervisor because qualified maintenance help was not available. If the company had developed and enforced a LOTO policy that specified the lockout procedure for inspection of hydraulic leaks, the incident might have been prevented. 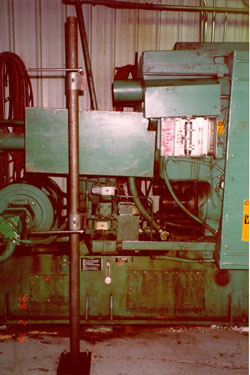 Figure 1. This photo was taken after the machine guards were replaced.

Staff members of the FACE Project of the Wisconsin Division of Public Health do FACE investigations when a work-related death is reported. The goal of these investigations is to prevent fatal work injuries in the future by studying: the working environment, the worker, the task the worker was performing, the tools the worker was using, the energy exchange resulting in fatal injury and the role of management in controlling how these factors interact.