A 23-year-old carousel operator, at a meat packing plant, was killed when his foot tripped a light sensor causing a computer controlled robotic platform to come down from above, crushing his skull. He had been watching a maintenance technician work on a conveyor and apparently stepped on the conveyor to get a better view of what the mechanic was doing. The conveyor the mechanic was working on had been shut off but the entire system had not been locked out. Power still remained to the light sensors and the robotic platform. When the platform came down it pinned the victim between the platform and the conveyor. When they lifted the platform off the victim, the victim fell approximately 15 feet to the concrete floor below. Death was most likely caused by the blow to the head from the robotic platform, not the fall. The victim was pronounced dead at the scene.

The Nebraska Department of Labor Investigator concluded that to prevent future similar occurrences employers should:

On June 8, 1999, at approximately 2:30 a.m., a 23-year-old carousel operator was killed when his foot tripped a light sensor causing a computer controlled robotic platform to come down from above, crushing his skull. The Nebraska Department of Labor was notified of the fatality on the morning of June 8, 1999, by OSHA. The Nebraska FACE Investigator and an OSHA Compliance Officer conducted a site visit on June 8 and 9, 1999. Interviews were conducted with management and workers on the company premises. The FACE Investigator also visited with the County Attorney on June 9, 1999, and reviewed the Police Reports concerning this incident.

The employer is a meat processing and packing company and has been in business for approximately 45 years. The company has been at the incident location for 32 years. The company employs a total of approximately 85,000 people worldwide and approximately 2,300 are employed at this Nebraska location. Previous fatalities have occurred at this location. A full-time safety manager is employed at the incident location and a corporate safety manager is also employed out of state. The company has a comprehensive written safety program, a safety committee and a record of enforcing the requirements of the program.

The victim had been employed by the company for approximately two months. He had been through required training for his job and this training was documented. Lockout/tagout (LOTO) was part of his indoctrination training. The company’s LOTO policy was covered as was the purpose of LOTO and how to perform LOTO. Hands-on demonstration and a written test were also part of the training.

On the day of the incident the victim started his shift at 6:45 p.m. He had a 15-minute break three hours into his shift and a 30-minute lunch break 5½ hours into his shift. The incident happened at approximately 2:30 a.m. The victim was a carousel operator. The carousel is part of a system, referred to as the Alvey (brand name) for handling boxed meat products. The system is computer controlled and the basic components are conveyors, inserters/extractors, and a carousel into which boxes are inserted/extracted.

At the time of the incident, a coworker (worker #1) was performing maintenance on an outbound conveyor spur, which is part of the Alvey. Worker #1 had shut off power to the conveyor he was working on, but power to the carousel was not shut off, as required by LOTO procedures, which are posted on the conveyor. Another coworker (worker #2), was watching worker #1 perform maintenance on the outbound conveyor spur. This work was being done on an upper level, which is accessed by a stairway. The power shutoff for the conveyor spur worker #1 was working on is by the conveyor on the upper level. The power shutoff to the corresponding carousel and inserter/extractor (I/E), which should have been locked/tagged out, is on the lower level.

The victim was apparently interested in watching worker #1 perform maintenance and went to the upper level to observe. Apparently to get a better view of the maintenance being done on the outbound conveyor spur, the victim stepped on the inbound conveyor spur (see figures 1 & 2). Toward the end of the conveyor spur is a light sensor. This sensor is designed to be triggered when a box breaks a light beam. This indicates to the system that a box is ready to be picked up and put on the carousel. A robotic platform (which is part of the I/E) then moves up or down, depending on where it was, to extract the box and insert it into the carousel.

Apparently when the victim stepped on the inbound conveyor spur, which is located below the outbound conveyor spur, his foot triggered the light sensor and the robotic platform (which weighs approximately 300 pounds) came down from above. It traveled a distance of between 10 to 15 feet and struck the victim in the head, doubling him over on the conveyor. Worker #1 went to level one to remove power from the robot so it could be removed from the victim. He was not able to get the robot to go back up at this time and told another coworker to call 911. Employees tried to move the platform from the victim manually, but to no avail. The main controls to the I/E were cycled and the platform moved off the victim. At this time the victim fell approximately 15 feet to the concrete floor below. Coworkers tried to hold him, but were unable to when the platform released him. The coroner indicated the cause of death was blunt force trauma to the rear of the head and that the victim was most likely dead before he fell.

The cause of death, as stated on the death certificate, was blunt trauma to the head.

Recommendation #1: Employers should ensure all equipment is properly locked out/tagged out prior to performing maintenance on it.

Discussion: Had the Alvey system been locked out/tagged out in accordance with company procedures, this fatality could have been avoided. Only the conveyor worker #1 was working on was shutdown. Procedures, which are posted on the conveyor, call for locking and tagging out the panel for the carousel. This also removes power to the I/E. It should be noted that the company in this incident has a written disciplinary policy for safety violations which states that the discipline for violating lockout/tagout is termination. This policy also has a record of being enforced.

Recommendation #2: Employers should consider implementing a spot inspection program to ensure all employees are complying with safety requirements.

Discussion: To ensure safety program compliance, spot inspections by supervisors and management should be conducted regularly, during all shifts, to verify proper procedures are being followed.

Recommendation #3: Employers should develop procedures to ensure individuals not involved in maintenance activities are not in the immediate area of the maintenance being performed.

Discussion: In this case the only individual required to perform the maintenance was worker #1. The victim and worker #2 were only in the area observing. Other workers should only be in the area if they are needed to assist with the maintenance being performed or if they are in training for the job being observed. Procedures to limit access of non-essential personnel would reduce employee exposure to potential injuries.

Recommendation #4: Employers should consider installing a protective grate around access areas to the robotic platform.

Discussion: A protective grate around access to the robotic platform at the end of each conveyor spur would enhance employees protection in that area. The grate could protect employees from getting any part of their body into the movement area of the robotic platform. An access gate could be installed in the grate with a micro switch that would remove power to the I/E when the gate is opened.

NOTE: This company has already implemented this recommendation. 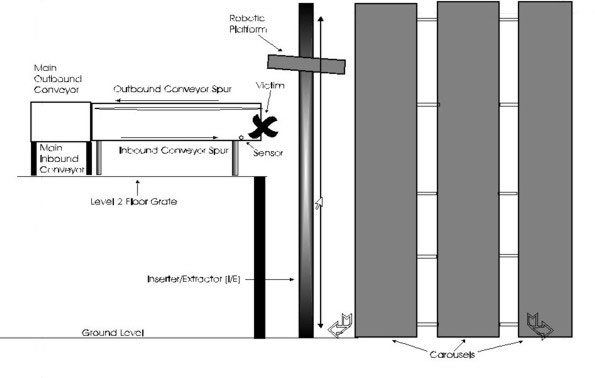 Figure 1. Partial view of Alvey (side view) – Not to Scale 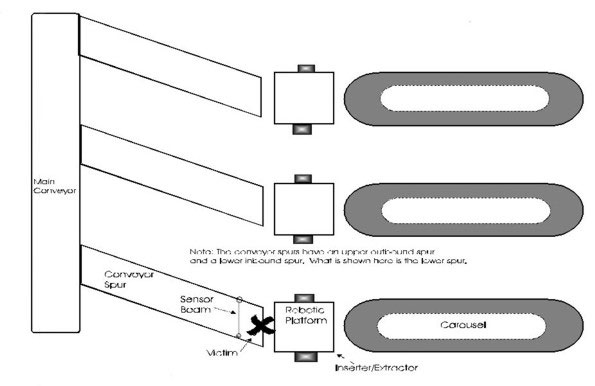 Figure 2. Partial view of Alvey (top view) – Not to Scale