On January 7, 1999 a 30-year-old male ironworker died of injuries sustained in a fall at a Massachusetts construction site. The victim was walking a beam that had bolt kegs attached to it and lost his balance, falling approximately fourteen feet to the ground below. A connector working on the second level immediately yelled for help. A call was placed by for emergency assistance. The victim was transported to a nearby hospital emergency room where he was officially pronounced dead. The MA FACE Program concluded that to prevent similar future occurrences, steel erector employers should:

On January 8, 1999, the MA FACE Program was notified by a call from the medical examiner’s office to the occupational fatality hotline that a 30-year-old ironworker had died of injuries received in a fall on the previous day. An investigation was immediately initiated. On January 13, 1999, the MA FACE Program Director and co-worker traveled to the incident site where a review of the scene took place and the superintendent and foreman were interviewed. The police report, death certificate, witness interviews and multiple photographs were obtained during the course of the investigation.

The company, a regional steel erection construction company, was in business for approximately four and one-half years at the time of the incident. The company employed approximately fifteen workers at a time on an as needed basis. At the time of the incident, there were six employees on site, all of whom were ironworkers with various levels of experience. The most experienced workers were employed as connectors. The victim and a co-worker were less experienced and performed other tasks. There was a designated safety person on the incident site and, there were written company safety policies and procedures in place on the day of the incident.

The victim, an entry-level ironworker, had worked for the company for two months and on this particular site for two days at the time of the incident. He had received on-the-job training as well as given safety materials to read. Toolbox talks had been held at the job site prior to his arrival.

On January 8, 1999, a steel erection company was assembling the steel structure of a multi-story office building. The building was to be five stories, which including the basement that was built into the side of a hill. Each floor was approximately 25,000 square feet.

On the day of the incident, the victim was “stuffing”, which entailed straddling a beam and setting heavy-duty bolts into the newly laid steel beams and tightening the nuts. This task required him to move along the steel beams that were used to frame the building. He was working alone on the first level of the building’s frame, which was approximately fourteen feet above the ground. A crane was maneuvering steel beams into the general area of the partially framed second level while two other more experienced workers (connectors) were setting those steel beams into place. A third worker was also in the general area of the incident spreading hay on the ground inside the foundation.

The victim was wearing a hard hat, harness, lanyard, and a tool belt with pouches. He had some tools in the tool belt and the pouches were approximately half full of the heavy-duty nuts and bolts. The weight of the pouches with the heavy-duty nuts and bolts was approximately 65 pounds. The company supplied the harness and lanyard but there were no anchor points available for the use of fall protection.

The frame of the building was partially erect with the entire first level and a portion of the second level completed. The winds were gusting, therefore, one of the more experienced ironworkers decided that the beam the crane was maneuvering would be the last beam set for the day.

The hardhats of the two workers on the second level were blown off by a gust of wind. The worker on the ground level spreading hay inside the foundation retrieved the fallen hardhats. The victim walked along a first level steel beam to the location above where the hardhats had landed. He caught the hardhats as the worker from the ground level tossed them up to him. While walking back along the steel beam, towards the area where he had previously been working, the victim approached a column that had two bolt kegs attached to it. The bolt kegs were 12-inch diameter metal drums painted yellow that held a supply of nuts and bolts for the employees. The bolt kegs were fastened either inside the web of the steel columns or against the flat side of the steel column. In either of the two locations they were fastened so the bolt kegs protruded onto the steel beam creating an additional obstacle for the employees to get around.

The victim, using his arms to hold onto the column with the bolt kegs attached to it, stepped around the column. Once on the other side of the column, the victim let go, lost his balance and fell backward, head first off the beam landing on the ground below. The worker at the foundation level ran over to the victim to assist him after hearing yells from connectors on the second level. A call was placed for emergency assistance. The local police department, fire department, and an ambulance arrived and transported the victim to a local hospital where he was officially pronounced dead.

Recommendation #1: Employers should provide appropriate anchor points for employees throughout all phases of the construction.

Anchor points must support at least 5400 lbs. per employee tied-off to that anchorage (per 1926.104 (D)). It is preferable to build-in an anchorage as part of the structure, but at times other solutions must be devised. Precautions should be taken when looping lanyards or ropes around beams that may have sharp or abrasive edges. In many cases building features cannot be used because they are not strong enough to support the 5400 lbs. minimum rating per employee.

Discussion: With the cooperation and involvement of employees, employers should develop and implement a comprehensive site-specific fall protection plan. The plan should contain a mandatory tie off policy, and it should also include an analysis of the fall hazards likely to be encountered while performing all tasks necessary to the job. Consideration must be given to the mobility of workers while wearing body harnesses and lanyards, the location and suitability of anchorages and the type of work to be done. The plan should be updated when the work changes. Employees should be trained to recognize fall hazards and the proper use of fall protection equipment.

In addition, the comprehensive site-specific fall protection plan should include a section on environmental conditions. This section should include when work should be stopped based on environmental conditions especially wind speeds. There should be a way for the employees on site to know what the wind speeds are while onsite and a protocol for stopping work.

Recommendation #3: Employers should use square bolt kegs that fit flush inside the web of the column. 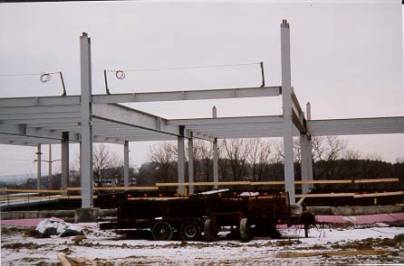 Figure 2 – Column with the two bolt kegs the victim was stepping around.