On September 30, 2001, a 14-year-old male laborer died when he was crushed under a 5-ton beam. The victim was working with two co-workers under a structure that had been moved several months earlier and was resting on supports and cross members until a new foundation could be built. One of two beams had been positioned under the building. The beams were to be used to lift the entire structure so that a concrete block foundation could be built. The victim and the other workers were lifting the beam with an airbag. They had completed the first lift without any problems and had begun with the second lift. The victim was kneeling next to the beam when the beam rolled off the airbag and on top of his back. The victim was pinned against the ground by the beam. The company owner heard the other workers call for help. They repositioned the airbag and lifted the beam. Once the victim was moved from under the beam, emergency medical services were called. The victim was transported to a nearby hospital where he was pronounced dead from his injuries.

At approximately 4:45 p.m. on September 30, 2001, a 14-year-old male construction labor was crushed beneath a beam being used to lift and support a building. On October 2, 2001, the Alaska Department of Labor and Workforce Development (AKDOLWD) notified the Alaska Division of Public Health, Section of Epidemiology. An investigation by an injury prevention specialist for the Alaska Department of Health and Social Services, Section of Epidemiology began on October 5, 2001. The incident was reviewed with company/family members, AKDOLWD officials, police, and medical examiner; an on-site investigation was completed.

The construction company, in business since 1985, was family-owned and had been moving structures for several years. The company employed less than 10 employees outside of family members, the majority of which were employed for day labor. The victim was a family member who had been working part-time at various work sites for approximately 18 months and full-time during the preceding two summers. The victim had routinely worked with family members and other temporary day-labor workers; he had worked with the two workers at the incident site for several weeks.

The company had a written safety and health program. The program was generic and did not contain specific job hazards analyses. Employees were given on-the-job safety training. Safety meetings were held once a week and at the beginning of a new job or a new phase of a job. This was the first fatal injury for the company.

The incident site was in a residential lot with two multi-family residential buildings (four-plexes). Thirteen months prior to the incident, the two buildings were moved to the lot and left elevated approximately 3 feet above ground until a foundation could be built under each structure (Figure 1). The concrete block foundation of one building had been recently completed.

The company used two 79-foot metal beams to support the entire length of the structure when it was lifted and moved to its present location. The beams were 24½ inches tall with a central vertical support plate, and two 13 inches wide horizontal plates on the top and bottom (Figure 2). Each metal beam weighed approximately 5¼ tons. Prior to the incident, one building was lifted, supported, and then lowered for the necessary additional clearance to build a new concrete block foundation (Figure 3). A single metal beam remained under this building, extending past the foundation through openings in the foundation walls. Openings were left in the foundation walls so the beam could be pulled from underneath the building.

A second beam was beneath the adjacent building. The building was supported from underneath by several 12- by 12-inch wood support beams on top of stacks of 6- by 8-inch wood blocks or cross-supports (Figure 1). The supports were arranged in three rows, one on each side and one in the center. The beam appeared to have been dragged or rolled to its present location under the building. A chain was also on the ground under the house, parallel with the beam but on the opposite side of center supports. This was in preparation for moving the beam from under the first building (with the completed foundation) into position under the adjacent building.

The lifting mechanism was a 2- by 3-foot airbag, used to initially raise the end of the beam. The use of airbags is an accepted standard industry practice and is considered less hazardous than hydraulic jacking. Each airbag can lift up to 100,000 pounds. Hydraulic jacks, used once the beam has been elevated into position to lift a structure, are considered a higher risk due to potential slippage and vertical instability of the jack (which is normally blocked as a preventive measure). Each airbag has the ability to provide 12 inches of lift; eight inches of lift was considered standard working height. The airbag filled and lifted the beam in approximately one minute. Once the beam is raised, a block of wood (6- by 8-inch or 8- by 8-inch) is slid beneath the beam from the side. (Only wood blocks are used, never concrete blocks, which can crumble.) The bag is deflated, placed on a block of wood, and re-inflated for the next lift. If the beam is raised more than six inches above the ground, then safety blocking is used. However, the initial lift does not require safety blocking due to the weight of the beam on the ground. The beam is normally cribbed wide and square, and is leveled at the base of the beam.

The beam was lifted approximately eight inches above the first blocks of wood. The victim was kneeling next to the beam and was either reaching for a wood block or was attempting to push the block under the beam when the beam rolled off the airbag. The beam fell across the victim’s back pinning him in a kneeling position against the ground. The other workers immediately called for help. As the worker in-charge of the airbag was attempting to deflate and reposition the bag, the second went to collect a hydraulic jack and a skid steer loader to lift the beam, if necessary. Hearing the cries for help, the company owner crawled under the building and assisted with the inflation of the airbag and pulled the victim from beneath the beam. A cell phone found on the victim was used to call 911.

Comments made immediately following the incident to responding emergency personnel indicated that immediately prior to the incident the beam seemed to be slightly “warped” or tilted at the far end of the beam while it appeared to be level and upright where the crew was working. The injury prevention specialist for the Alaska Department of Health and Social Services, Section of Epidemiology, and an investigator for the Alaska Department of Labor and Workforce Development inspected the work area and the ground under the beam extending past the building. The far end of the beam was found adjacent to a buried stump (Figure 5). When upright, the beam would have been resting on the top of stump. It was surmised that the stump had been graded over during the excavation of the lot. Possibly the weight of the beam as it was tipped up during the lift crushed the remainder of the stump, causing the beam to became unstable and roll.

The medical examiner’s report listed the cause of death as crushing blunt force traumatic injuries due to falling metal beam.

Recommendation #1: Employers should conduct a site inspection prior to beginning any work to identify and abate potential hazards present in and around the immediate worksite and take appropriate steps to assess and modify work practices prior to beginning of work activities.

Discussion: Employers should conduct an initial inspection of the ground to identify potential hazards such as materials that may have been bladed over and not removed. In many municipalities, all stumps and roots must be removed from the soil to a depth of at least 12 inches below the surface of the ground in the area to be occupied by the structure or building.

Daily general inspections of the work area should be done to identify any new potential hazards affecting workers and work activities. In addition, employers should ensure that workers are aware of potential hazards associated with lifting and moving buildings and other large structures and emphasize assessing each task prior to beginning it. Employers should assess knowledge and skills of the individual workers to determine their capability and competency to perform their assigned tasks in a safe manner. Appropriate safety procedures and escape plans should be developed and implemented to promote safe practices and to avoid hazards.

Discussion: A comprehensive safety program should identify and reduce or eliminate worker exposure to hazardous situations and provide proper training to help workers do their job safely and efficiently. Employers should review each job or task to determine the extent and significance of work site and equipment hazards and consider the types of safety precautions promote safe work practices.

Employers should also consider conducting random work site safety inspections to evaluate compliance with and understanding of established safety policies and practices. While employees have the right to question the safety of any task, they are responsible for following the practices outlined by their employer’s safety program.

Recommendation #3: Parents should discuss the type of work their children will be performing and become knowledgeable of tasks that are prohibited for minors.

Discussion: By law, youths under the age of 16 are limited in the types of equipment they can operate, the tasks that they can perform, and the environments they are allowed to work in and around. Exempt under Alaska statutes (AS 23.10.325 – 23.10.370), a child under the direct supervision of a parent in a business owned and operated by the parent may be employed. However, parents should learn more about the types of work prohibited for 14- and 15-year-old workers and will be better able to recognize potential hazards. Information pertaining to Child Labor Laws and special restrictions may be obtained by contacting a local office of the Alaska Department of Labor and Workforce Development, Division of Labor Standards and Safety, Wage and Hour or reviewing one of the following documents: 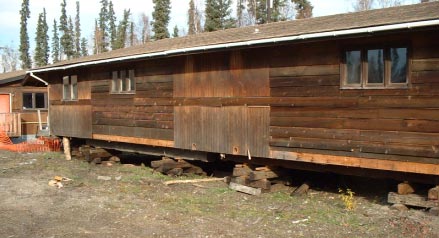 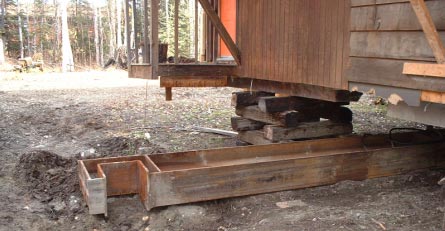 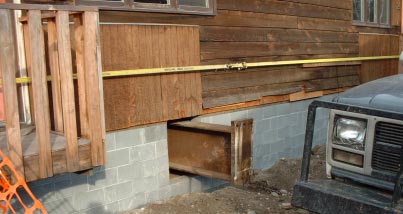 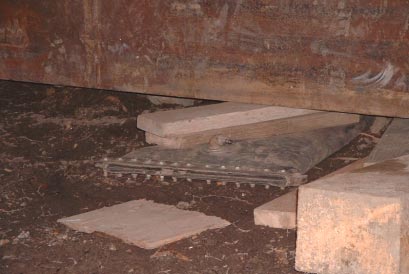 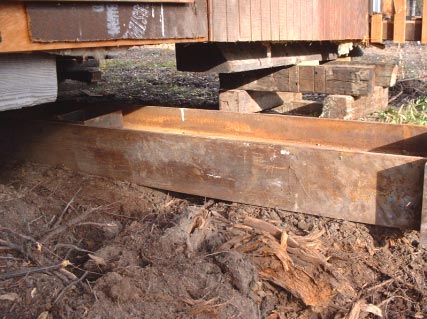 Fatality Assessment and Control Evaluation (FACE) Project The Alaska Division of Public Health, Section of Epidemiology performs Fatality Assessment and Control Evaluation (FACE) investigations through a cooperative agreement with the National Institute for Occupational Safety and Health (NIOSH), Division of Safety Research (DSR). The goal of these evaluations is to prevent fatal work injuries in the future by studying the working environment, the worker, the task the worker was performing, the tools the worker was using, the energy exchange resulting in fatal injury, and the role of management in controlling how these factors interact.