Preparing for Extreme Heat This Summer

As we head into the hottest part of summer, make sure your workers are prepared for extreme heat. Hot environments combined with physical activity and other factors, like clothing and personal protective equipment (PPE), can increase the body’s temperature and cause heat stress. Heat stress can result in heat-related illnesses like heat stroke, heat exhaustion, heat cramps, or heat rashes.

Workers at risk of heat stress include outdoor workers and workers in hot environments, such as construction workers, landscaping workers, agricultural workers, miners, firefighters, food service workers, and others. Heat can also increase the risk of other types of workplace injuries caused by sweaty palms, fogged-up safety glasses, and dizziness.

Here are some recommended strategies to prevent heat-related illnesses at your workplace:

Monitor: Employers should monitor the weather and plan for when a heat wave is forecasted. While employers and supervisors should monitor workers in hot conditions, they can also put a buddy system in place where workers observe each other for symptoms of heat-related illness.

Rest Breaks: In the heat, workers need more time to rest and cool down. Employers should provide a cooler place, a shaded or air-conditioned area is best, and encourage workers to take breaks. Adjust how often and how long rest breaks are based on conditions (e.g., temperature, humidity, sunlight, physical tasks) and PPE worn because wearing PPE can increase the risk of heat-related illnesses.

Hydration: One of the most important ways to prevent heat-related illness is drinking enough fluids. Workers need to drink small amounts of water throughout the day so that they never become thirsty. For moderately intense work that lasts less than 2 hours, workers should drink approximately 1 cup of water every 15 to 20 minutes.  During prolonged sweating lasting several hours, workers should drink sports drinks containing balanced electrolytes. Employers should make cool, potable water readily available and encourage workers to hydrate before, during, and after work.

Acclimatization: Over time, our bodies can go through a gradual process known as acclimatization, which helps us adapt to heat exposure. New workers on an 8-hour shift should spend only about an hour and a half in the heat on their first day. Their exposure time should increase slowly—no more than a 20% increase per day. Experienced workers should have no more than 50% exposure the first day. By the fourth day, most healthy workers should be able to tolerate 8 hours in the heat assuming they are well-hydrated and have appropriate rest breaks.

Training: NIOSH recommends implementing a heat stress training program, in a language workers and supervisors understand, which includes the following:

NIOSH has several useful resources including the OSHA-NIOSH Heat Safety Tool App, which can be used to plan outdoor work activities based on how hot it feels throughout the day. NIOSH webpages related to heat stress, heat-related illness, and hazards to outdoor workers provide detailed information, along with a link to the NIOSH Criteria for a Recommended Standard: Occupational Exposure to Heat and Hot Environments.

If you ever have felt energetic after an active weekend but exhausted after an active workday, your experience may be backed by science, according to research recently published in the journal Occupational & Environmental Medicine.

Previous studies suggested that physical activity at work is associated with decreased heart health, while physical activity for leisure may have an opposite, protective effect. To look at the biological mechanisms underlying this difference, researchers at NIOSH and The University of Pittsburgh compared heart rate and blood pressure between physically active non-workdays and workdays.

Study participants included 19 middle-aged men whose jobs in food service, material moving, healthcare, or maintenance involved light physical activity. Their average age was 47 years, and 68% were white. All participants wore activity and heart rate monitors for 7 days and a blood pressure monitor on one non-workday and one workday. The researchers then averaged heart rate and blood pressure readings between non-workdays and workdays with comparable activity levels.

In other, preliminary findings, increases in blood pressure and heart rate remained elevated for longer periods after being physically active at work versus leisure. Overall, the study suggests that public-health recommendations for physical activity may need to be different for physical activity at work than at leisure.

Most of what we know about work and health is based on research through a framework of exposure and disease, but this approach does not address social influences on work and health. To better understand this relationship, the complexity of work must be viewed in the context of society.

A new framework was recently proposed to guide research on work, health, and health inequity. The framework, published in SSM – Population Health by a NIOSH researcher and collaborators, offers ways to investigate social factors that determine the level of exposure to hazards at work.

With an emphasis on work, the researchers identified three types of social institutions that create differences in health-related conditions: work and employment, general social policies, and resources for working people. The researchers also identified underlying sociopolitical forces—historical, cultural, and economic beliefs and ideals—that configure these social institutions in certain ways and systematically place groups at higher risk. These forces include racism, sexism, and other stereotypes that sort groups into different kinds of jobs. The resulting divisions may influence the success of occupational safety and health regulations as well as the access to needed resources.

To demonstrate how social institutions affect work-related health, researchers compared characteristics of work and health between the United States and the European Union’s 28 member states (EU28). One notable difference was the proportion of workers reporting poor general health: <3% in the EU28 and >9% in the United States. In the population overall, the proportion reporting poor general health is about 9% in both regions, which suggests that U.S. workers with health problems continue working while their EU28 counterparts leave the workforce. Various social institutions support people differently during the time of injury, sickness, and recovery (e.g., healthcare access, income replacement, paid leave). As a result, differences in social institutions between the United States and EU28 may explain poorer health in the U.S. workforce, according to the researchers. 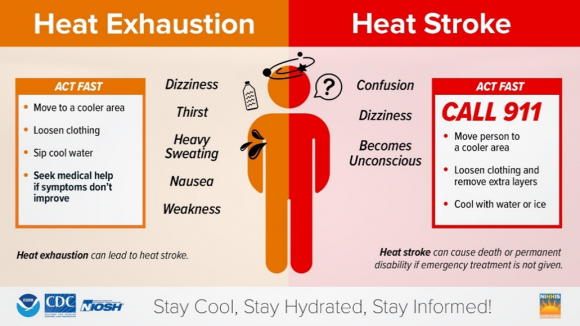 NIOSH recently announced a vacancy for its Deputy Director of Program position. The Deputy Director will participate and fully share leadership for managing the Institute with the Institute Director. They will lead the Institute in establishing programmatic goals and be responsible for planning, developing, evaluating, and managing occupational safety and health public health research programs. The closing date for this position is July 28.

Transformation of H&S Sensors Data into Information and Action: Real World Examples
The NIOSH Center for Direct Reading and Sensor Technologies (NCDRST) will host a webinar on July 27 from 8 a.m. to 10 a.m. (EDT). The NCDRST promotes a mindful adoption of sensors, advanced monitoring technologies, and improved methodologies for occupational health and safety and workers’ wellbeing. Read more and register.

Relevance, Practice and Insights From Applying Scenarios
The next Foresight Friday @ NIOSH webinar is July 29 from 11 a.m. to 12 p.m. (EDT). Dr. Cho Khong from the Saïd Business School at the University of Oxford will discuss how scenario-based planning can help organizations think strategically about the future and effectively respond to change. Read more and register.

Development of the NIOSH Worker Well-Being Questionnaire (WellBQ)
A new article describes the development of the NIOSH WellBQ, an instrument that comprehensively measures worker well-being. It builds on a previous publication describing the development of the worker well-being framework through a literature review and expert panel recommendations. This new article describes the pilot testing of the draft instrument and the psychometric analysis performed to finalize the instrument and optimize validity. Learn more in the Journal of Occupational and Environmental Medicine.

Deadline for Nominations Extended for Annual Safe-In-Sound Excellence in Hearing Loss Prevention Award
NIOSH and partners are accepting nominations for the 2023 Safe-In-Sound Excellence in Hearing Loss Prevention Award through July 15. To submit a nomination please send a letter of intent describing why the nominated individual or organization deserves the award to nominations@safeinsound.us by the deadline The awards will be presented on February 10, 2023, at the annual Hearing Conservation Conference.

NIOSH and the Society for Chemical Hazard Communication Sign New Partnership Agreement
NIOSH and the Society for Chemical Hazard Communication recently signed an agreement to combine their expertise to advance protection of workers and promote best practices. They aim to encourage workers and employers to develop and use safety and health management programs and effective preventions strategies and technologies. A significant area of interest and potential collaboration is in the advancement of hazard communication related to chemicals in the workplace. For more information, please contact Thomas J. Lentz.

NIOSH Enters Ambassador Status With OSHA and the National STEPS Network
NIOSH recently entered into the new Ambassador status agreement with the Occupational Safety and Health Administration and the National Service, Transmission, Exploration, and Production Safety  Network to prevent illnesses, injuries, and fatalities among exploration and production workers in the oil and gas industry. Read the full NIOSH Update.

Online Workplace Violence Prevention Course for Nurses
The past two years have been more challenging than usual for nurses and other members of healthcare teams. NIOSH continues to offer, in compliance with continuing education requirements, free, accredited online training for nurses and other related healthcare disciplines to prevent workplace violence. This award-winning course has been completed by more than 45,000 healthcare workers. 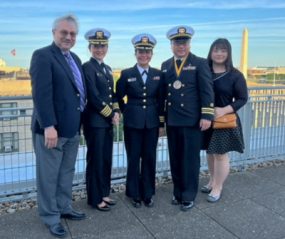 Draft National Institute for Occupational Safety and Health (NIOSH) Healthcare Personal Protective Technology (PPT) Targets for 2020 to 2030; Request for Comment
The notice was posted on May 16. Comments must be received by July 15.

National Institute for Occupational Safety and Health (NIOSH) Fire Fighter Fatality Investigation and Prevention Program (FFFIPP) Fire Service Community Meeting
The notice was posted on May 13. Comments must be received by July 27.

Centers for Agricultural Safety and Health: