NHANES Directors and the years they served as Director are listed below. Click the Director’s name to go to the biographical sketch. 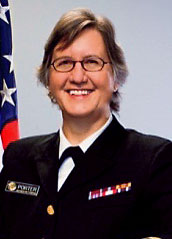 A Captain in the U.S. Public Health Service (PHS) Commissioned Corps, and former Epidemic Intelligence Service (EIS) Officer, Dr. Porter brought a strong combination of training and experience to this position. She started her career at NCHS as a medical epidemiologist in the Division of Health Interview Statistics. She joined DHANES in 1997 as the Senior Medical Officer in the Operations Branch and was Acting Branch Chief of Operations from 2001-2003.

As DHANES Director, she assured the program maintained its reputation as the gold standard for hundreds of health measures in the U.S. She and her staff worked with more than two dozen federal partners in planning and implementing three cycles of the survey. During her tenure, the NHANES Biospecimen program was strengthened, a feasibility study for a longitudinal NHANES was completed, and timely national estimates for conditions of public health importance were produced. These included estimates for obesity, diabetes, hypertension, kidney disease, dental caries, prescription opioid use, nutrition status, and exposures to environmental toxins. 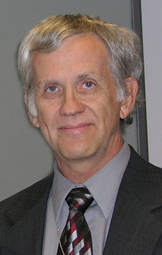 Clifford Johnson had been with the National Health and Nutrition Examination Survey program for 42 years. He started first as a research analyst, then a branch chief and special assistant to the director of the division. Mr. Johnson was appointed Deputy Director in 1996, and served as the Division Director from 2001-2012.

Mr. Johnson was a member of many national and international committees and workshops on nutrition and health, and had served as an expert consultant to New Zealand, Korea, the European Union, South Africa and Canada on the content and conduct of examination surveys. He also served as an advisor to several Institute of Medicine committees and working groups. Mr. Johnson had played an integral role in numerous federal committees and working groups in the area of nutrition and health policy, including the National Cholesterol Education Program Coordinating Committee, the Interagency Board for Nutrition Monitoring and Related Research, the National Institutes of Health Nutrition Coordinating Committee, and the Dietary Reference Intakes Steering Committee and the CDC Folic Acid Working Group. He was the recipient of numerous NCHS and CDC awards.

Mr. Johnson’s research interests spanned a variety of nutrition and health related topics, and his expertise includes nutrition monitoring, iron deficiency anemia, overweight, child growth, cholesterol, folate and cardiovascular risk factors. In addition, he had worked extensively in the area of survey methodology, and he has addressed analytic issues of complex sample surveys concentrating on survey design effects, non-response bias, multiple imputations, and the comparison of measurement error versus survey design error. Mr. Johnson had authored or co-authored over 125 articles, and given more than 300 oral presentations. 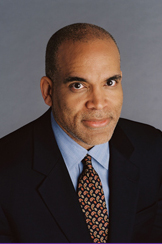 Raynard Kington was Director of the Division of Health and Nutrition Examination Statistics (DHANES) from 1999-2001. Prior to coming to DHANES, Dr. Kington was a Senior Scientist at the RAND Corporation. After departing the DHANES, Dr. Kington served as Associate Director for Behavioral and Social Sciences Research at the National Institutes of Health (2000-2003), Deputy Director of NIH (2003 to present), as well as Acting Director of NIH (2008-2009).Dr. Kington’s research has focused on the role of social factors, especially socioeconomic status, as determinants of health. His research has included studies of the health and socioeconomic status of black immigrants, demographic correlates of the willingness to participate in genetic research, the relationship between wealth and health status, the health status of U.S. Hispanic populations, and the determinants of health care services utilization.

Dr. Kington is board-certified in Internal Medicine and Public Health and Preventive Medicine. In 2006, Dr. Kington was elected to membership in the Institute of Medicine of the National Academy of Sciences. 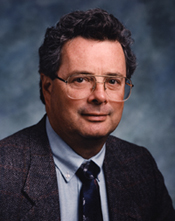 Robert Murphy began his career at NCHS, first as a statistician in the Office of Research Methods (1964-1969), and then as Assistant to the Director in the Office of Program Planning and Development (1970-1972). Mr. Murphy came to the Division of Heath Examination Surveys (DHES) in 1972, first served as a Special Assistant to the Director for Program Planning and Quality Control (1972-1974), and then as the Chief of the Survey Planning and Development Branch (1974-1978). Mr. Murphy was named Deputy Director of DHANES in 1978, and served as the Division Director from 1979 to 1997.Mr. Murphy played an integral role in drafting the original proposal to add a nutritional component to the Health Examination Survey and subsequently worked with nutrition experts across the country and DHES staff to craft the specifics and implementation of the plan. He was the senior author on the white paper conceptualizing the specifics of NHANES I, adding the NHANES I augmentation sample to complete the plan to assess chronic diseases in adults.During the data collection and processing of NHANES I, Mr. Murphy instituted major quality assurance/quality control (QA/QC) efforts that continued in subsequent surveys. He led the content development for NHANES II, along with the QA/QC, and implementation activities. He initiated the reimbursable work program for collaborative projects with a number of federal agencies. These efforts dramatically improved the data quality and brought scientific and technical expertise into NHANES, enabling the program to address important health and nutritional policy needs.

As Director, Mr. Murphy was a prime mover in focusing NHANES data uses for specific applications. He changed the analytic and publication emphasis from government reports to professional journal articles, an important shift from general purpose statistical reports. When he retired, over 1,500 articles had been attributed to NHANES with annual increases. Maintaining close relationships with public and private users became a NHANES priority and led to the development of the data tape release program to encourage use of NHANES data. Mr. Murphy recognized the value of the “surplus biological materials” generated by the examination surveys and he worked closely with CDC to properly store, track history, and keep an inventory of specimens for accession as required.

While he was the director, Mr. Murphy expanded the focus of NHANES from producing overall estimates of the prevalence to also producing more detailed analyses for minority groups. He instituted the move of field operation and data processing to a private contractor. This move avoided personnel freezes and hiring issues, and enabled expansion and flexibility of field operations. It also enabled the division to move toward automation of the data collection process in NHANES III. Mr. Murphy directed the planning and implementation of NHANES III in collaboration with many of our Federal partners. He retired in 1997 after 18 years as the division director.