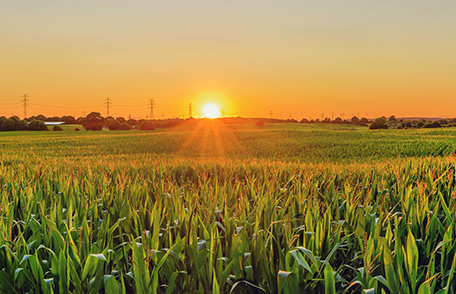 Learn more on the role of diet in human contact with glyphosate, a widely used herbicide in the United States.

An estimated 81% of the U.S. population has had recent exposure to glyphosate, a chemical found in some weed killers, according to a new study, “Exposure to glyphosate in the United States: Data from the 2013–2014 National Health and Nutrition Examination Survey.”

People can be exposed to glyphosate through diet, skin contact, and breathing in particles from the air. Fruits, fruit juices, vegetables, and cereals are possible sources of glyphosate, a widely used herbicide in the United States.

The study represents the largest evaluation of glyphosate exposure of its kind in the United States and the country’s first to provide information on the levels of glyphosate in urine by race/ethnicity and sex for adults and children 6 years and older.

Researchers noticed that fasting influenced both adults’ and children’s levels of glyphosate in urine. Longer times between eating can help determine whether food contributes to exposure to environmental chemicals. Participants who had not eaten for eight or more hours had lower levels of glyphosate in their urine—suggesting that food is an important source of contact with the chemical.

Glyphosate is a broad-spectrum, systemic herbicide and the active ingredient in glyphosate-based herbicides (GBHs). Since their introduction in the late 1970s, the volume of GBHs for weed control in the United States has grown about 100-fold. Studies conducted in the United States and other geographical regions, including Europe, have reported similar levels of glyphosate in human urine samples. 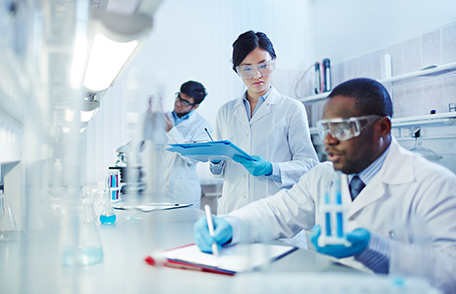 Working in the laboratory

The degree of glyphosate exposure in the general U.S. population was unknown until researchers analyzed stored urine specimens from a representative sample of the population 6 years of age and older from the 2013–2014 National Health and Nutrition Examination Survey (NHANES).

NHANES is an ongoing study to assess the health and nutritional status of adults and children in the United States. The National Center for Health Statistics at the Centers for Disease Control and Prevention conducts the survey in two-year cycles. The survey includes direct household interviews with demographic, socioeconomic, dietary, and health-related questionnaires; physical exams; and collection of biological samples such as urine. A portion of the samples collected is used to research exposure to environmental chemicals.

Glyphosate was challenging to measure because it is a tiny and water-soluble molecule that is difficult to separate from other molecules. Through years of trial, CDC chemists developed a method that stood up to the test of the unusual properties of glyphosate. The method consistently met the target value—proving highly precise and accurate. Learn more about data on human exposure to glyphosate.

Exposure to glyphosate in the United States: Data from the 2013–2014 National Health and Nutrition Examination Survey, Environment International, (accepted November 3, 2022)