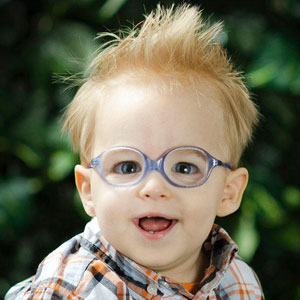 As you know, there are decisions to be made after your baby is born: when to clamp the cord, eye ointment, hepatitis B vaccine and the vitamin K shot, to name a few.

Judah was born July 15, 2011.  My midwife asked if I’d like to have the vitamin K shot.  I said, “no.”  I found myself hesitating for a brief moment.  Chad was busy outside of our room so I didn’t have time to confirm with him whether this was still our decision.  I dismissed my hesitation and stuck with the answer we had chosen for our past five children.  None of my children had received the shot and they had all been fine. . . why was I hesitating?  Until Judah, my children had been SO, so healthy.  I praise God for their health and see how easily I had taken it for granted.  We had never needed an antibiotic in those 10 years prior to Judah.  We never experienced an ear infection or anything more than a common cold or seasonal flu.  We might have used Tylenol a total of five times in ten years.  I truly took for granted how healthy we had been.  And my justification continued….I knew I didn’t have the typical risk factors…  My labor had been smooth without complications…  In that moment I didn’t even remember all the reasons we had chosen not to do the shot.  I knew that way back when I first had Josiah there was speculation that the vitamin K shot was linked to childhood leukemia (that since has been proven false).  I did not do a good job researching the pros and cons of this shot, let alone praying about the decision.  And I did not think there was even the slightest possibility of anything wrong happening because of that choice.  Certainly a brain hemorrhage was nowhere on the radar. 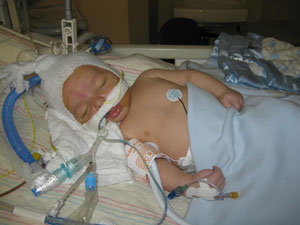 But, on August 20, 2011 life as our family of eight knew it drastically changed.  Our son, Judah Forrest James was 5 weeks old.  His first five weeks of life had been “normal.”  He was full term when born.  I had a great pregnancy and beautiful birth.  However, this particular day we thought Judah had the stomach flu.  He had thrown up a few times.  By the time our other children went to bed Judah seemed very lethargic.  We tried to wake him up to eat….to no avail.  He was “too sleepy.”  After a call to our midwife for advice we began packing our things to head out to the hospital.  I was in the kitchen finding items for the diaper bag.  Chad was in our bedroom changing Judah’s diaper.  I suddenly heard him screaming, “JUDAH!!!!! JUDAH!!!  Come on, buddy!!!  Krista!!  CALL 911!!!!”  ….Judah had a seizure and stopped breathing….  A 911 call, transport to Lakeland Regional Hospital, whirlwind of tests, another transport to Tampa General Hospital, and surgery to place a temporary shunt in Judah’s brain…  This was clearly not the stomach flu… 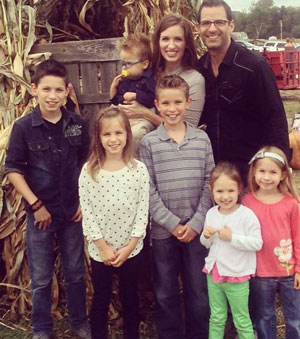 Judah suffered two brain hemorrhages believed to have been caused by Vitamin K Deficiency Bleeding or VKDB also known as Late Onset Hemorrhagic Disease of the Newborn.  We are thankful they found answers and determined the cause but that news came with a sting.  “Had you given your baby the shot, this probably would have never happened….”  Those words would replay in my mind hundreds and hundreds of times.