Key Findings: New Method Designed to Detect the Type of Antibodies Linked to Inhibitor Development Among People with Hemophilia A and B 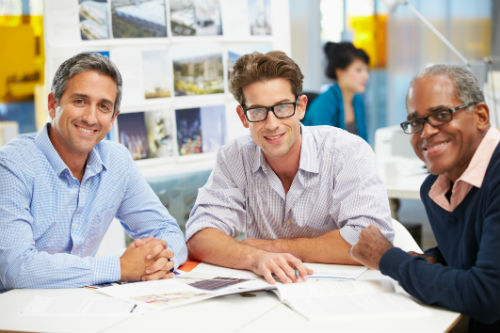 The Centers for Disease Control and Prevention (CDC), along with researchers from the Hemophilia Inhibitor Research Study (HIRS), have recently published two articles in The Journal of Thrombosis and Haemostasis. The articles describe important findings related to the formation of inhibitors (antibodies) in patients who have hemophilia. These research reports looked at people with hemophilia who enrolled in the HIRS from 2006-2015 at 29 US hemophilia treatment centers, and had their blood tested for inhibitors that interfered with their ability to clot blood. The study showed that people with hemophilia A and hemophilia B who develop inhibitors are likely to have a specific type of antibody (called immunoglobulin G subclass 4, or IgG4). When traditional inhibitor tests do not give clear results, tests for these antibodies may help clarify whether an inhibitor is present or even just starting to develop. You can read the scientific summary of each article online (hemophilia Aexternal icon and for hemophilia Bexternal icon).

Hemophilia is an inherited bleeding disorder in which the blood does not clot properly. This can lead to spontaneous bleeding as well as bleeding following injuries or surgery. There are several different types of hemophilia. The following two are the most common:

How is Hemophilia Treated?

The best way to treat hemophilia is to replace the missing blood clotting factor so that the blood can clot properly. This is done by infusing (injecting through a needle into a vein) commercial factor treatment products. People with hemophilia can learn how to perform these infusions themselves, which enables them to stop bleeding episodes on their own. In addition, by performing these infusions on a regular basis, patients can prevent most bleeding episodes from happening in the future.

Antibodies are proteins in the blood that are made by a person’s immune system to attack intruders and substances that aren’t recognized as being normal parts of the body, such as bacteria and viruses. Inhibitors are types of antibodies that develop against clotting factor products used to treat bleeding in people who have hemophilia. Inhibitors develop when the immune system in a person with hemophilia identifies the clotting factor product as a foreign substance because the person’s immune system has had little or no exposure to normal clotting factor. The inhibitors stop the infused factor from working, which makes it more difficult to stop a bleeding episode.

How are Inhibitors Diagnosed?

A blood test called the Nijmegen-Bethesda Assay (NBA) is used to diagnose inhibitors. The NBA measures inhibitor levels in the blood based on how much inhibitors interfere with blood clotting in a test tube. In some cases, the NBA does not produce a convincing positive or negative result, and it is unclear if the patient’s sample has an inhibitor or not. In order to address the problem of unclear results, CDC researchers developed a new inhibitor detection method to complement the NBA. This new method, which is called a fluorescence immunoassay (FLI), was developed as a part of the HIRS using blood samples from people who have hemophilia A to detect antibodies to factor VIII and blood samples from people who have hemophilia B to detect antibodies to factor IX.

Main Findings from the Studies

The Hemophilia Inhibitor Research Study was supported by the CDC Foundation through grants from Pfizer Pharmaceuticals and Baxter Healthcare.