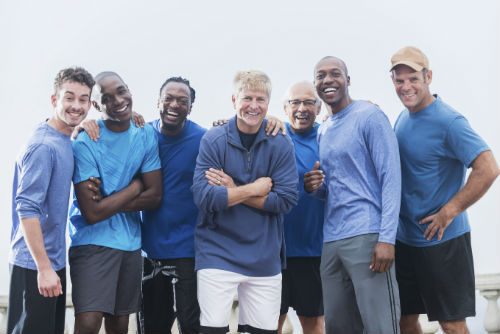 New study shows medical care, treatment and support services for hemophilia have improved over the past 50 years. Yet people affected by this disorder still have health challenges. Read more of what we learned.

Medical care, treatment and support services for men and boys with hemophilia have improved over the last five decades. Yet people affected by this disorder still experience significant health challenges throughout their lifetime.

To continue the medical care for this population, it’s important to keep systems in place to monitor and learn more about the health of people with hemophilia. This knowledge can then be used to develop programs to improve health and quality of life for those living with hemophilia.

Researchers from the Centers for Disease Control and Prevention (CDC) and the U.S. Hemophilia Treatment Center Network conducted a study of the health of men (19 years or older) with hemophilia in the United States (U.S). The study aimed to find out the links between

Researchers analyzed information collected from 4,899 men with severe and 2,587 men with mild hemophilia. These men received care at U.S. hemophilia treatment centers from 1998-2011. Data were organized into four time periods (called Eras) that reflected major developments in therapies and health care for people with hemophilia. Listed below are these Eras from oldest to youngest:

For men with severe versus mild hemophilia within each Era, study researchers compared

A number of observations from this study need further investigation

Research is needed to understand the reasons for the apparent underutilization of prophylaxis by some men with hemophilia, and to develop strategies that are successful in changing behavior.

More work is needed to understand the factors that contribute to joint bleeds and to develop treatment strategies for men with hemophilia who have a higher risk for joint disease.

Focused studies are needed on men with mild hemophilia who have unusually high rates of bleeding in order to identify the reasons behind their increased bleeding tendency.

Please visit the following links for more information about