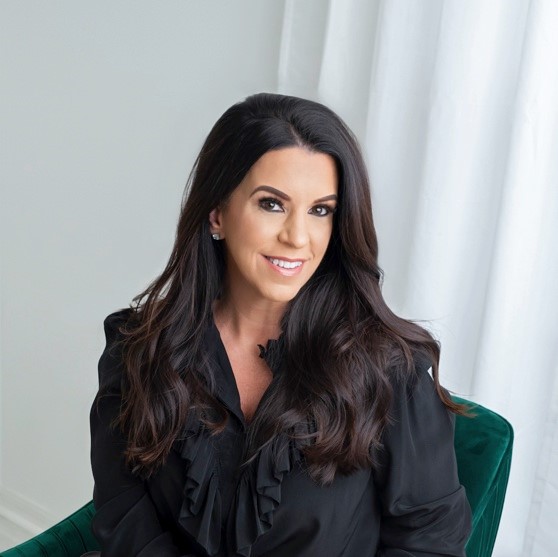 My name is Lori Evans. I’m a mother, wife, and interior designer living in Gainesville, Florida. I would like to share my story about how a simple drawing may have saved my life from a blood clot.

In August 2014, I was filled with joy after delivering my second child, Jack.  He was perfect in every way.   As he was napping and I was getting ready to go home, I looked through the endless amount of educational materials provided in the hospital.  What struck me was a simple hand drawing of a leg with a red circle and arrow pointing to the calf, describing a blood clot in the leg, also called deep vein thrombosis (DVT).  Before leaving, I had an odd, charley horse type of pain in my leg.  Because of this drawing, I decided to mention it to the nurse. We decided it was likely harmless, so I headed home with my baby.

Two days later, I went back through these materials while Jack was feeding.  Again, I saw the drawing and realized that I still had this charley horse feeling in my calf.  I called my OB-GYN, who advised me to go straight to the emergency department (ED).  Getting right to the point, he told me this could be a blood clot and time was of the essence.  In the ED, I had an imaging test called an ultrasound to look inside my body to find the source of my pain, but nothing was found.  I had this nagging feeling and asked them to look again, just to be sure.  Again, nothing was found.  I then asked if any follow-up was necessary.  I was told if I wanted to really make sure, I could go see someone at a radiology practice, where more complete imaging tests are done to diagnose and treat diseases.

I’m the type of person who likes to leave no stone left unturned and since I had this nagging feeling, I made an appointment for the following week at a radiology practice.  At that appointment, I had another ultrasound test.  The medical technician told me, “You will not want to hear this, but you have a blood clot in your leg.”  I received this information at 4 p.m. on a Friday.  Because of the timing, I was advised to immediately return to the ED with my ultrasound report in hand, where I could begin to receive treatment.

Back in the ED where this all began, I was given my first injection of a medicine called an anticoagulant, which is used to help treat and prevent future blood clots.  I was sent to a hematologist (doctor who treats blood disorders) and sent home with 14 days of medicine.  For many months afterward, I also took a medicine called warfarin, used to help prevent future blood clots.  After meeting with the hematologist, she encouraged me to get tested to look for additional risk factors for blood clots.  Sure enough, the test results showed that I carried Factor V (Five) Leiden, an inherited gene mutation (altered gene passed down from a parent to a child) that can increase one’s chance of developing a blood clot.  That, coupled with giving birth, increased my chance of developing a blood clot.

I have learned a great deal about my health during my journey with blood clots.  I am so happy my hematologist encouraged me to get tested to learn more about my individual risks.   I now make it a practice to share in my personal circles the fact that if you are pregnant you need to be aware of the possibility of developing blood clots.

I offer the following tips for other women:

In a nice twist of fate, the radiology group that found my blood clot recently hired me to completely redesign their practice.  They had no idea of the connection.  I happily redesigned the lobby, offices, and even the exam room where I received my diagnosis!

CDC thanks Lori for sharing her personal story.

* CDC released the Hear Her campaign to raise awareness of urgent warning signs that may occur during pregnancy or in the year after delivery, such as swelling, redness, or pain of the leg or arm. Seek medical care immediately if you experience these symptoms.