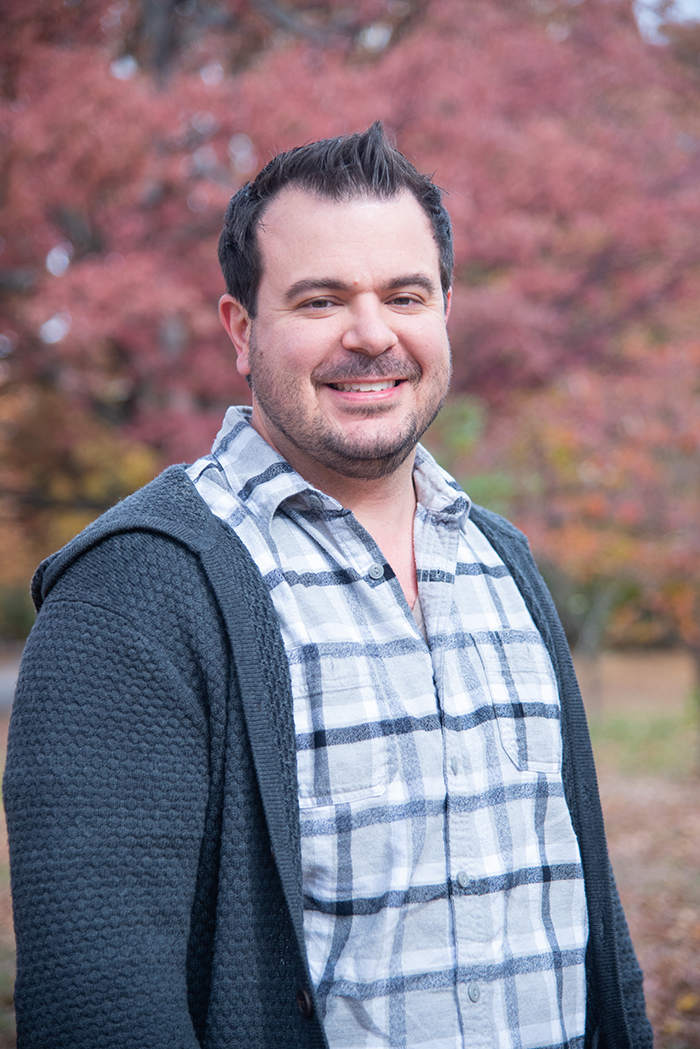 My name is Joe Harouni, I am the father of two young daughters. Professionally, I lead a digital consulting practice. I am sharing my personal story on my experiences with blood clots because I want to help increase awareness and prevent some of the hardships I experienced.

In the fall of 2004, I was a senior in college. I was living away from home, about a 7-hour drive. I had a terrible pain in my leg and my leg was swollen, so I went to my university’s Student Health Center. The staff asked about any physical activity in the preceding days, and I recalled that I had been throwing a football around with some classmates recently. They diagnosed a sprain or muscle strain and gave me some ibuprofen.

Over the coming days, my symptoms worsened, and the leg became discolored, purple, and more painful.  My leg became swollen to the point where I had to borrow a friend’s crutches to get around. I should have gone back to seek further medical attention but did not. As the days turned to weeks the pain subsided somewhat and I adjusted to a new normal of my leg being sore and swollen.

A few weeks later, right before semester finals and winter break, I developed a pain in my side and it was difficult for me to take full, deep breaths. It felt like what I imagined a broken rib to feel like. Because I was only a few weeks away from travelling home for the break, I decided to tough it out and see a doctor once I got home.

After finals, I drove 7 hours back home. My mother, who is a registered nurse, took one look at me and decided to take me to the hospital, where it was discovered that I had a very serious condition called a pleural effusion, a buildup of fluid in my lung cavity.

During the hospital stay, I do not recall being told there was a blood clot in my lung, also called a pulmonary embolism. I was hooked up to a machine that slowly siphoned two liters of fluid out of my lung cavity, and that relief allowed me to take full breaths again and reduced the pain. I was sent home from the hospital and put on a medicine that I had to inject myself twice a day until the oral medicine, warfarin, could reach therapeutic levels (the range within which the medicine is expected to be effective).

My mother scheduled a follow-up appointment for me with a specialist several weeks later and took the time to gather all my health history records and forward them.  During my appointment, the doctor made the connection between the pain in my leg and my hospital stay. It was her theory that what the University Student Health Center had originally diagnosed as a football injury was likely a blood clot in my leg, also called deep vein thrombosis.  She thought the blood clot in my leg broke off and traveled to my lung. My doctor ordered an imaging test called an ultrasound of my leg that proved her theory was correct.  I also underwent testing that confirmed I had a common genetic condition called Factor V Leiden, which is associated with a higher risk of blood clotting.

Upon learning this, my family underwent testing as well, and my father, brother, and sister also learned they had this same genetic condition. My sister now knew to be especially vigilant and careful regarding hormonal birth control, some of which are also associated with a higher risk of clotting. I learned that when I had been much younger, my father was hospitalized with a blood clot in his leg.

For a long time, I was in denial about my condition.  After six months, I stopped taking my medicine, which is used to treat and prevent future blood clots, because the prescription ran out  and I was unclear on whether I was to continue indefinitely or not.  In addition, the blood testing required to stay on my medicine was cumbersome.  I also did not take seriously other health issues and other blood clotting risks, and for years did not quit smoking or take serious steps to lose weight.  I would sometimes feel a pain in my leg or pain in my chest and wonder and worry if it was another blood clot. I lived with this anxiety for a long time.

Several years later, I got another blood clot in my leg, which led me to seek care by a hematologist (doctor who treats people with blood disorders). I began a new class of medicines called direct oral anticoagulants (DOACs), which are much more convenient than warfarin because they do not require the routine blood monitoring that is required with taking warfarin.  This has helped me stick to my treatment plan.  By this time, I was older and a little bit more mature and resolved to take better care of myself. I quit smoking. I began losing weight and exercising more regularly. I partnered with my hematologist to form a plan that I stuck with and now see my hematologist each year.  I have also become more mindful of taking and staying on track with my medicine.

Today, I rarely worry about blood clots and feel like I am in control and doing things that will help keep me healthy and around longer for my family.  I now have a very positive outlook about my life and it has been such a relief to get all of this taken care of.

Here are some of my tips for others facing a blood clot:

CDC thanks Joe for sharing his personal story.