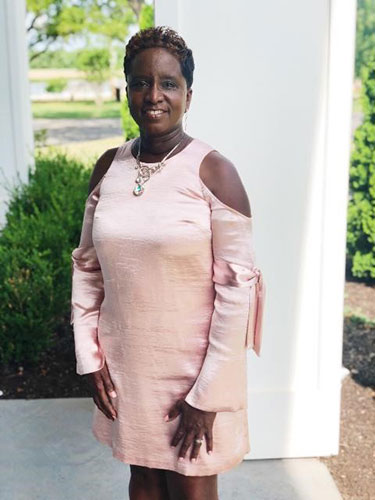 As a health professional, doctoral student, mother, and caregiver, Ena Wanliss is living the fulfilling life she always dreamed of.  However, in the past 12 years, she has also faced the daunting experience of travel-related blood clots, not once but twice.

Her first experience with blood clots occurred in 2007. Shortly after returning home from an 8-hour road trip to Florida, Ena began to experience a discomfort in her right calf that would not go away.  Eventually, she noticed her calf beginning to swell, with increased warmth to the touch.  She went to her doctor, who told her, “I don’t want to scare you, but you may have a blood clot.”  He immediately sent Ena to the emergency department, where imaging studies confirmed the presence of a blood clot in her calf.

While in the hospital, Ena was put on an anticoagulant, or blood thinner, a medicine that helps prevent blood clots.  She was eventually sent home from the hospital, but began experiencing severe chest pain later that same night.  She reached out to her brother, also a doctor, who told her to immediately return to the emergency department.  Additional testing at the hospital showed a blood clot had dislodged from her leg and traveled to her lung.  At the time of hospital discharge, Ena was advised to continue taking the blood thinner. She was monitored for 6 months.  At the end of 6 months, a final image confirmed that the blood clot had disappeared, so Ena was cleared to stop taking the anticoagulant.

Ten years later, in 2017, after returning home from a 10-hour trip to Hawaii, Ena suddenly became aware, while sitting at the kitchen table, that she simply did not feel well. Her daughter asked if she could bring her some water, but before she had a chance to, Ena, sweating heavily, tilted backward and passed out.  Her daughter immediately called an ambulance and Ena was taken to the emergency department once again.  Once there, she communicated to her healthcare team that she had previously had a blood clot, so she was tested extensively for blood clots.  Testing confirmed the presence of blood clots in her lungs.

To manage her blood clot condition, Ena is now on a newer anticoagulant medicine to help prevent future blood clots – a medicine she’ll be on for the rest of her life.

Throughout her experience, Ena has also suffered from post-thrombotic syndrome, a condition that results when a blood clot damages the valves in the deep veins of the leg, causing discoloration and pain.  She now regularly sees a hematologist (a doctor who specializes in blood disorders), who monitors her health.

Ena offers the following tips for others who may find themselves in a similar situation:

CDC thanks Ena for sharing her personal story.