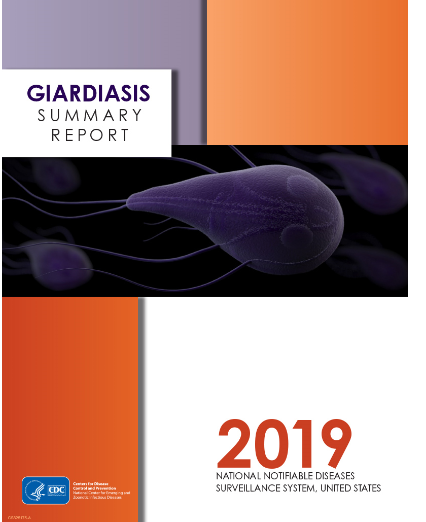 Giardiasis is an illness caused by the protozoan parasite Giardia duodenalis (formerly called G. lamblia or G. intestinalis), which causes gastrointestinal symptoms such as diarrhea, abdominal cramps, bloating, weight loss, or malabsorption (1, 2). Each year in the United States, it is estimated that Giardia causes more than 1.1 million illnesses (3).

Giardiasis is a nationally notifiable disease; the first full year of reporting was 1993. National data are collected through passive surveillance. Healthcare providers and laboratories that diagnose confirmed giardiasis cases report to the local or state health departments. State and territorial health departments, the District of Columbia (DC), and the New York City health departments, in turn, voluntarily notify CDC of cases via the National Notifiable Disease Surveillance System (NNDSS). The number of health departments submitting can vary from year to year depending on which states have designated giardiasis as reportable in their jurisdictions.

National giardiasis surveillance data for 2019 were analyzed using R version 4.0.3. Data cleaning processes included case deduplication and the verification of case status (e.g., confirmed, nonconfirmed). Numbers, percentages, and incidence (cases per 100,000 population) of giardiasis were calculated in aggregate for the United States and separately for each reporting jurisdiction. Rates were calculated by dividing the number of giardiasis cases by each year’s mid-year census estimates (6) and multiplying by 100,000. U.S. Census Bureau data were obtained using their Application Programming Interface and the R censusapi package (7–8). Region and total population estimates included only jurisdictions that reported (Supplemental Table 1). In addition to analyzing data nationally and by reporting jurisdiction, data were analyzed by region (Northeast, Midwest, South, and West regions), as defined by the U.S. Census Bureau (9). To account for differences in the seasonal use of recreational water, the West region was further subdivided into Northwest and Southwest.

To examine reporting over time, giardiasis rates were calculated by year (2010 to 2019) and case status (confirmed or nonconfirmed). Average annual giardiasis rates were calculated by demographic variables (e.g., age and sex) and jurisdiction. Rates were not calculated for race, ethnicity, or month of onset due to large proportion of missing data for these variables (i.e., 26.1%, 39.6%, and 40.1% respectively). Cases reported by territories were excluded from the analysis, because detailed demographic census data are not available to calculate rates by age and sex.

The authors gratefully acknowledge Kathleen E. Fullerton, Michelle Gleason, and Ariana Perez for their assistance in developing the annual reports of giardiasis by state through previous work on the Domestic Epidemiology Team, Waterborne Disease Prevention Branch, CDC. This report is based on contributions by state and local epidemiologists and microbiologists.

* Cases per 100,000 population per year
§ Probable, suspect, and unknown cases

Giardiasis is geographically widespread across the United States. Although incidence rates appear to be consistently higher in the northern states, differences in incidence might reflect differences in risk factors or modes of transmission of Giardia; the magnitude of outbreaks; or the capacity or requirements to detect, investigate, and report cases. 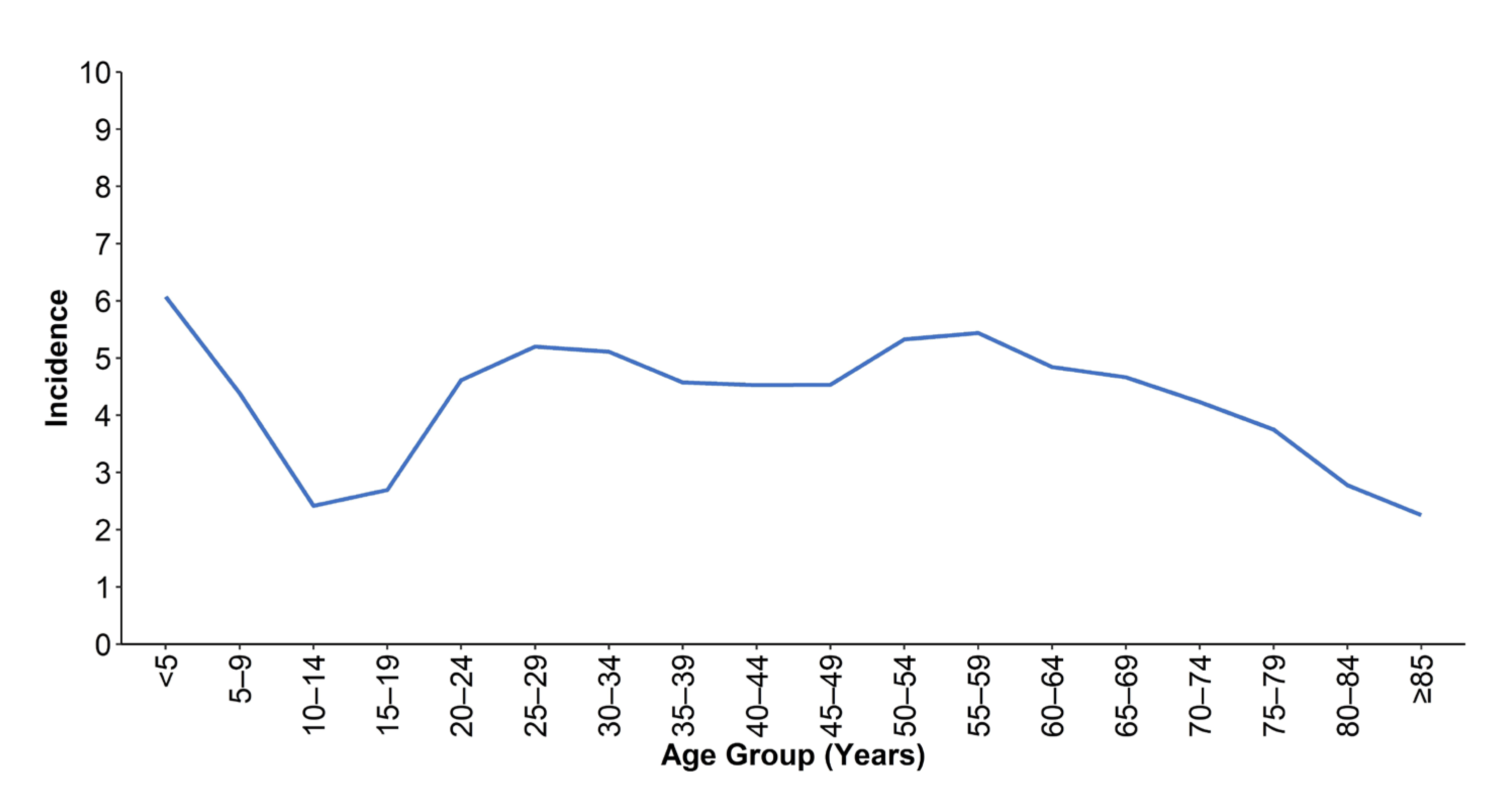 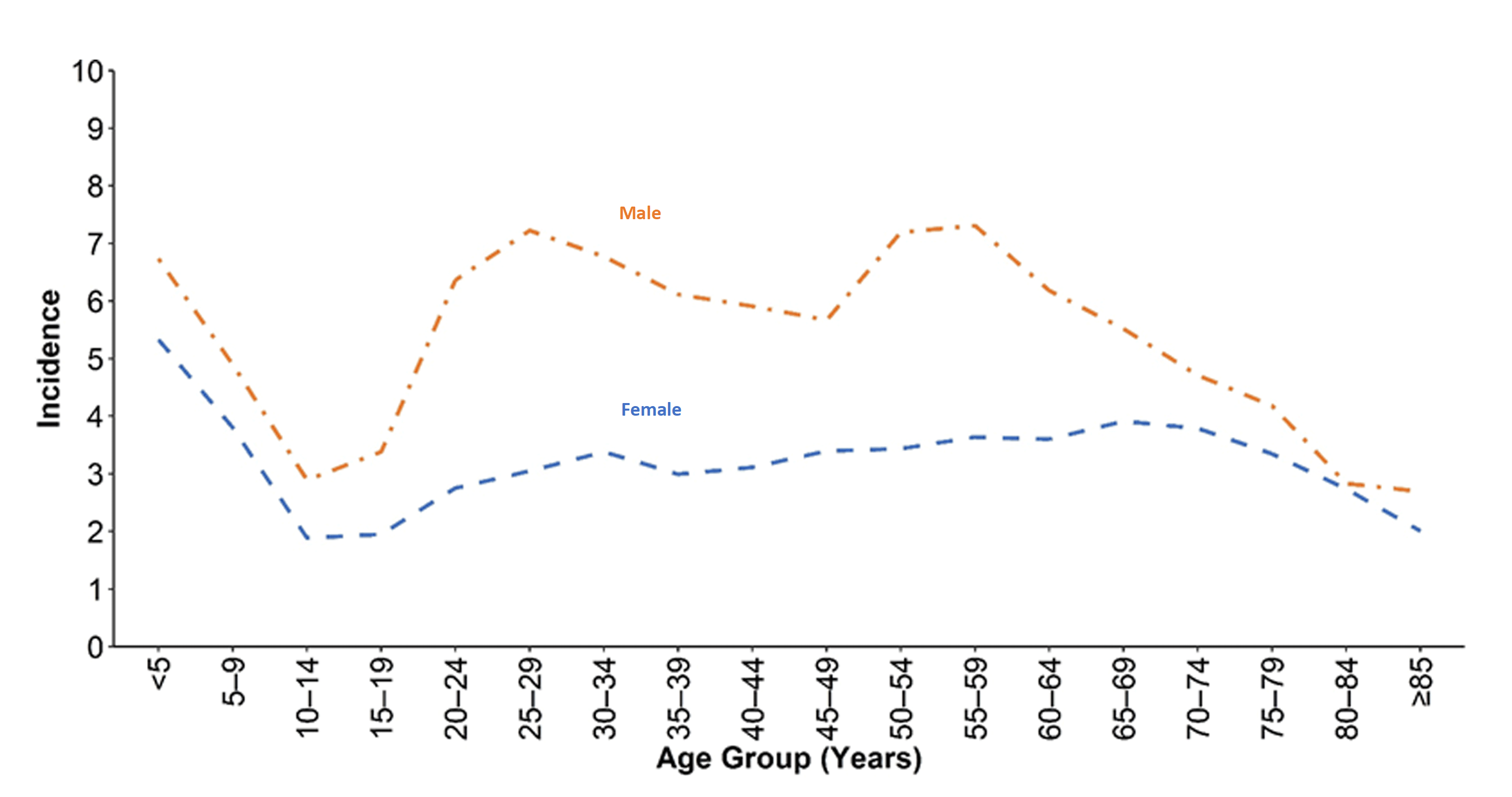 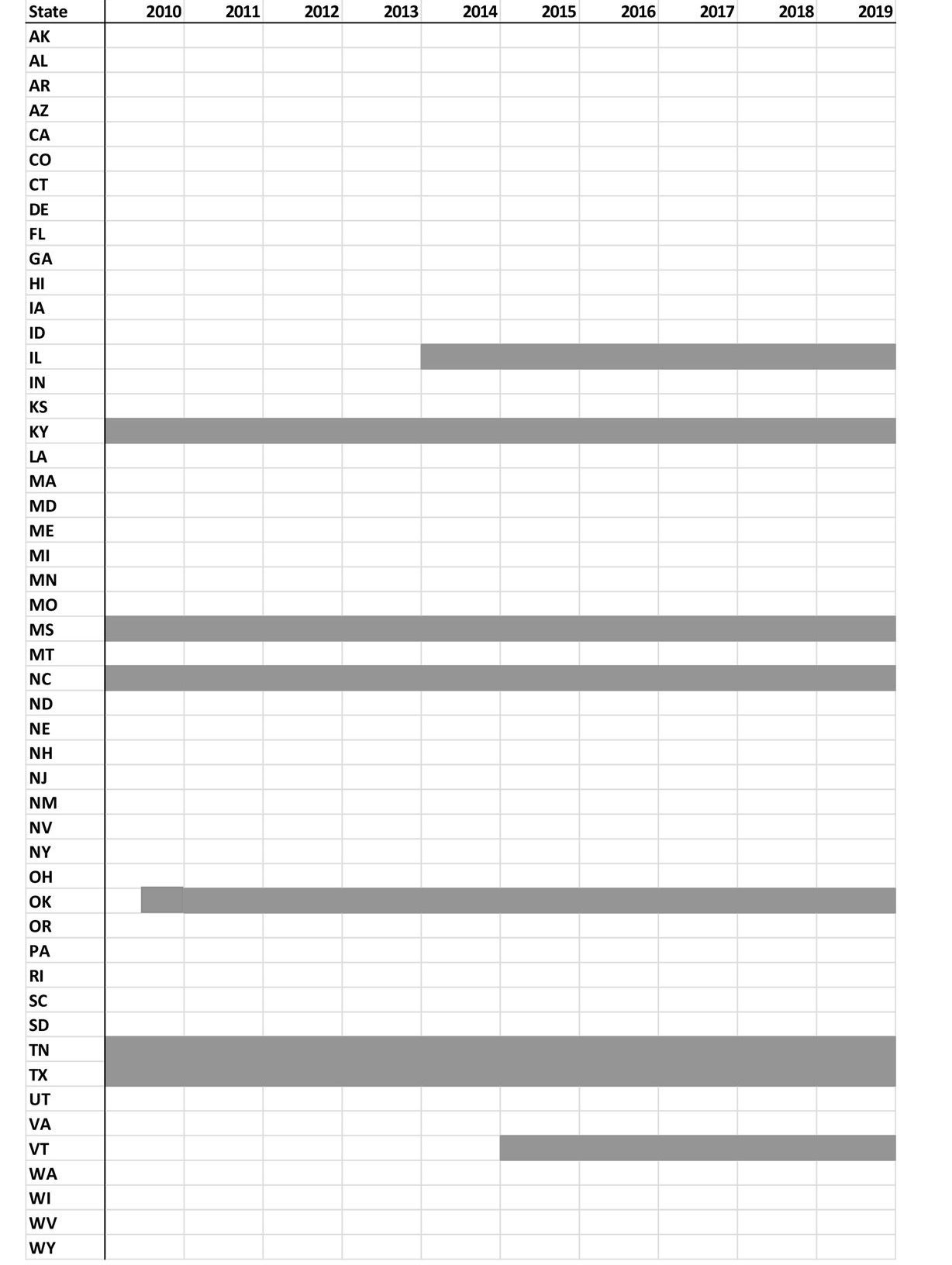