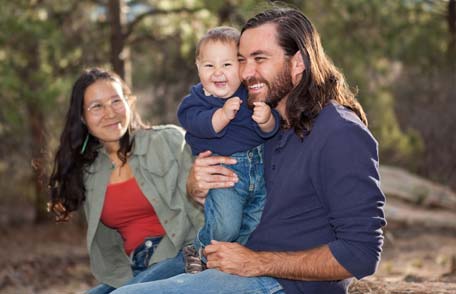 Learn more about Native American Heritage Month and the health of this population.

The first American Indian Day was celebrated in May 1916 in New York. Red Fox James, a Blackfeet Indian, rode horseback from state to state, getting endorsements from 24 state governments, to have a day to honor American Indians. In 1990, President George H.W. Bush signed a joint congressional resolution designating November 1990 as “National American Indian Heritage Month.”external icon American Indians and Alaska Natives (AI/AN) from hundreds of tribes have shaped our national life. During Native American Heritage Month, we honor their vibrant cultures. Learn more about some of the health issues that affect this population and some efforts to address these health issues.

As we celebrate Native American Heritage Month this year, CDC highlights Strategies for Reducing Health Disparities — Selected CDC-Sponsored Interventions, United States, 2014 and 2016 reports, which offer real-world examples of how public health programs can address differences in health outcomes and their causes among groups of people.

Sudden unexpected infant death (SUID) is the death of an infant less than 1 year of age that occurs suddenly and unexpectedly, and whose cause of death is not immediately obvious before investigation. Most SUIDs are reported as one of three types: sudden infant death syndrome (SIDS), unknown cause, or accidental suffocation and strangulation in bed. From 2011-2014 SUID rates for AI/AN infants were more than twice of those for non-Hispanic white infants.

Diabetes is a chronic (long-lasting) disease that affects how the body turns food into energy. AI/AN people have a greater chance of having diabetes than any other US racial group, and are twice as likely as whites to have diabetes.

Motor vehicle crashes are a leading cause of unintentional injury death for AI/AN. Among infants less than one year of age, the motor vehicle traffic death rate among AI/AN is 8 times as high as that of non-Hispanic whites.