Group B Streptococcus (group B strep, GBS) emerged in the 1970s as the most common cause of sepsis in newborns. Early-onset disease (occurs in babies younger than 1 week old) declined by 80% since increased use of intrapartum prophylaxis. However, in the United States, these bacteria remain a leading cause of meningitis and bloodstream infections in a newborn’s first three months of life.

More recently, experts recognized the increasing impact invasive GBS disease has on adults. Invasive disease is when bacteria invade a site where there usually are no bacteria, like the blood.

GBS disease is not reportable in most states. 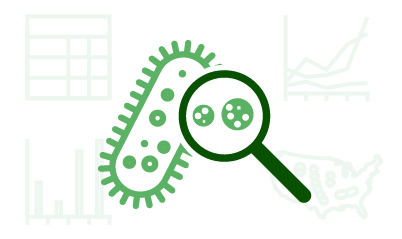 Cases for this active surveillance system have to meet the following case definition: