The test is simple and does not hurt. Doctors and midwives use a sterile swab (“Q-tip”) to collect a sample from the vagina and the rectum. They send the sample to a laboratory for testing.

Women who test positive for GBS bacteria are not sick. However, they are at increased risk for passing the bacteria to their babies during birth.

GBS bacteria come and go naturally in people’s bodies. A woman may test positive for the bacteria at some times and not others. That is why women get tested late in their pregnancy, close to the time of delivery.

Doctors and midwives give antibiotics to women who are at increased risk of having a baby who will develop GBS disease. The antibiotics help protect babies from infection, but only if given during labor. Antibiotics cannot be given before labor begins because the bacteria can grow back quickly.

Doctors and midwives give the antibiotic by IV (through the vein). They most commonly prescribe a type of antibiotic called beta-lactams, which includes penicillin and ampicillin. However, they can also give other antibiotics to women who are severely allergic to these antibiotics. Antibiotics are very safe. For example, about 1 in 10 women have mild side effects from receiving penicillin. There is a rare chance (about 1 in 10,000 women) of having a severe allergic reaction that requires emergency treatment. 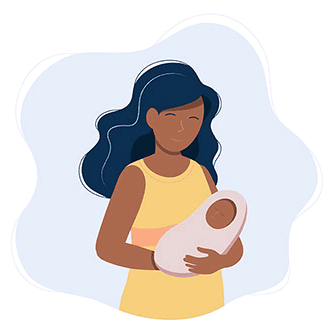 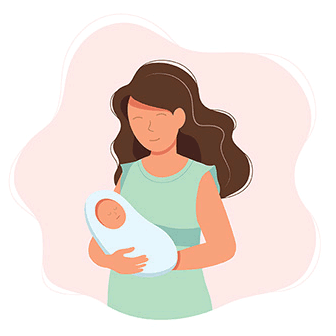 Her baby has a 1 in 200 chance of developing GBS disease.

Because Emma did not get antibiotics during labor, her baby is 20 times more likely to get GBS disease compared to Tanya’s baby.

Most babies born to women who tested positive for GBS bacteria do not need treatment if their mother received antibiotics during labor.

Strategies proven not to work

The following strategies are not effective at preventing GBS disease in babies: