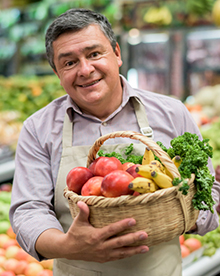 What are the main findings?

Foodborne diseases are an important public health burden in the United States.

First, we estimate that 31 of the most important known agents of foodborne disease found in foods consumed in the United States each year cause 9.4 million illnesses, 55,961 hospitalizations, and 1,351 deaths.

As a group, we estimate that these unspecified agents in food consumed in the United States, cause an additional 38.4 million gastroenteritis illnesses, 71,878 hospitalizations, and 1,686 deaths each year.

After combining the estimates for the major known pathogens and the unspecified agents, the overall annual estimate of the total burden of disease due to contaminated food consumed in the United States is 47.8 million illnesses, 127,839 hospitalizations, and 3,037 deaths.

What are the leading causes of foodborne deaths, hospitalizations, and illnesses?

The paper on unspecified agents says that 38.4 million gastrointestinal illnesses are due to agents not yet described, unrecognized foodborne agents, and noninfectious agents. How does CDC know that these unspecified agents are foodborne? Can’t acute gastroenteritis be caused by conditions or vehicles other than foodborne transmission?

It is important to note, however, that using this method assumes that the foodborne proportion is the same for illnesses from known agents and from unspecified agents. We believe that this is a reasonable assumption, given the limited information available, but it is certainly possible that the foodborne proportion differs for known and unspecified agents.

Questions About the Methods

How can I get more information about the methods used to create the estimates?

For each pathogen, we gathered data from surveillance systems and corrected for underreporting and under-diagnosis. We then multiplied the adjusted number by the proportion of illnesses that was acquired in the United States (that is, not during international travel) and the proportion transmitted by food to yield an estimated number of illnesses that are domestically acquired and foodborne. Then, we added the estimates for each of the pathogens to arrive at a total, and used an uncertainty model to generate a point estimate and 90% credible interval (upper and lower limits).

To estimate foodborne illnesses from unspecified agents, we used symptom-based data from surveys to estimate the total number of AGI and then subtracted the number of illnesses accounted for by known gastroenteritis pathogens. We then multiplied this number by the proportion of domestically acquired illnesses and of illnesses attributable to food, just as we did for the known agents. Finally, again as with the known-pathogens estimate, we used an uncertainty model to generate a point estimate and 90% credible interval (upper and lower limits).

Learn more about the methods used >

The 1999 Mead et al. estimates were based on the best data available and used accepted methodologies of the time, so in 1999 they were the best possible estimates. Those estimates provided important information about the relative frequency of various pathogens and filled a major gap in knowledge that helped in decision making. Public health science is not static. Every year new findings emerge, new methods are developed for research and analysis, new data are added to surveillance systems, and new surveys are conducted. The 2011 estimates are the result of innovations in methodology and improvements in the data made over the past decade, which we believe have resulted in more accurate estimates than their predecessors. We hope future estimates will benefit from additional innovations and improvements.

Learn more about improvements made in the 2011 estimates >

Why is it important to estimate domestically acquired foodborne illnesses?

Because many persons and organizations are involved in food safety in the United States—farmers, product manufacturers, distributors, retailers, restaurant workers, and consumers. We all want the most accurate measure of how well we’re doing in making food safe. Every time someone gets sick from eating food in the United States, we know we have more work to do. Whether we are involved in developing new or improved practices or policies in industry, or in encouraging best consumer practices, specific estimates about domestically acquired foodborne illnesses tell us that improvements are still needed.

Estimates of burden are designed to estimate the overall burden of disease at a point in time. They are not designed or intended to gauge increases or decreases in illnesses. Surveillance systems, such as Foodborne Diseases Active Surveillance Network (FoodNet), which capture data in a standardized way at regular points in time, are more appropriate for looking at disease trends.

If the new estimates do not really reflect a drop in the number of foodborne illnesses, how can you tell whether or not the government’s policies and programs for preventing these illnesses are working or if changes are needed?

To determine the effects of policies and programs, you need trend data—a way to tell how the incidence of disease has changed over time. The Foodborne Diseases Active Surveillance Network (FoodNet)—provides the best data for watching trends in common foodborne diseases. These data offer insight into whether policies and programs are having the intended effects.

How does our burden of foodborne illness compare with those of other countries?

Studies estimating the burden of foodborne illness have been done in Canada, England and Wales, and Australia.

However, it is important to note that each study used different methods, and therefore their specific estimates are not directly comparable.

If norovirus is the biggest cause of gastroenteritis illness, why isn’t it reportable?

Norovirus is a leading cause of disease from contaminated foods in the United States. Foods that are most commonly involved in foodborne norovirus outbreaks include leafy greens (such as lettuce), fresh fruits, and shellfish (such as oysters). However, any food item that is served raw or handled after being cooked can become contaminated with noroviruses.

CDC conducts surveillance for norovirus outbreaks through the National Outbreak Reporting System (NORS). Through NORS, states are able to report all outbreaks of gastroenteritis, including those caused by foodborne, waterborne, and person-to-person transmission of norovirus directly to CDC. When states send specimens for testing or sequencing, norovirus outbreaks may also be reported to CDC’s National Calicivirus Laboratory, within the Gastroenteritis and Respiratory Viruses Laboratory Branch. (Calicivirus is the family name for the family of viruses that includes norovirus.)

In addition, CDC recently has developed a national surveillance network for norovirus genetic sequences (like DNA “fingerprints”) called CaliciNet, which is modeled after PulseNet, a surveillance network for enteric bacteria. CaliciNet is a national network of public health laboratories that contribute to a database of genetic fingerprints from noroviruses identified in outbreaks. As more states participate, CaliciNet may find links to help identify multistate outbreaks, detect potential norovirus-contaminated food before preparation and serving, and identify the emergence of new norovirus strains.

Other countries have done surveillance for norovirus illnesses; what are the barriers to doing so for the US population?

The UK, the Netherlands, and Australia conducted large community-based studies to estimate the fraction of acute gastroenteritis attributable to norovirus and other pathogens. These studies are very expensive to implement, costing millions of dollars. It would be costly and complex, but could be done here if we devoted the time and money to do it. It is a matter of priorities. In the United States, public health authorities think it is more efficient to focus on improving surveillance, including norovirus in outbreak reporting. However, CDC is engaged in numerous efforts to better assess the burden of norovirus using a variety of methods. When the burden of foodborne disease is estimated again, we will likely use norovirus data from these special studies, outbreaks, or other surveillance gathered here in the United States.

Norovirus can be transmitted through contact with contaminated objects in the environment, so why is it being included in the estimate of foodborne illness?

Although norovirus is, indeed, easily transmitted by touching contaminated objects in the environment as well as by direct person-to-person contact with an infected person, it is also transmitted commonly through food.

What is the government doing to lower the burden of norovirus-related illnesses?

Food handlers are often implicated in outbreaks of norovirus illnesses.

There is also ongoing research towards development of a norovirus vaccine. Preliminary evidence shows that this may indeed be an effective strategy, although a great deal of work remains before a vaccine could be available.

The paper on known agents says that more accurate assessment of the foodborne norovirus illness rate is largely responsible for the big drop in the overall number of foodborne illnesses. Can you explain that in plain language?

Questions About the Implications and/or Applications of Findings 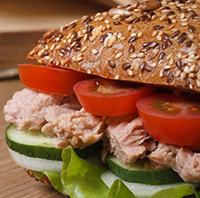 Commentary: How Safe Is Our Food?

The paper says that the estimates help direct food policy. Specifically, what decisions are made based on the burden estimates?

The new estimates identify and rank the most important known pathogens responsible for causing foodborne illness, hospitalizations, and deaths. They provide a foundation for priority setting for interventions, policy development, research and analyses, and advocacy. Regulatory agencies can use these data to conduct risk analyses required in the rulemaking process. Prevention efforts should focus on these pathogens, because these are the pathogens that are causing the biggest problem. Among the 31 known foodborne pathogens:

From a broad public health perspective, what needs to happen to cause a major decrease in the burden of foodborne illness?

Many actions need to occur for major decreases to be seen:

This paper gives us more accurate data on the pathogens causing foodborne illness in the United States. Next, we need to better understand what foods are causing these illnesses and where foods are being contaminated. CDC publishes data on the attribution of outbreak-associated illnesses to food commodities in the MMWR. We are currently enhancing this approach by using outbreak data to attribute the burden of illnesses caused by known agents and to food commodities using the new foodborne illness estimates.

Do you know if anyone is working on an estimate of the economic burden of foodborne illness using the figures in the new paper?

Yes, scientists have used the 2011 figures to update estimates of the cost and quality-adjusted and disability-adjusted life years of foodborne illness, including:

The burden of foodborne illness will likely be estimated again in about 10 years. New innovations and discoveries are occurring all the time in public health, so it is reasonable to think that methodologies and data sources will have changed by the time we do the next estimates. It is difficult to anticipate how those changes might affect the estimates, but if surveillance systems are maintained or expanded we expect that the accuracy will increase with each new improvement in data or methodology.

Where can I find more information about the seven pathogens that cause 90% of illnesses, hospitalizations, and deaths due to known pathogens?

CDC has information on these pathogens on its website.