Guidance is available for poultry producers, hunters, health care providers and the public. 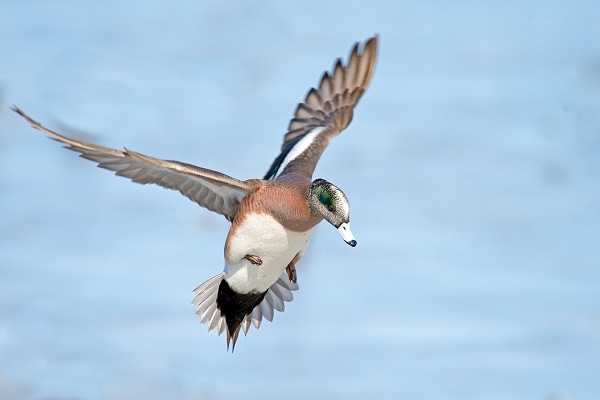 January 27, 2022—The U.S. Department of Agriculture’s (USDA) Animal and Plant Health Inspective Service (APHIS) recently announced the first detections of Asian highly pathogenic avian influenza (HPAI) H5 viruses in wild birds in the United States since 2016external icon. Wild birds can carry HPAI A(H5N1) bird flu without showing symptoms, but these viruses can cause illness and death in domestic poultry. Human infections with HPAI A(H5N1) bird flu are rare but can occur, usually after close contact with infected birds. CDC considers the health risk to the general public from these recent Asian HPAI A(H5N1) wild bird flu infections to be low at this time. On the animal health side, the U.S. Department of Interior and USDA are the lead federal departments for outbreak investigation and control in wild birds, and USDA APHIS is the lead agency for such activities in domestic birds.

Infected birds shed avian influenza virus in their saliva, mucous and feces. Human infections with bird flu viruses can happen when enough virus gets into a person’s eyes, nose or mouth, or is inhaled. People with close or prolonged unprotected contact with infected birds or contaminated environments may be at greater risk of infection. Illnesses in humans from avian influenza virus infections have ranged in severity from mild to severe. The spread of avian influenza A viruses from one sick person to another is very rare, and when it has happened, it has not led to sustained spread among people.

While CDC considers the current risk to the general public from these HPAI A(H5N1) detections in wild birds to be low, it is important to remember that risk depends on exposure, and people with more exposure may have a greater risk of infection. Guidance varies based on potential exposure. There is existing federal guidance around bird flu exposures for different groups of people, including hunters pdf icon[532 KB, 2 Pages]external icon, poultry producersexternal icon and the general public, as well as health care providers.

As a reminder, it is safe to eat properly handled and cooked poultry in the United States. The proper handling and cooking of poultry and eggs to an internal temperature of 165˚F kills bacteria and viruses, including HPAI viruses.

CDC will provide updates on this situation as needed.