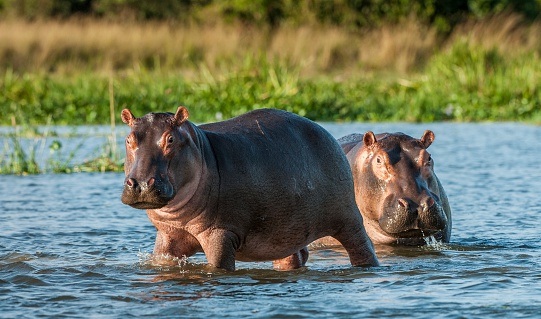 But in this case it was hungry people who were eating hippos. A chain of events was started in late summer 2011 during the dry season in Zambia. Hippos, hunting for food by rooting in the soil, became infected with anthrax. People living near the sites of hippo deaths started to see the carcasses as a convenient and free source of food. The resulting outbreak of anthrax among people who had either eaten the meat of— or butchered— infected hippopotamuses became a serious and deadly twist on the title of a popular children’s game.

When the Zambia Ministry of Health contacted CDC in mid-September, the anthrax outbreak had already sickened 500 people and caused 5 deaths. Mark Lehman, an Epidemic Intelligence Service officer, was sent to Chama in eastern Zambia to investigate the problem and make recommendations. Dr. Lehman first needed to determine how people were contracting the anthrax, most of which was the less lethal cutaneous (skin) form of the infection. Dr. Lehman and the team trained local community health workers to conduct surveys, which showed that the primary way people were getting infected was by carrying the hippo meat home from the butcher site. The survey also confirmed the reason they were eating hippo meat— food insecurity, or in other words, having nothing else to eat. 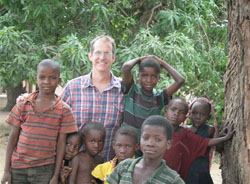 Armed with survey results, Dr. Lehman next assisted in resolving the outbreak, touring areas that had been affected as well as those still believed to be unaffected. He scoured game parks and lagoons in 100-plus degree temperatures and was gratified to discover many untouched hippo carcasses— an indication that people were probably understanding the risks of handling or eating the infected meat.

Mark Lehman’s recommendations to the Ministry of Health included an offer of laboratory support and outbreak management strategies. He also encouraged Zambian officials to address the connection between the outbreak and environmental and food insecurity issues. Above all else, Dr. Lehman encouraged health officials to follow the World Health Organization (WHO) guidelines about anthrax outbreaks. Although they had copies of the WHO guidelines, they still looked to Mark Lehman for advice; as he later reflected, “I really just continued to tell them to follow WHO guidelines, but sometimes just being there in person makes a difference.”