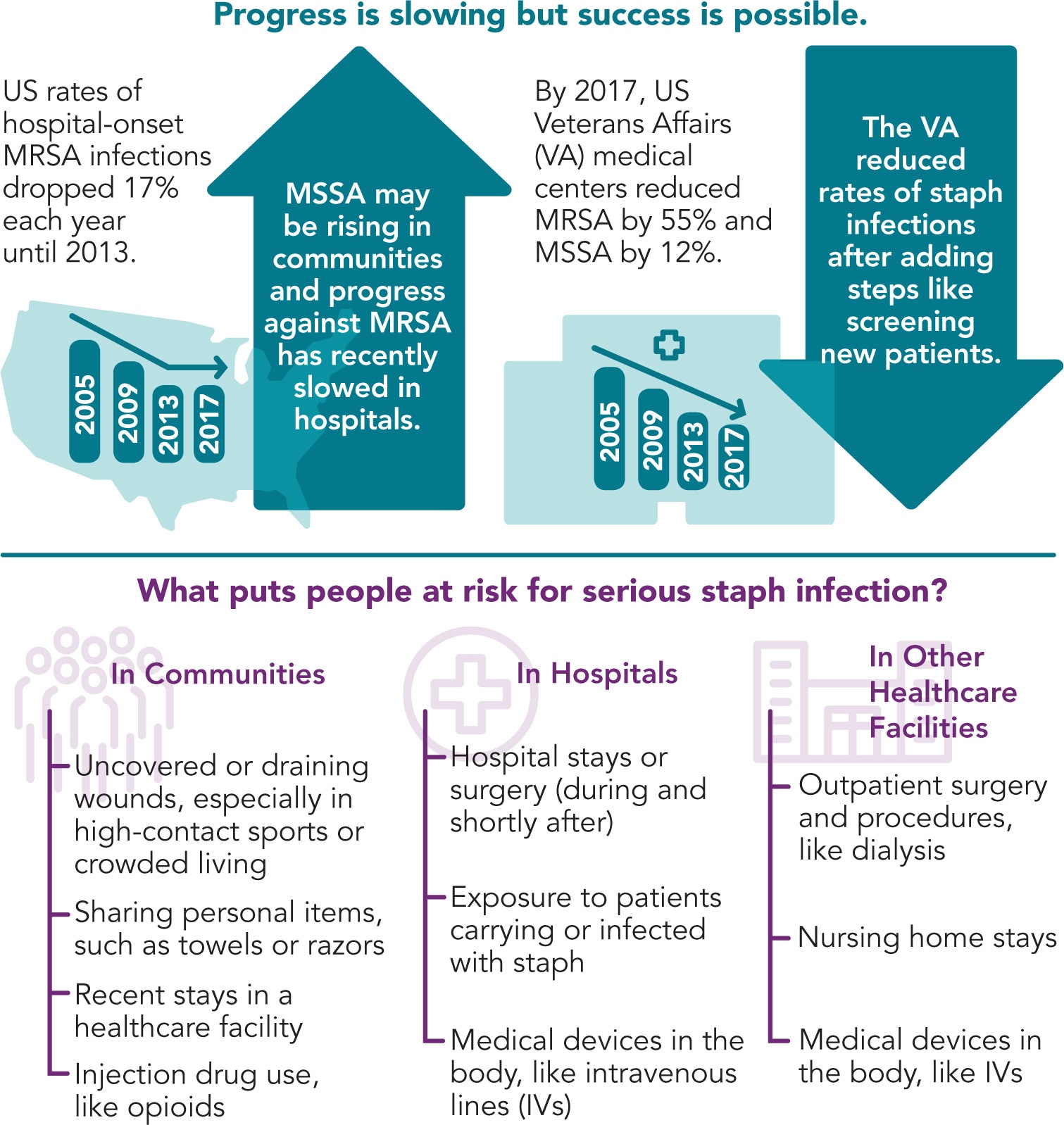 Take action against all staph.
Progress is slowing but success is possible.

US rates of hospital-onset MRSA infections dropped 17% each year until 2013.

MSSA may be rising in communities and progress against MRSA has recently slowed in hospitals.

What puts people at risk for serious staph infection?

In Other Healthcare Facilities