Through 2050, the number of people with VI are projected to continue to increase and remain higher among non-Hispanic white individuals compared with other racial/ethnic groups for both men and women. In 2050, the second highest number of VI cases is projected to shift from African American to Hispanic adults.

Figure 1. Estimated Numbers of Persons With Visual Impairment in the United States by Race/Ethnicity (All Persons) and Year 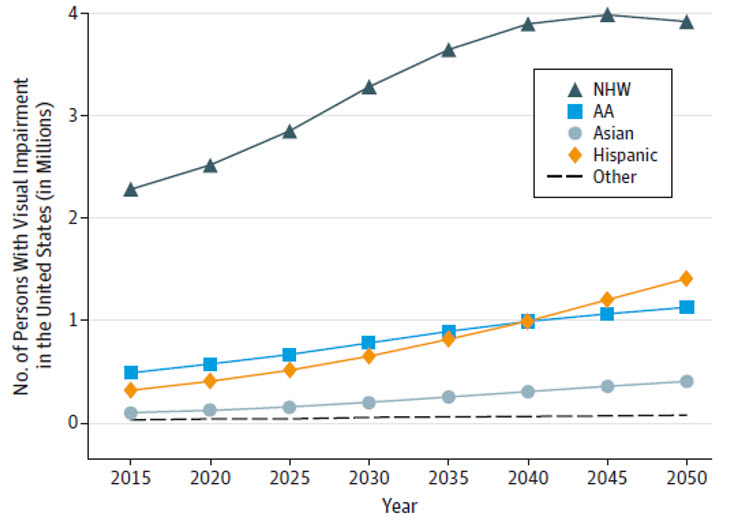 Source: Wittenborn, John S. & Rein, David B. The Future of Vision: Forecasting the Prevalence and Cost of Vision Problems. NORC at the University of Chicago. Prepared for Prevent Blindness, Chicago, IL. June 11, 2014.