Click here to see the anatomy the eye and how the eyes work.external icon 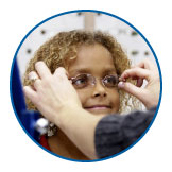 Refractive errors are the most frequent eye problems in the United States. Refractive errors include myopia (near-sightedness), hyperopia (farsightedness), astigmatism (distorted vision at all distances), and presbyopia that occurs between age 40–50 years (loss of the ability to focus up close, inability to read letters of the phone book, need to hold newspaper farther away to see clearly) can be corrected by eyeglasses, contact lenses, or in some cases surgery. The National Eye Institute states that proper refractive correction could improve vision among 150 million Americans. 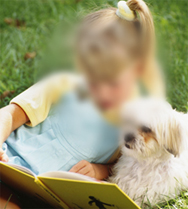 Macular degeneration, often called age-related macular degeneration (AMD), is an eye disorder associated with aging and results in damaging sharp and central vision. Central vision is needed for seeing objects clearly and for common daily tasks such as reading and driving. AMD affects the macula, the central part the retina that allows the eye to see fine details. There are two forms of AMD—wet and dry.

Wet AMD is when abnormal blood vessel behind the retina start to grow under the macula, ultimately leading to blood and fluid leakage. Bleeding, leaking, and scarring from these blood vessels cause damage and lead to rapid central vision loss. An early symptom of wet AMD is that straight lines appear wavy.

Dry AMD is when the macula thins overtime as part of aging process, gradually blurring central vision. The dry form is more common and accounts for 70–90% of cases of AMD and it progresses more slowly than the wet form. Over time, as less of the macula functions, central vision is gradually lost in the affected eye. Dry AMD generally affects both eyes. One of the most common early signs of dry AMD is drusen.

Drusen are tiny yellow or white deposits under the retina. They often are found in people aged 60 years and older. The presence of small drusen is normal and does not cause vision loss. However, the presence of large and more numerous drusen raises the risk of developing advanced dry AMD or wet AMD.

It is estimated that 1.8 million Americans aged 40 years and older are affected by AMD and an additional 7.3 million with large drusen are at substantial risk of developing AMD. The number of people with AMD is estimated to reach 2.95 million in 2020. AMD is the leading cause of permanent impairment of reading and fine or close-up vision among people aged 65 years and older. 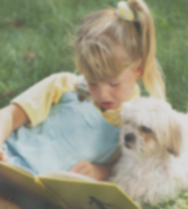 Cataract is a clouding of the eye’s lens and is the leading cause of blindness worldwide, and the leading cause of vision loss in the United States. Cataracts can occur at any age because of a variety of causes, and can be present at birth. Although treatment for the removal of cataract is widely available, access barriers such as insurance coverage, treatment costs, patient choice, or lack of awareness prevent many people from receiving the proper treatment.

An estimated 20.5 million (17.2%) Americans aged 40 years and older have cataract in one or both eyes, and 6.1 million (5.1%) have had their lens removed operatively. The total number of people who have cataracts is estimated to increase to 30.1 million by 2020. 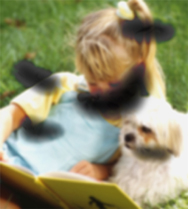 The risks of DR are reduced through disease management that includes good control of blood sugar, blood pressure, and lipid abnormalities. Early diagnosis of DR and timely treatment reduce the risk of vision loss; however, as many as 50% of patients are not getting their eyes examined or are diagnosed too late for treatment to be effective.

It is the leading cause of blindness among U.S. working-aged adults aged 20–74 years. An estimated 4.1 million and 899,000 Americans are affected by retinopathy and vision-threatening retinopathy, respectively. 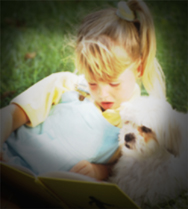 Glaucoma is a group of diseases that can damage the eye’s optic nerve and result in vision loss and blindness. Glaucoma occurs when the normal fluid pressure inside the eyes slowly rises. However, recent findings now show that glaucoma can occur with normal eye pressure. With early treatment, you can often protect your eyes against serious vision loss.

There are two major categories “open angle” and “closed angle” glaucoma. Open angle, is a chronic condition that progress slowly over long period of time without the person noticing vision loss until the disease is very advanced, that is why it is called “sneak thief of sight.” Angle closure can appear suddenly and is painful. Visual loss can progress quickly; however, the pain and discomfort lead patients to seek medical attention before permanent damage occurs.

Amblyopia, also referred to as “lazy eye,” is the most common cause of vision impairment in children. Amblyopia is the medical term used when the vision in one of the eyes is reduced because the eye and the brain are not working together properly. The eye itself looks normal, but it is not being used normally because the brain is favoring the other eye. Conditions leading to amblyopia include strabismus, an imbalance in the positioning of the two eyes; more nearsighted, farsighted, or astigmatic in one eye than the other eye, and rarely other eye conditions such as cataract.

Unless it is successfully treated in early childhood amblyopia usually persists into adulthood, and is the most common cause of permanent one-eye vision impairment among children and young and middle-aged adults. An estimated 2%–3% of the population suffer from amblyopia.

Strabismus involves an imbalance in the positioning of the two eyes. Strabismus can cause the eyes to cross in (esotropia) or turn out (exotropia). Strabismus is caused by a lack of coordination between the eyes. As a result, the eyes look in different directions and do not focus simultaneously on a single point. In most cases of strabismus in children, the cause is unknown. In more than half of these cases, the problem is present at or shortly after birth (congenital strabismus). When the two eyes fail to focus on the same image, there is reduced or absent depth perception and the brain may learn to ignore the input from one eye, causing permanent vision loss in that eye (one type of amblyopia).