Vaccines During and After Pregnancy

A pregnant woman should get vaccinated against whooping cough and flu during each pregnancy to protect herself and her baby, with immunity for the first few months of life.

Protect mom and baby with vaccines

Did you know a baby gets disease immunity (protection) from mom during pregnancy? This immunity can protect baby from some diseases during the first few months of life, but immunity decreases over time. 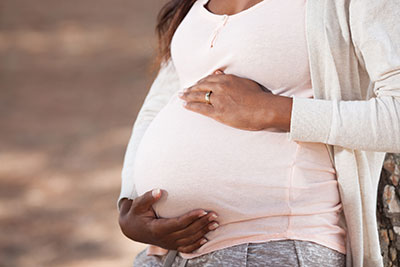 Moms, get a whooping cough vaccine (also called Tdap) and a flu shot during each pregnancy. Use our Adult Vaccine Self-Assessment Tool  to get a customized printout of recommended vaccines to take to the next medical appointment.

Whooping cough, known as pertussis, can be serious for anyone, but for a newborn, it can be life-threatening.

Pregnant women are more likely to have severe illness from flu, possibly due to changes in immune, heart, and lung functions during pregnancy.

Get a flu shot during pregnancy during flu season—it’s the best way for a pregnant woman to protect against the flu and protect the baby for several months after birth from flu-related complications. Get a flu shot anytime during each pregnancy.

CDC recommends getting a flu vaccine by the end of October despite flu seasons varying in their timing from season to season. This timing helps protect a pregnant woman before flu activity begins to increase.

Some women may need other vaccines before, during, or after they become pregnant. For example, if a pregnant woman works in a lab or is traveling to a country where she may be exposed to meningococcal disease, her doctor or healthcare professional may recommend meningococcal vaccination.

Healthcare professionals may recommend some women receive certain vaccines right after giving birth. Postpartum vaccination will help protect moms from getting sick, and they will pass some antibodies to the baby through breastmilk if they are able to breastfeed. Vaccination after pregnancy is especially important if moms did not receive certain vaccines before or during pregnancy.

However, moms will not get protective antibodies immediately if they wait to get vaccinated until after birth. This is because it takes about 2 weeks after getting vaccinated before the body develops antibodies.

The baby will also start to get his or her own vaccines to protect against serious childhood diseases.