Common Injuries as We Age

Still Going Strong focuses on preventing injuries among older adults, because it is a large and growing public health problem facing our nation. Over 10,000 people in the United States turn 65 every day.1 The number of injuries will increase as the population of older adults grows. Healthcare costs associated with these injuries will also increase.

Unintentional injuries have traditionally been the 7th leading cause of death among adults age 65 and over. Falls and motor vehicle crashes result in the majority of TBI-related hospitalizations and deaths among older adults.2,3 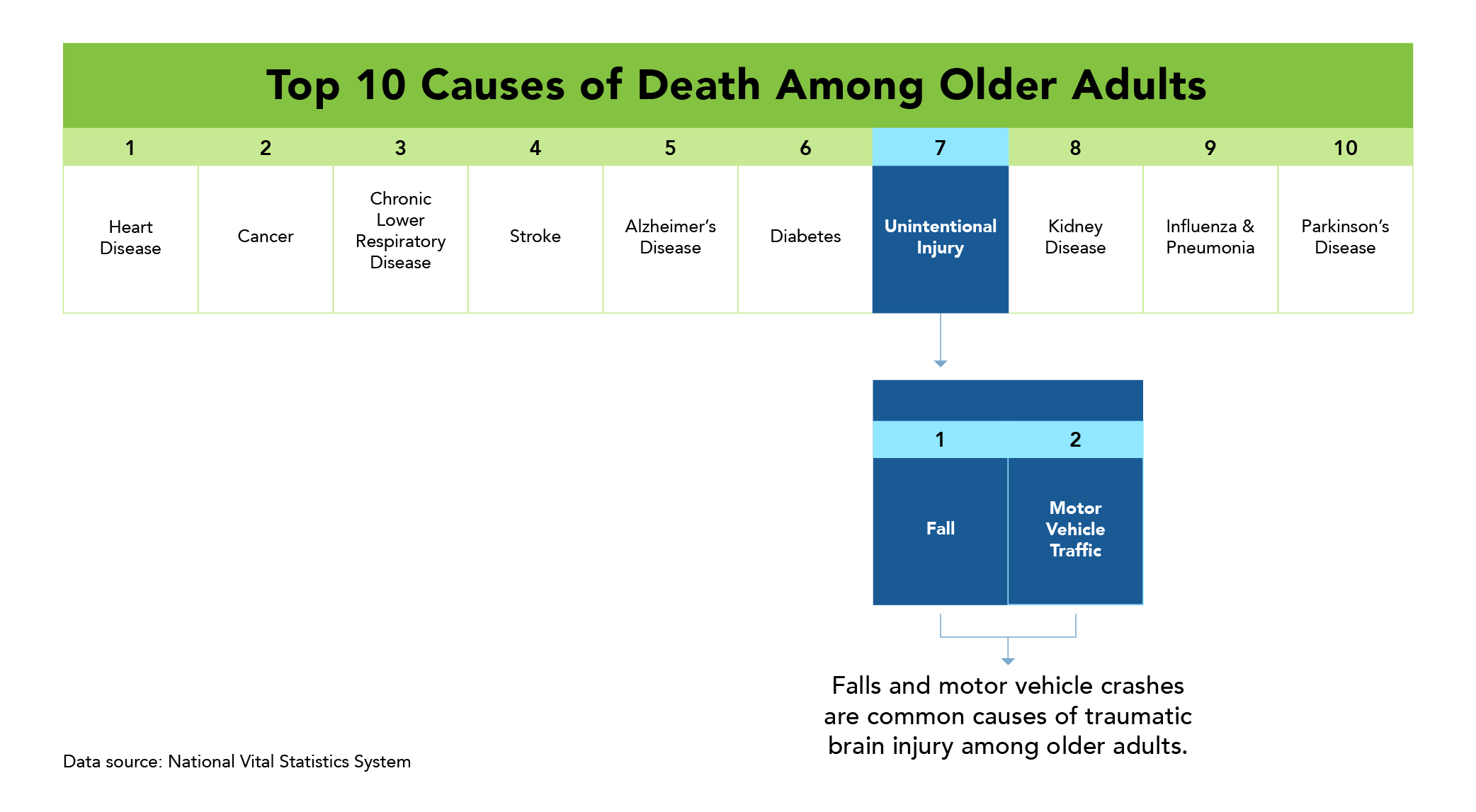 Each year, 36 million falls occur among older adults age 65 and older.4 One out of five falls cause serious injury such as broken bones or a head injury. Over 950,000 older adults are hospitalized because of a fall injury  every year,5 most often due to a head injury or hip fracture. More than 95% of hip fractures are caused by falling,6 and falls are the most common cause of TBI related deaths and hospital admissions.3 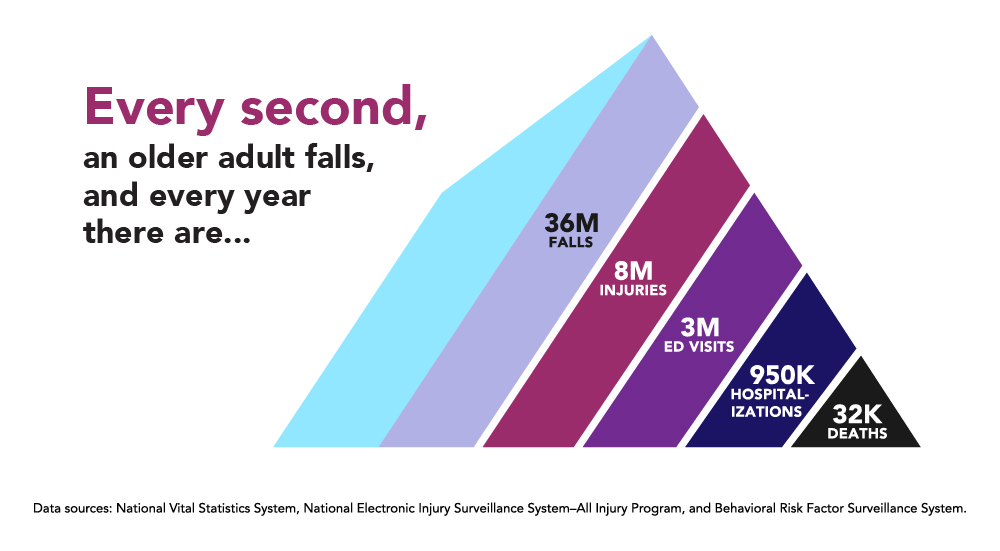 Fall death rates are on the rise and have increased 30% in the last 10 years. 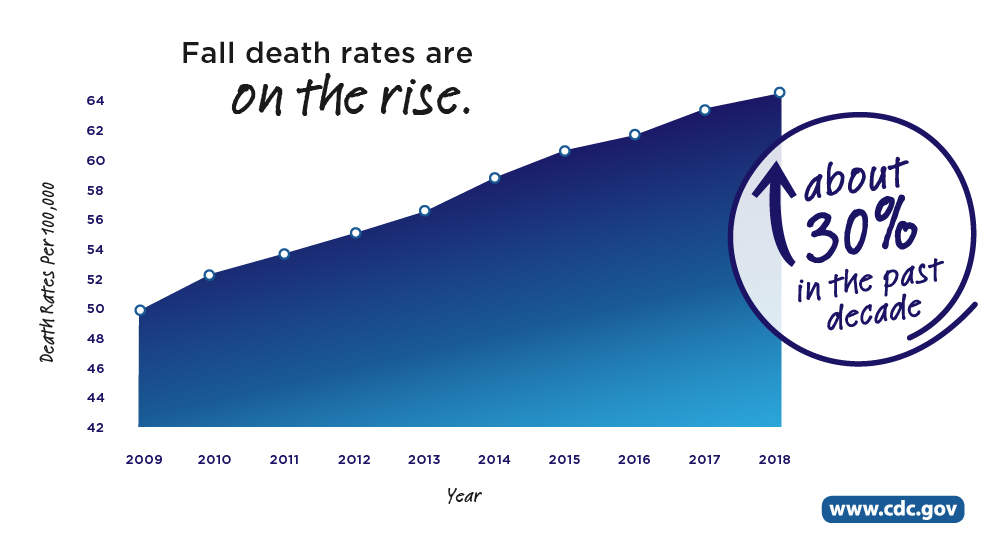 There were more than 46 million licensed older drivers, age 65 and older, in the U.S in 2019.7 That is 1 out of every 5 drivers. This is an increase of 60% since 2000.7 Driving helps older adults stay mobile and independent, but the risk of being injured or killed in a traffic crash increases as we age. 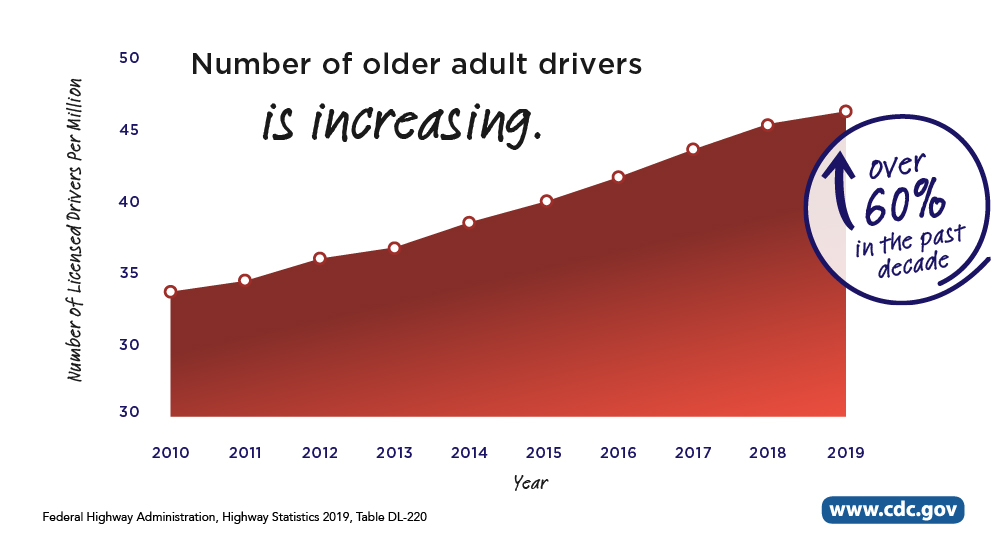 Our vision and ability to reason and remember declines as we age, and physical changes might affect our driving. Certain medical problems increase the risk of car crashes. These include heart disease, dementia, sleep disorders, and limited hearing and vision. Medicines used for sleep, mood, pain, and allergies might affect driving safety. This includes both prescription and over-the-counter medicines.

Over 8,000 older adults died in traffic crashes and nearly 252,000 were treated in emergency departments for crash injuries in 2019.5 This means that each day, 22 older adults are killed and almost 700 are injured in crashes.5 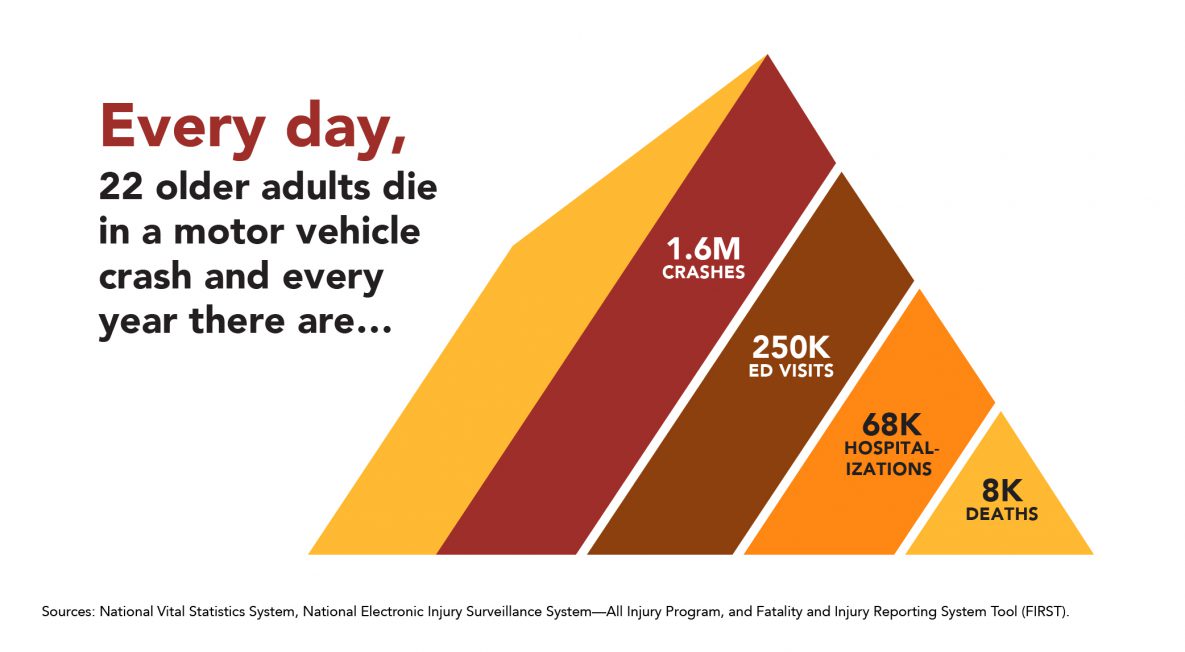 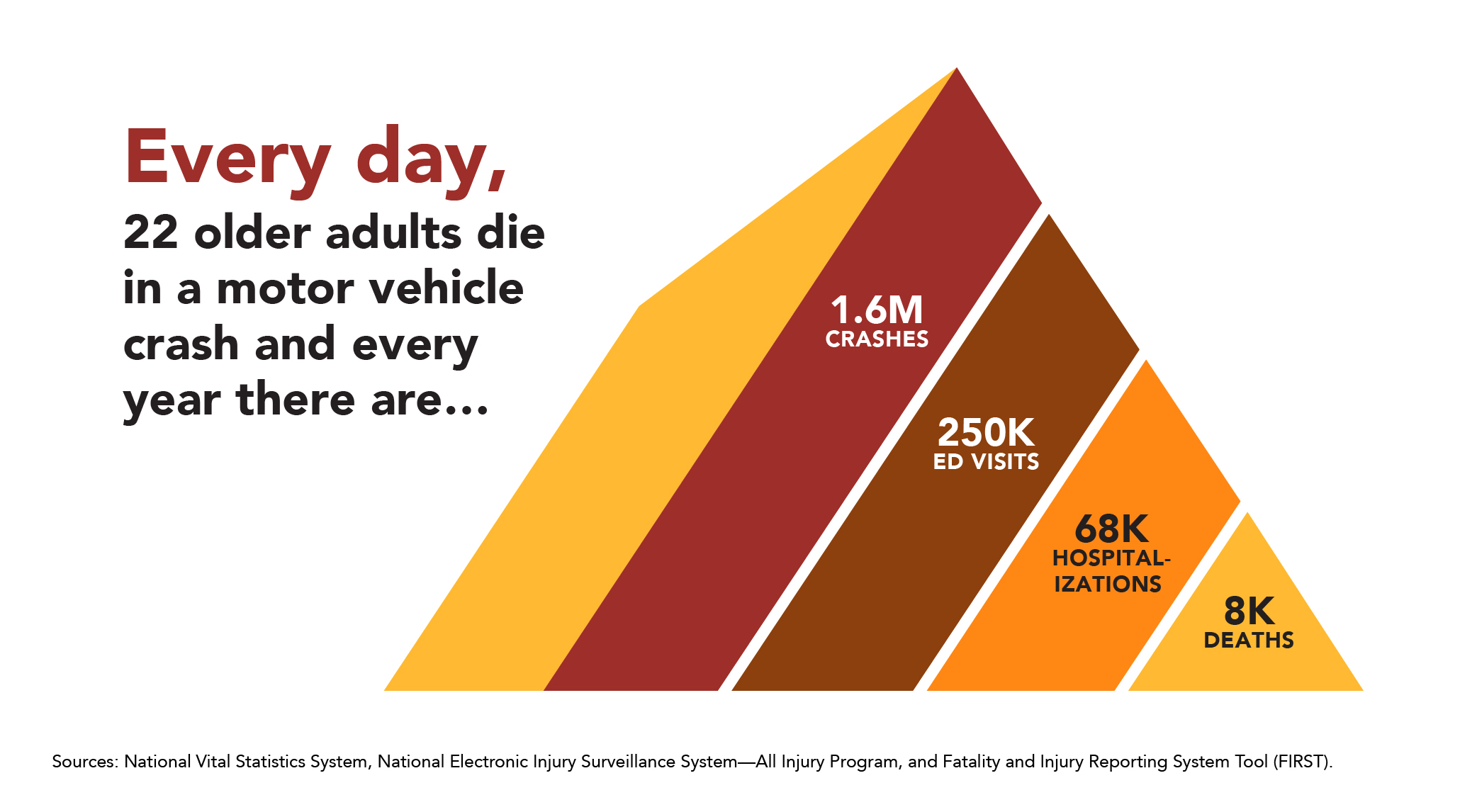 A traumatic brain injury, or TBI, is an injury that affects how the brain works. It may be caused by a:

Not all blows or jolts to the head result in a TBI. The severity of a TBI may range from mild, moderate, to severe. Most TBIs that occur in older adults are mild and are commonly called concussions.

TBIs have also increased 30% in the last 10 years. 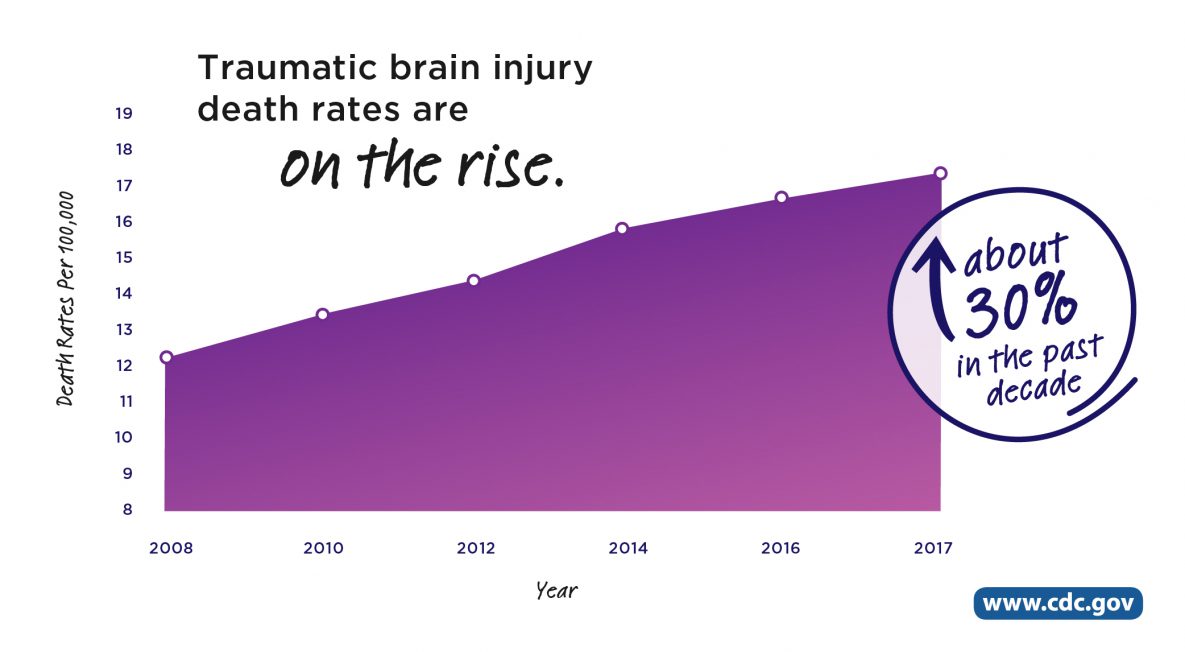 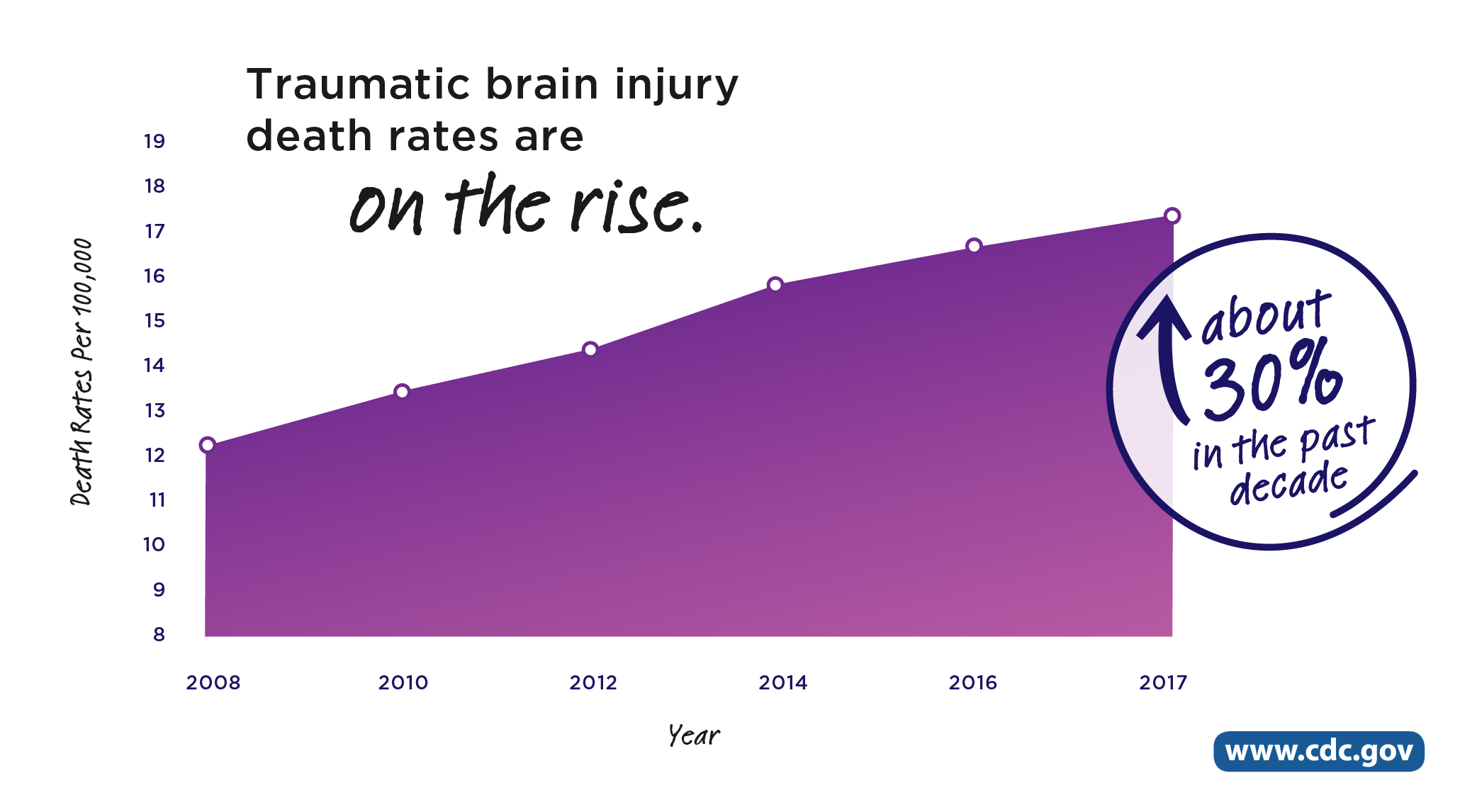 Older adults who get a TBI may face health problems that last a few days or the rest of their lives, depending on the severity of the injury.

Effects of TBI can include short- or long-term problems with:

TBI is a special health concern for older adults. They have the highest rates of TBI-related hospitalizations and death.3 Older adults can also take longer to recover from a TBI.3