This outbreak appears to be over. However, sprouts are known to cause foodborne illness and outbreaks. More information about steps to reduce your risk of getting sick from eating sprouts is available on the Advice to Consumers page.

CDC collaborated with public health officials in multiple states and the U.S. Food and Drug AdministrationExternal (FDA) to investigate a multistate outbreak of Salmonella infections.

A total of 26 people infected with the outbreak strains of Salmonella Muenchen (25 people) or Salmonella Kentucky (1 person) were reported from 12 states. A list of states and the number of cases in each can be found on the Case Count Map page.

Among people for whom information was available, illnesses started on dates ranging from November 26, 2015 to April 7, 2016. Ill people ranged in age from 12 years to 73, with a median age of 38. Seventy-six percent of ill people were female. Among 26 ill people with available information, 8 (31%) were hospitalized, and no deaths were reported.

Collaborative investigative efforts of state, local, and federal public health and regulatory officials indicated that alfalfa sprouts produced by multiple sprouters from one lot of contaminated seeds were the likely source of this outbreak.

In February 2016, state and local health and regulatory officials in several states performed traceback investigations from multiple restaurants  where ill people ate sprouts. These investigations indicated that Sweetwater Farms of Inman, Kansas supplied alfalfa sprouts to all of these locations.

FDA and Kansas Department of Agriculture conducted an inspection at Sweetwater Farms and collected samples of irrigation water and alfalfa sprouts. Testing of these samples isolated Salmonella Kentucky and Salmonella Cubana. Salmonella Muenchen was not isolated. A review of the CDC PulseNet database identified one recently reported person infected with the same DNA fingerprint of Salmonella Kentucky and this ill person was added to the outbreak case count.

After the actions by Sweetwater Farms were taken, people infected with the outbreak strain of Salmonella Muenchen continued to be reported. Many of these ill people reported eating alfalfa sprouts before they got sick. Traceback investigations indicated that several sprouters other than Sweetwater Farms produced the alfalfa sprouts consumed by these ill people. Additional investigation determined that all of these sprouters, as well as Sweetwater Farms, had used a common lot of alfalfa seeds to produce alfalfa sprouts. FDA tested samples of seeds from this lot and isolated Salmonella Cubana with the same DNA fingerprint of the Salmonella Cubana isolated in irrigation water from Sweetwater Farms. FDA reports that the seed supplier contacted sprouters who received the lot of contaminated seeds and asked that they return them. According to FDA, no sprouts from the contaminated seed lot are expected to be on the market.

This outbreak appears to be over. However, contaminated sprouts are known to cause foodborne illness and outbreaks. More information about steps to reduce your risk of getting sick from eating sprouts is available on the Advice to Consumers page.

CDC is collaborating with public health officials in multiple states and the U.S. Food and Drug AdministrationExternal (FDA) to investigate a multistate outbreak of Salmonella Muenchen infections.

A total of 13 people infected with the outbreak strain of Salmonella Muenchen have been reported from four states. The number of ill people identified in each state is as follows: Kansas (5), Missouri (3), Oklahoma (3), and Pennsylvania (2).

Illnesses started on dates ranging from December 1, 2015 to January 21, 2016. Ill people range in age from 18 years to 73, with a median age of 51. Ninety-two percent of ill people are female. Among 13 ill people with available information, 5 reported being hospitalized, and no deaths have been reported.

This outbreak can be illustrated with a chart showing the number of people who became ill each day. This chart is called an epidemic curve or epi curve. Illnesses that occurred after January 31, 2016 might not yet be reported due to the time it takes between when a person becomes ill and when the illness is reported. This takes an average of 2 to 4 weeks. Please see the Timeline for Reporting Cases of Salmonella Infection for more details.

Collaborative investigative efforts of state, local, and federal public health and regulatory officials indicate that alfalfa sprouts produced by Sweetwater Farms of Inman, Kansas are a likely source of this outbreak.

In interviews, ill people answered questions about foods eaten and other exposures in the week before they became ill. Of the 12 ill people who were interviewed, 10 (83%) reported eating or possibly eating sprouts in the week before illness started. When asked about the type of sprouts eaten, nine (90%) of these ten ill people reported eating alfalfa sprouts. One ill person reported purchasing Sweetwater Farms brand alfalfa sprouts from a grocery store.

Laboratory testing isolated Salmonella from samples of irrigation water and alfalfa sprouts collected during a recent inspection at Sweetwater Farms. Further testing is ongoing to determine the type and DNA fingerprint of Salmonella isolated in these samples.

The information available to date indicates that alfalfa sprouts produced by Sweetwater Farms may be contaminated with Salmonella and are not safe to eat. On February 19, 2016, the Kansas Department of Health and Environment issued a press releaseExternal warning consumers not to eat these products. We recommend that consumers do not eat and restaurants and other retailers do not sell or serve alfalfa sprouts produced by Sweetwater Farms at this time.

This investigation is ongoing, and we will update the public when more information becomes available. CDC and state and local public health partners are continuing laboratory surveillance through PulseNet to identify additional ill people and to interview those people about foods they ate before they got sick. 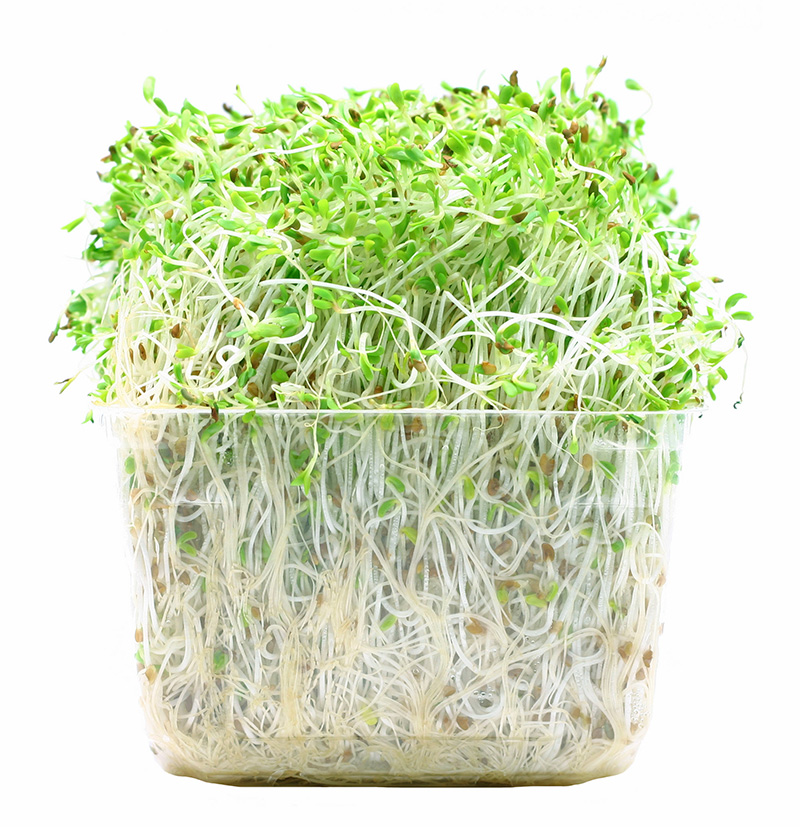 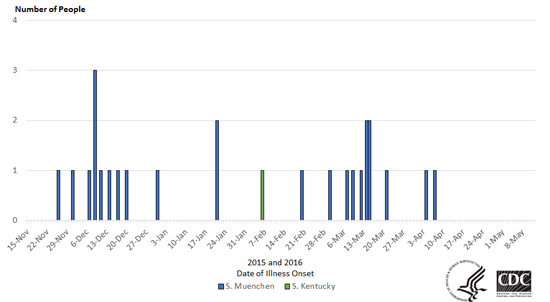 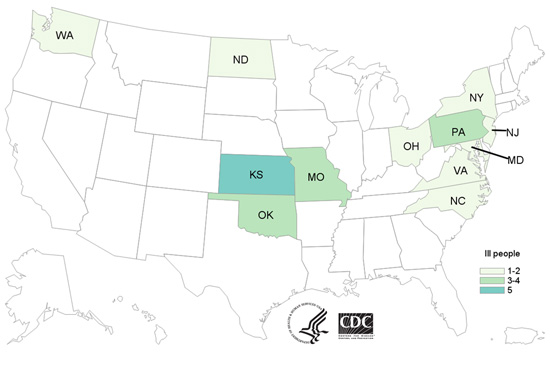