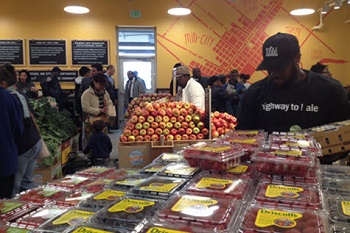 To determine whether this problem still existed, researchers continued their study of supermarkets in post-Katrina New Orleans. Before the storm in 2005, the city had 31 supermarkets. By 2007, New Orleans only had 15 supermarkets, but by 2014 the number had increased to 32. Additionally, access to a supermarket in African-American neighborhoods in 2014 was not significantly different than in other racially mixed neighborhoods. This research by the Tulane Prevention Research Center (PRC)external icon is important because it shows that improvements in supermarket access are occurring, especially for groups that previously could not get a wide variety of foods, including healthy foods. This result is an average across all neighborhoods in the city. A number of neighborhoods, however, including the Lower Ninth Ward, are still lacking an accessible supermarket.

The city of New Orleans Fresh Food Retailer Initiative sought to foster neighborhood development, and two supermarkets funded through this program opened in 2014.

According to Tulane PRC researchers, the recent increase in supermarkets may have been due in part to the city’s Fresh Food Retailer Initiative (FFRI)external icon, a program designed to make fresh foods easier to get in underserved communities.