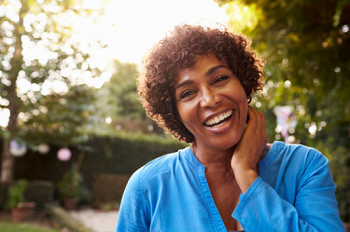 Programs that help people better manage their epilepsy and mental illness are successful in improving depression and may be critical for people with these illnesses living alone.

Epilepsy is one of the most common disorders of the nervous system and affects people of all ages, races, and ethnic backgrounds. It affects about 3 million Americans and is connected with substantial disability, reduced quality of life, stigma, and premature death.

For people suffering with epilepsy and mental illness, will participating in a self-management program improve depression symptoms?

Study participants whose core mood symptoms were addressed showed the most improvement. These symptoms included suicidal thoughts, sadness, and fatigue.

Study
In Cuyahoga County, Ohio, 44 people enrolled in a 16-week self-management program called TIME—Targeted Self-Management for Epilepsy and Mental Illness. A key program feature was participants met directly with peers who are successfully managing their own epilepsy and depression. These “peer educators” were trained by the program to serve as a resource to others. Participants also met with nurse educators.

The TIME program has two parts:

Part 1 includes meeting face-to-face for 60 to 90 minutes with the peer educator and nurse educator in groups of 8 to 10. Topics discussed include:

In Part 2, participants had follow-up calls with a nurse educator who gave support and ongoing self-care. The calls were placed 2 weeks apart.

Bottom-line Impact
TIME’s self-management approach helped reduce depression in people with epilepsy and mental health issues. There was a significant decrease in the severity of depression when compared with a group using the treatment-as-usual approach. Using a depression rating scale, participants whose core mood symptoms were addressed showed the most improvement. Core mood symptoms include sadness, tension, pessimism, fatigue, and suicidal thoughts.

The rate of participation in the study was 90%. When the program ended, 13 of the 44 participants, who responded to a survey, agreed or strongly agreed that TIME was useful to them.

Next Steps
Researchers are rolling out TIME in a larger community setting with the Cleveland Epilepsy Association and support from the Cuyahoga County Addiction and Mental Health Services Board. An adapted version of TIME, called SMART (Self-Management for People with Epilepsy and a History of Negative Health Events), is enrolling individuals to participate in a remote program delivered through the web and phone.

Publication: Targeted Self-Management of Epilepsy and Mental Illness for Individuals with Epilepsy and Psychiatric Comorbidityexternal icon

1Centers for Disease Control and Prevention. Epilepsy Program, Us. Nearly one in five adults with active epilepsy lives alone based on findings from the 2010 and 2013 US National Health Interview Surveys. Epilepsy & Behavior. 2015;51:259–260.