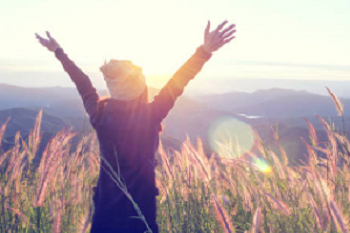 Depression is often underdiagnosed and undertreated among people with epilepsy, a brain disorder characterized by repeated and unpredictable seizures. People with epilepsy have many risk factors for depression, including restriction of driving (and therefore limited employability), stigmatization, isolation, dependency on others, and concerns about adding medications to the epilepsy regimen. Research suggests that depression is both biological and cognitive; thus, interventions may include medications for the biologic component and therapy to change patterns of thought.

The program is delivered over the telephone or the Internet; both modes are facilitated by a person with epilepsy and a Master of Public Health student, supervised by a licensed clinical psychologist. Telephone participants attend one conference call per week; Internet attendees log onto a secure web site to view one session per week and may log on multiple times to follow and participate in discussion boards. People who miss a telephone or Internet session are called by a research assistant who asks about their mood and well-being, and reminds them of the next session. If the research assistant perceives any acute distress, the clinical psychologist is notified.

Adults with epilepsy were recruited from a hospital-based epilepsy clinic and screened for depression using the Center for Epidemiologic Studies Depression Scale. Baseline, interim (8 weeks), and follow-up measures (16 weeks) were made for 53 participants who, after stratification by depression medication use (so that all groups would include some people who were taking depression medication), were randomized to the telephone or Internet program delivery mode. Participants in each delivery mode were further randomized to immediate treatment (intervention starting after the baseline measure) or wait list (intervention starting at week 8, after the interim measures were taken). Thus, four study strata were established, and the wait list groups served as controls for the immediate treatment groups. Outcome measures, collected by telephone by a research assistant, included depressive symptoms (measured by the Beck Depression Inventory [BDI]), knowledge (measured by 18 true-false questions), skills (measured by Likert scale responses to questions about perceived ability to use skills), self-efficacy (measured by the Depression Coping Self-Efficacy Scale), satisfaction with life (measured by the Satisfaction With Life Scale), and quality of life (measured by questions from the Behavioral Risk Factor Survey).

The median number of sessions attended was six. The main outcome measured—change in depressive symptoms—differed little by delivery mode: as measured by the BDI, mean depression scores decreased 10.2 (68%) for the telephone group, 9.2 (59%) for the Internet group, and only 1.8 (15%) for the wait list group. The intervention groups showed a greater increase in knowledge and skills than the wait list group, and this change was associated with improvement in depression. Differences in self-efficacy, satisfaction with life, and quality of life measures were not statistically significant; however, changes for these measures favored the intervention groups.2

Formative data suggested the program components were well received and beneficial; however, telephone participants expressed greater overall satisfaction with the program than the Internet participants did. Participants in both groups found that the group nature of the program, which facilitates communication among people with epilepsy, was an important component of the program.